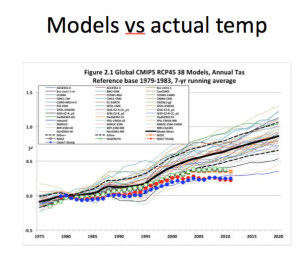 We already have Climate Audit, but now it looks like we may be getting “Climate Scientists on Trial”. Here’s a site you’ll want to subscribe to, bookmark – or at least visit on a regular basis:

As the name says, it focusses on earlier climate predictions made by the global warming alarmists (and there have been many) and compares them to what really happened. The climatechangepredictions.org site is run by Ian Hipwell, a retired lawyer from Sydney, Australia.

I think Ian will be a real asset because in his profession one is often trained to hold people’s feet to fire. Many like to say or write things, but are they able to back it all up later on. After all people who listen to these experts often act and make decisions based on the things said, and thus may incur either benefit or major damage as a result.

Alarmist scientists have said lots of things in the past, and it’s time to go back and look at them. The approach could be something like: Mr. Scientist, 15 years ago you said snow and ice would be things of the past, yet we are now seeing record snowfalls and harsh winters. Which is the lie?

In an e-mail to me Ian has written that although he is not scientifically trained, he has “followed the climate change issue as a hobby for some years. It was the name calling by AGW supporters that first made me suspect that the case wasn’t as strong as we had been led to believe.”

He writes that his intention is “to invite people to consider that perhaps the science isn’t settled after all“. Yes, the jury is still out.

And because so many of the earlier predictions made over the past 40 years have been within the realms of absurdity, Ian writes that the blog will surely provide a fair amount of humor. Indeed. For us skeptics the earlier claims of snow being “a thing of the past” and the Arctic being ice free by 2014 still continue to be the source of much laughter.

I think having this kind of blog, which devotes effort on examining past predictions, is a great idea because this is what science really gets down to. After all if the observations contradict the hypothesis and predictions, then the hypothesis is simply wrong.

6 responses to “Scientists On Trial? Retired Lawyer’s Blogsite To Examine Earlier “Predictions” Made By Climate “Experts””