“No pause, anywhere!” announced Stefan Rahmstorf in his latest article at KlimaLounge. And he added: “As our long-term readers know, there’s been a steady global warming since the 1970s, though it has been superimposed by the usual short-term fluctuations, it has not slowed down or accelerated by any significant means. […] As there has not been any slowdown, there has not been any pause or hiatus of any kind in warming.”

What is seen above is that the trend since 1970 has been in decline. The rise in the trend lines is becoming less and less., i.e. flatter and flatter. Meanwhile the global warming scientists have been telling us for year/decades that global warming would accelerate more and more as greenhouse gases increased.

In fact just the opposite has been true.

Here once again is the NOAA data in its original form from the NOAA site for the period of 1998-2015. 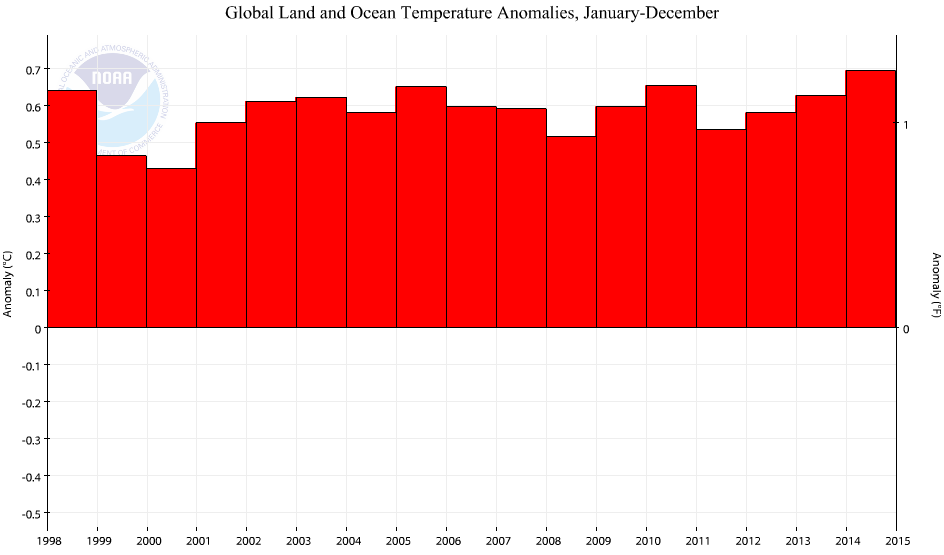 There are actually people who see in it an unabated global warming (in the range of 1/100 of a degree). Hard to believe. Yes, you only have to believe in it, and suddenly you’ll see it. It’s like the blotch images in psychology.