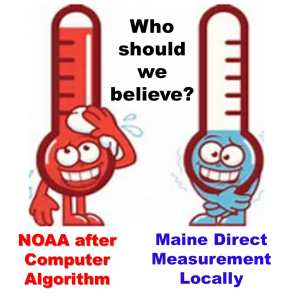 Unbeknownst to most Mainers, on May 6 the National Oceanic and Atmospheric Administration (NOAA) admitted to introducing Canadian weather stations to dramatically lower Maine’s past temperature averages over a 120-year time period.

In the federal government’s hysteria to preserve the mantra of continuous global warming, NOAA carved out a summed total of more than 2540F from annual mean temperatures of Maine climate past between 1895 and the present.

NOAA’s computer reprogramming scheme accidentally made southern Maine appear colder than northern Maine. Oops! This serves as yet one more example of fantasy climate manipulation. Common-sense Mainers can verify this at NOAA’s latest website, or see addendum at the end of this report.

There are several inconvenient truths that fly in the face of NOAA’s altered data. In 2015, Maine’s Penobscot Bay froze completely over for possibly only the sixth time since 1893. The Bangor’s Daily News just reported that Bangor set a record for low temperatures, experiencing a teeth-chattering average of only 340F (approximately 6,023 Heating Degree Days) over the first six months of 2015!

Local Lewiston climate records indicate the southern interior region will likely break a 111-year old climate record established in 1904 of 41.20F.  In the first six months of 2015, Lewiston has recorded 5,368 HDD.  The Lewiston region only requires 3,332 more HDD by December 31, 2015 to break the 111-record old record for cold temperatures.

Recent volcanic eruptions by Iceland’s Bardarbunga (August 16, 2014-March 2, 2015) will continue to have a cooling effect on Maine weather for the balance of 2015 and all of 2016, assuring the likelihood of a climate cooling record this year.  Temperatures could challenge the 1904 Lewiston, Maine record as the coldest year based on local records kept since 1893.

By the spring of 2014, NOAA had eliminated all possibility of Maine establishing cooling climate records (To be explained in an upcoming post). If the Lewiston region were to even hit 41.20F (8,700 HDD), NOAA could proclaim 2015 to be Maine’s 101st warmest year in history.

Local climate data confirms we have been experiencing regional cooling since 1998. Mainers should be encouraged to insulate and seek less expensive sources of residential and business heating, such as natural gas, heat pumps, geothermal and future technologies associated with thorium and hydrogen.  However, based on NOAA’s revised data, indicating a continuous warming trend, out-of-state lobbyists are encouraging Federal funding of more expensive electric generation with wind and solar.

In my opinion, NOAA has been corrupted by politicians with expensive climate agendas. Maine decision makers must first verify my claims and upon being proven valid, avoid NOAA climate data for setting present and future energy policy. Until NOAA is purged of corrupted political appointees, it is important to gather climate data from other non-governmental sources to make sound energy decisions.

The information below was taken from NOAA’s climate website found at: www.ncdc.noaa.gov/cag/time-series/us/true. 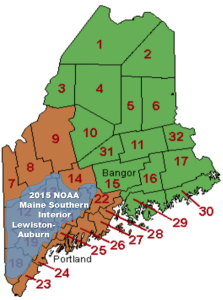 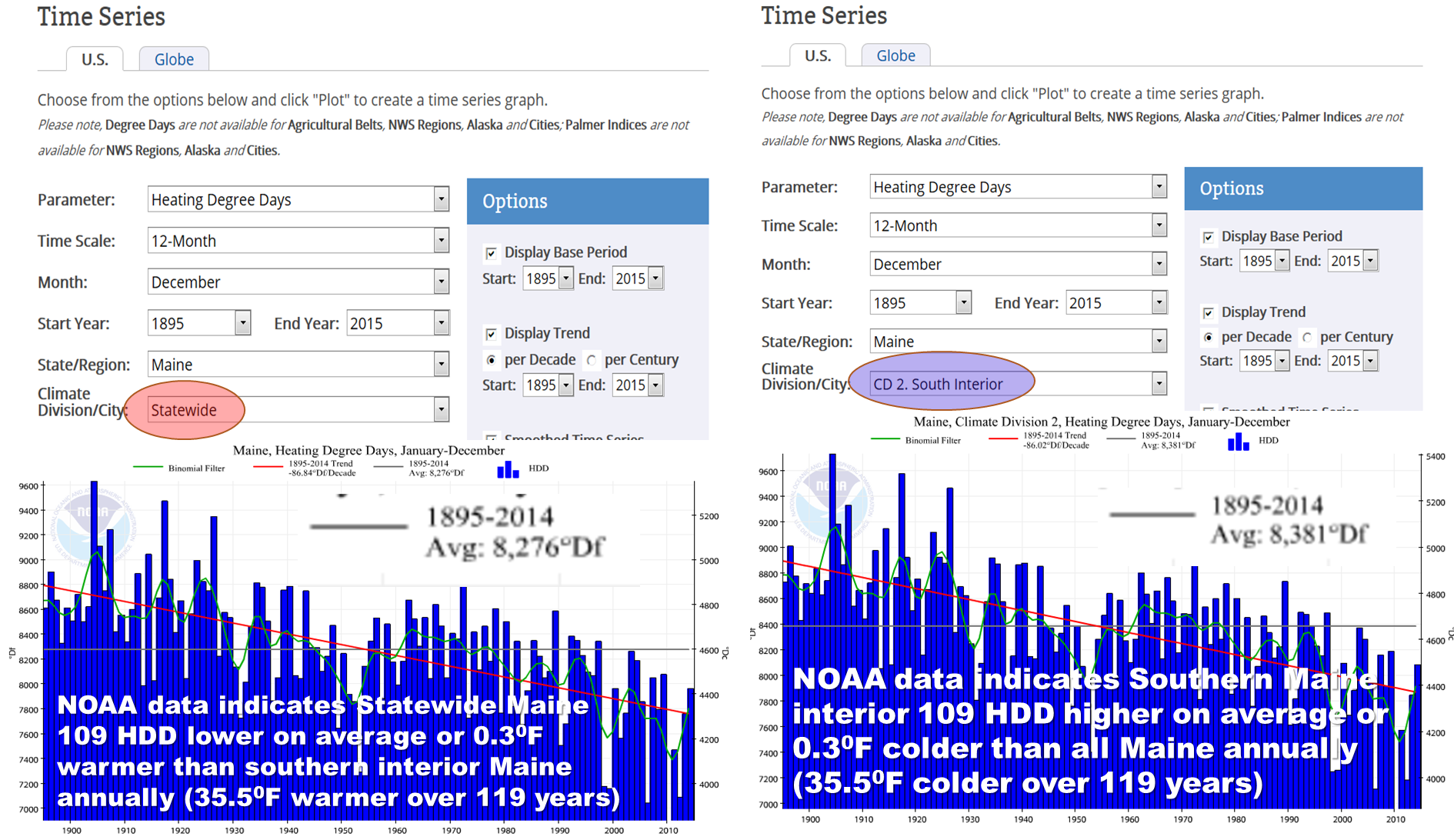