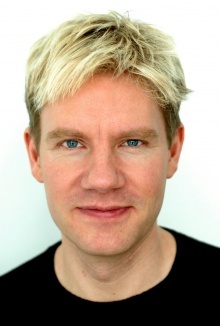 The German online Die Welt here has a commentary on wind energy by Danish economist Bjorn Lomborg. The title of his guest commentary: “Wind energy, powerless and expensive“.

Wind and sun energy are often viewed by fossil fuel critics as the go-to green energies. But careful analyses show that these energies are in reality impractical due to their haphazard supply and very poor efficiency. Most wind installations fail to reach 20% of their rated capacities; sun only provides power when it’s daytime and not cloudy. The figures that Lomborg presents are sobering, inconvenient and totally discouraging for wind and sun power proponents.

Citing the International Energy Agency, Lomborg writes so far today only 0.4% of global energy comes from wind and sun, despite the tens of billions of dollars invested in the energy sources. He adds:

Even in 2040, if all governments stick to their promises, sun and wind will cover only 2.2 percent of the world’s energy by 2040.”

Lomborg says that the reason why sun and wind will be “no decisive solution against climate change” is the energies’ inability to be effectively stored. He calls the belief that the energies are cheaper than fossil fuels a “Fata Morgana”.

The problem remains that storage technologies today are cumbersome, horrendously expensive and thus unfeasible. Wind and sun remain a luxury for the rich. Lomborg explains to readers how wind energy are dependent on subsidies, and that without them they make no sense. The Danish star economist points out that not only do wind and sun need subsidies, but now also so do fossil fuel plants so that they can remain on standby when the wind and sun go AWOL. He also says that wind and sun only save about half of the claimed CO2 emissions, and that under some circumstances they actually cause greater emissions.

He writes the planned expansion of green energies by the year 2040 will cost 2.3 trillion dollars and result in only in a mere 0.o175 °C less temperature rise by the end of the century (using the climate forcing figures provided by the climate models).

That means 1°C of theoretical less warming would cost 131 trillion dollars! If there ever was a new definition for insanity, that’s it.