Last time I spoke to common sense, I was told that lights are devices used to shed light – when it’s dark outside. But apparently not any more – at least in one German town. It seems that street lamps there have become devices that are powered by sunlight in the daytime, but don’t work at night (when most people have difficulties seeing). Hat-tip: Wolfgang Neumann at FaceBook. 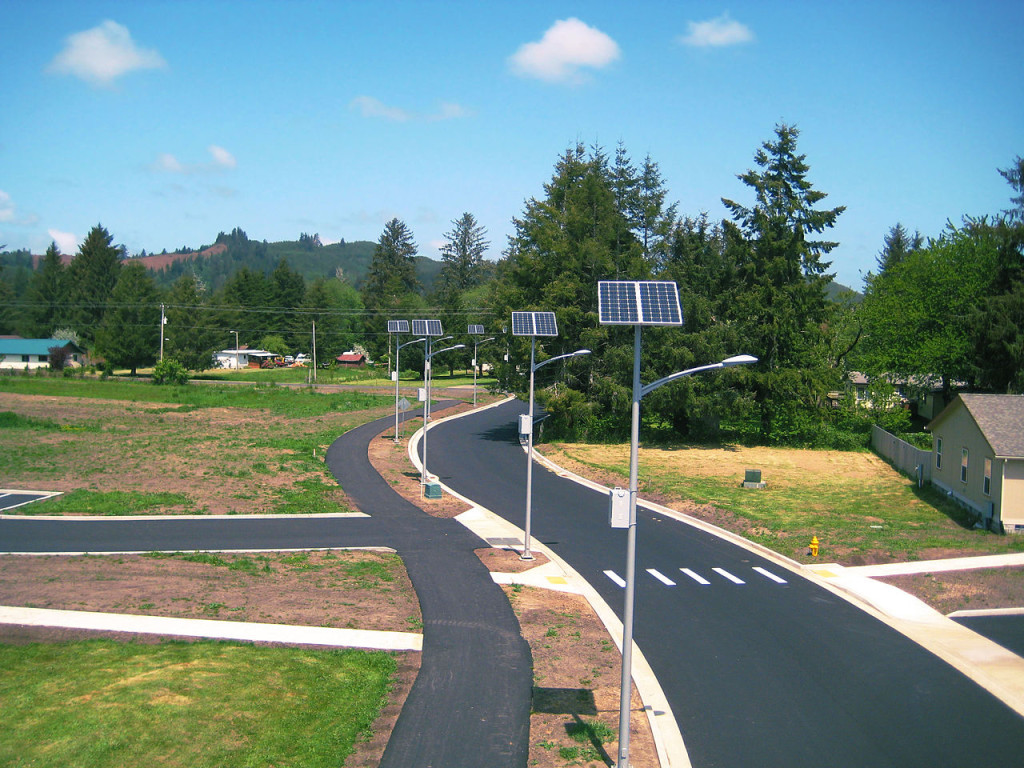 Solar powered street lamp (example only – not the ones in Gescher). Public domain photo.

German ZDF public television recently had story about how this summer the town of Gescher in the Muensterland region of North Rhine Westphalia installed new solar powered street lamps for the handsome sum of 28,000 euros (roughly $32,000). The 5 lamps are supposed to illuminate a 1500-meter stretch of a bicycle/pedestrian path to make it safe for children on the way to a sports facility.

The don’t work at night when they’re supposed to!

But the ZDF reporter tells us there’s just one small problem with the solar powered streetlamps:

…the new designer lamps have one very decisive disadvantage: When it’s nighttime in Muensterland, the expensive lamps unfortunately remain dark.”

Residents are shaking their heads at the botched investment, calling the project “senseless”, “a waste” and “absurd”.

ZDF tells viewers that during the day the sun was supposed to charge up the street-lamps batteries which in turn would power the lamps at night. But that just doesn’t seem to function. The lamps remain mostly dark at night. One resident comments: “They should just install a sensible line with sensible lamps. But the city just doesn’t listen“.

Gescher burgermeister Thomas Kerkhoff doesn’t understand what all the fuss is about. He defends the installation of the lamps, telling ZDF television:

For the exterior area of our sports facility we wanted to offer our bicycle riders, citizens and children a safe path, and thus five lamps are better than no lamps.”

Better (even if they don’t function).

This is just one example of many of the absurdity that can occur when green madness sweeps over the collective intelligence.