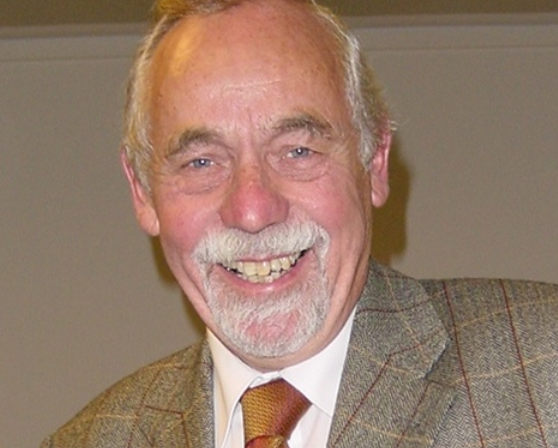 A few days ago I posted a piece about an article written by award-winning journalist Günter Ederer, who had reported on Prof. Karl-Friedrich Ewert’s analysis of NASA temperature data – data that he found to have been “incredibly altered” to show warming. That NTZ post has been shared or liked close to 20,000 times so far, making it one of the most shared ever at NTZ.

Prof. Ewert now writes that he has received many enquiries requesting to see his results. He has posted a reaction at the European Institute for Climate and Energy (EIKE) here. What follows is a summarized version I’ve translated.

Plot of unaltered data NASA GISS. The reference of 13.8°C is the IPCC’s global mean temperature for 1880. The cooling in the 5th phase was modest at first, until 1960, but then was significantly stronger, despite rising CO2. Atmospheric CO2 rose by 1 part for each 10,000 due to emissions.

Ewert writes that man has always known that climate change exists. And as science developed, the reasons were for this were discovered: changes in solar activity and the sun’s the interactions with the earth. Yet, beginning in the early 1980s, out of the blue, solar activity ceased being a factor and suddenly atmospheric trace gas CO2 morphed into the major factor and is now regarded as dominant for the development of the climate.

Ewert remarks that the climate movement first started out as one run by environmental activists, but soon also scientists saw they could exploit it for advancing their careers, and thus shifted their efforts to producing evidence and computer models to show that CO2 was the cause of warming since 1980 and that it would continue warming into the future respectively.

However Prof. John Christy of the Uni­versity of Alabama compared the projections generated by the most important computer simulations and found that the results were completely different. Therefore the standards of science were not met because these standards require that different approaches reach the same result. The computer results showed the exact opposite: a warming range of 0.3°C to 1.3°C by 2020! Which result can be valid when they are all different? None!

Ewert says it is false to claim that a few decades of data from the earth’s 4.5 billion year history are sufficient to say the models are reliable for simulating the climate of the future. He notes that German experts Ulrich Berner & Hans-Jörg Streif scientifically analyzed the geological past, up to the present, for German government institutes and have proven that climate warming by man-made CO2 emissions is not taking place as claimed.

Despite the expertly performed analyses by John Christy, and Ulrich Berner & Hans-Jörg Streif, climate politics continue to claim a manmade global warming is taking place due to CO2 emissions. The sole basis for the political claims are climate models projecting warming despite the current cooling phase. The planet is currently cooling. Although the IPCC said early on that forecasting the climate is not possible because it is a chaotic system involving a myriad of factors, governments and scientists continue to rely on the computer model forecasts.

Ewert writes that much evidence exists showing that CO2 emissions are meaningless, but that the evidence simply gets ignored.

One example is the more than 100 years of measured temperature readings that taken from weather stations worldwide. This is the reason it was necessary to manually evaluate the registered temperatures from 1881 to 2010 in detail. The results are available in the pdf-file report. The chart above summarizes what was found. It shows:

The long version (in German) can be downloaded in two parts from the annex.