Examining the hard data on sea ice extent at the Earth’s poles, it would be very tough to argue that the globe is warming.

Melting has stopped in the Arctic

In the Arctic sea ice extent has indeed on average dropped a million square kilometers. But a look at the plotted sea ice anomaly data we see that sea ice has in fact stabilized over the past 11 years. And when one looks at the past 5 years, we see a rising trend. 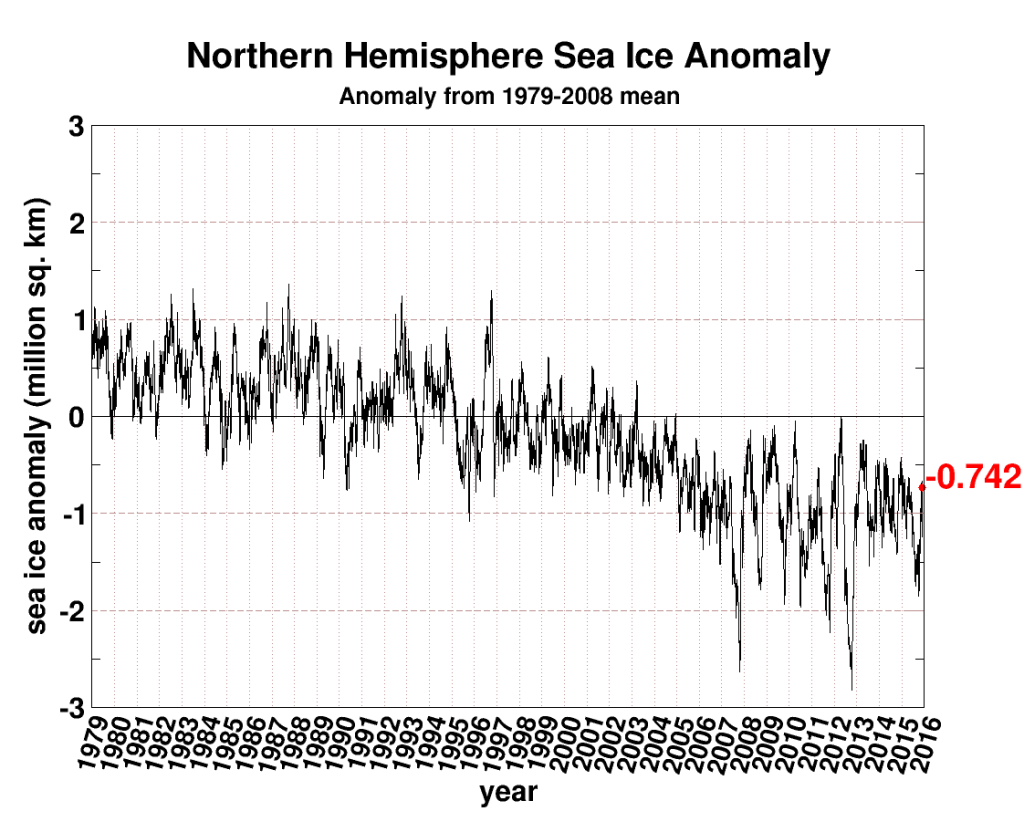 For global warming alarmists, Antarctica has been the huge inconvenience. A look at the plotted data over the past 20 years tells us that the mean Antarctic sea ice has been solidly above the long-term mean: 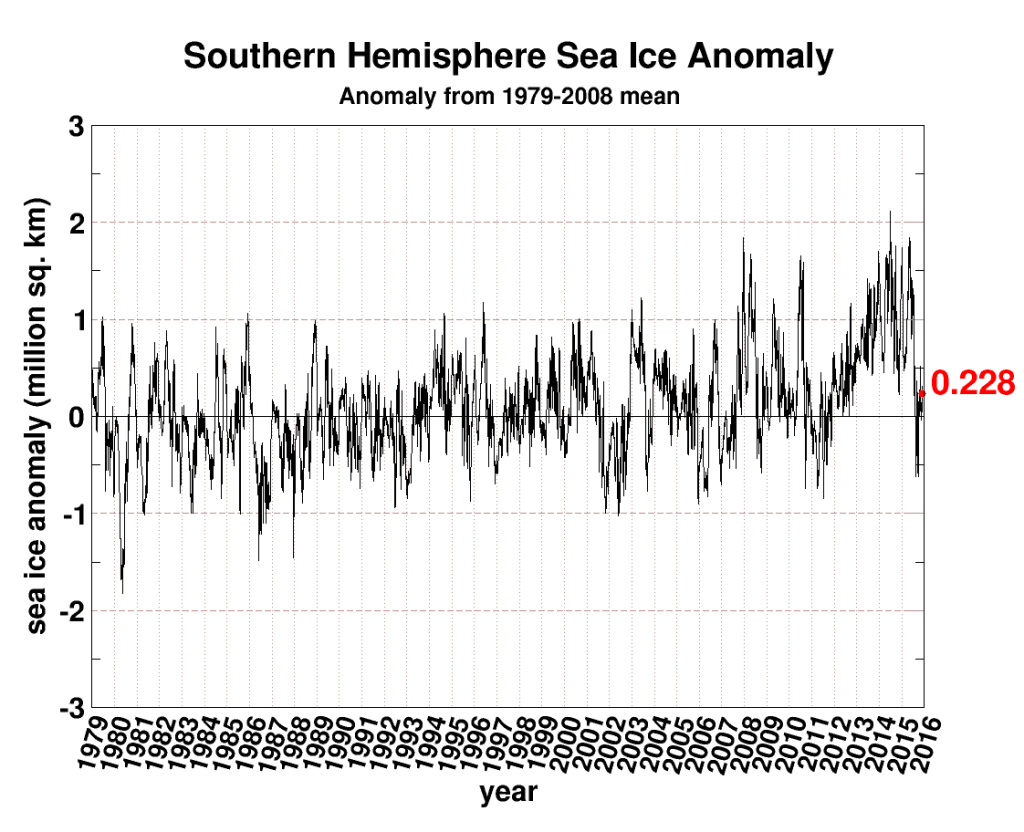 Two points are of great interest in Antarctica: 1) Sea ice recently stayed above normal for a period of more than 3 years, from 2012 to 2015. This is something that had never happened before during the satellite period. 2) The sea ice (long-term) trend in Antarctica over the past 30 years has undisputedly been one of steady rise. This has shocked a number of now very baffled climate scientists. 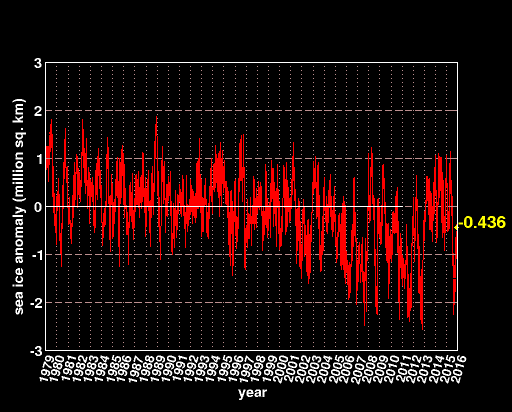 Global sea ice in fact has been at normal levels over the past three years. This is good news that obviously has yet to be communicated to the climate catastrophe-obsessed conference-goers in Paris.

14 responses to “Resurging Sea Ice: Antarctica Above Average Over Past 20 Years – Arctic Gaining Over Past 5 Years!”