Renowned sea level expert and geoscience professor Nils-Axel Mörner recently published a paper in the Journal of Religious Studies, Buddhism and Living titled: “The New Religion of Global Warming and its Misconception in Science“. 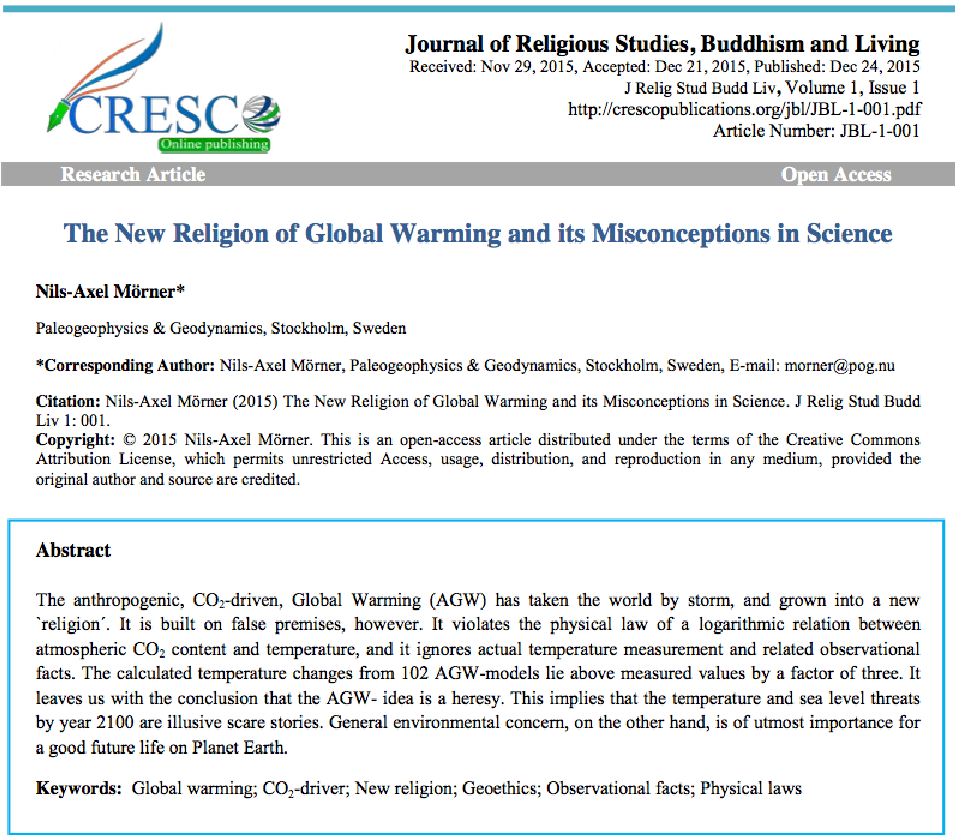 Obviously the retired professor from Sweden believes that today’s climate science is best discussed in a forum reserved for faith a religion.

Exaggerated by a factor of three

As the pictured cover abstract above shows, Mörner concludes that AGW is a “new religion” built on “false premises” and that it violates physical laws. He adds that “the calculated temperature changes from 102 climate models lie above measured values by a factor of three“.

Few scientists have published as much on the subjects of sea level rise, paleo-geophysics and geodynamics as Nils-Axel Mörner has. He is also a co-founder of the Prague-based Independent Committee on Geoethics.