Guest author Kenneth Richard has updated the lists of papers that do not support the claimed “climate science consensus” for 2014, 2015 and 2016 (just added). The updated list for 2015 has been posted (see right side bar under “Pages”) and now includes 282 papers. 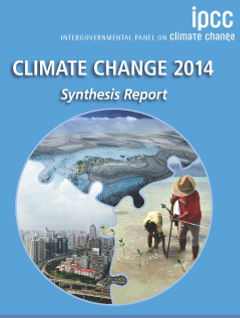 IPCC climate reports are emerging as only half reports. Image: IPCC

As the body of evidence refuting climate alarmism continues to balloon, the question of how the IPCC can continue ignoring it becomes ever more glaring. Clearly the IPCC has weighted alarmist papers over those that are not.

Now is not the time to disband the IPCC, but rather it is time to completely overhaul it and assure it does its task objectively and without an agenda.

Though most of the papers the Kenneth Richard lists support that climate change is happening (it always has) and that human activity appears to be one factor, the alarmist scenarios often trumpeted by the media and IPCC scientists are in fact turning out to be more hype and less reality.

According to Kenneth Richard, who has spent hundreds of hours meticulously analyzing the body of climate science literature, already this year alone (2016) some 133 consensus-skeptical papers have been published.