If you’re looking for an outstanding, powerful analogue that shows the likely future fate of climate science, Ian Leslie (of the Guardian, no less!) has it here. Hat-tip: Mikky 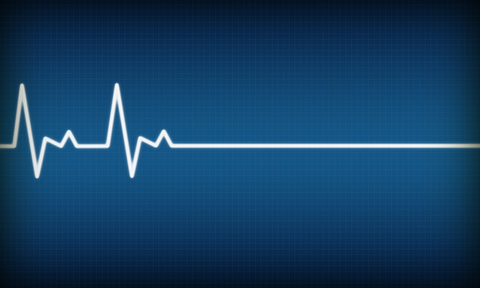 The high carb, low-fat science is crumbling with ever accelerating speed and in spectacular fashion. And because climate science was established in the very same way, it too will crumble just as spectacularly.

Just substitute the above in Ian Leslie’s outstanding “The Sugar Conspiracy” and you will see exactly what will happen to CO2 climate science. It’s going to take another one, maybe two decades. It’s a long read, but worth every word and minute.

And as you will see CO2 climate science is an exact carbon copy of the dietary fat scandal and will certainly suffer the same fate.

Leslie on The latest US Dietary Guidelines:

The 2015 edition of the US Dietary Guidelines (they are revised every five years) makes no reference to any of this new research, because the scientists who advised the committee – the most eminent and well-connected nutritionists in the country – neglected to include a discussion of it in their report. It is a gaping omission, inexplicable in scientific terms, but entirely explicable in terms of the politics of nutrition science. If you are seeking to protect your authority, why draw attention to evidence that seems to contradict the assertions on which that authority is founded? Allow a thread like that to be pulled, and a great unravelling might begin.”

On how science progresses:

In a 2015 paper titled Does Science Advance One Funeral at a Time?, a team of scholars at the National Bureau of Economic Research sought an empirical basis for a remark made by the physicist Max Planck: “A new scientific truth does not triumph by convincing its opponents and making them see the light, but rather because its opponents eventually die, and a new generation grows up that is familiar with it.”

The researchers identified more than 12,000 “elite” scientists from different fields. […] Searching obituaries, the team found 452 who had died before retirement. They then looked to see what happened to the fields from which these celebrated scientists had unexpectedly departed, by analysing publishing patterns.

What they found confirmed the truth of Planck’s maxim. Junior researchers who had worked closely with the elite scientists, authoring papers with them, published less. At the same time, there was a marked increase in papers by newcomers to the field, who were less likely to cite the work of the deceased eminence. The articles by these newcomers were substantive and influential, attracting a high number of citations. They moved the whole field along.”

On the Internet as an information source:

One of the scientists who called for the retraction of Nina Teicholz’s BMJ article, who requested that our conversation be off the record, complained that the rise of social media has created a “problem of authority” for nutrition science. “Any voice, however mad, can gain ground,” he told me. […]

But in areas where experts have a track record of getting it wrong, it is hard to see how it could be worse. If ever there was a case that an information democracy, even a very messy one, is preferable to an information oligarchy, then the history of nutrition advice is it.”

And rest assured, climate science will show the same.