In recent years glacier and ice sheet melt rates have been rapidly decelerating in several regions of the globe. 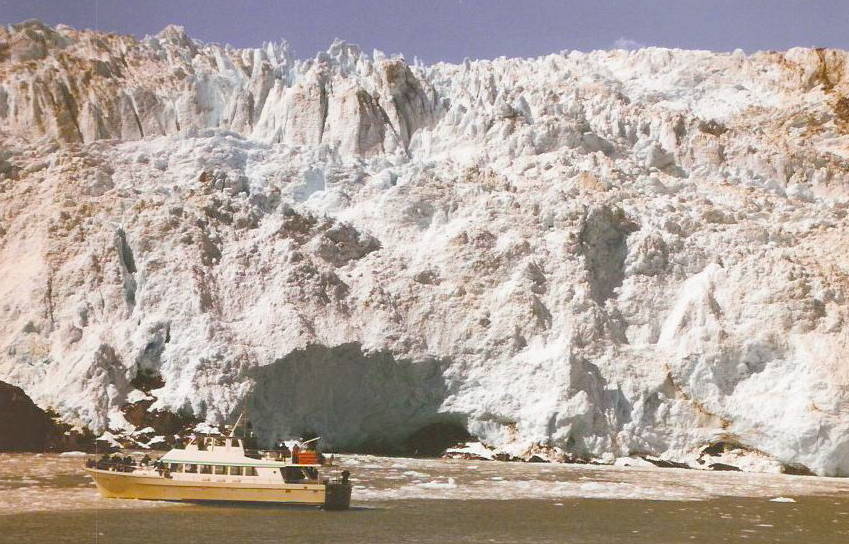 According to published scientific study by Jacob et al. (2012, Recent Contributions of Glaciers and Ice Caps [GIC] to Sea Level Rise), glaciers and ice caps across the world (excluding Greenland and Antarctica) in total only contributed 0.41 mm/yr (~1.6 inches per century) to sea level rise between 2003 and 2010.

This was an overall 30% deceleration from previous year’s estimates, with glaciers in the high mountains of Asia effectively in balance. The abstract states the results are based on a global, simultaneous inversion of monthly GRACE-derived satellite gravity fields, from which the scientists calculate the mass change over all ice-covered regions greater in area than 100 sq km.

The scientists say that the GIC rate for 2003-2010 is about 30 per cent smaller than the previous mass balance estimate that most closely matches their study period. Particularly the high mountains of Asia show a mass loss of only 4 ± 20 gigatons per year for 2003-2010, compared with 47-55 Gt yr(-1) in previously published estimates.

Some glaciers have reversed course, and now advancing

Furthermore a recently published (2016) paper indicates that the high mountain glaciers of Asia have actually begun advancing since 2009 (through 2014). A new paper published earlier this year by Zhang, Zhen et al shows similar developments. The scientists state that the glacier mass changes in the Muztag Ata and Kongur Tagh (MAKT) region in the eastern Pamir, northwestern China, is helpful in improving our knowledge of the dynamics of glaciers under a changing climate in High Mountain Asia. They summarize their findings in the paper’s abstract:

Yet another 2016 paper in the Internal Journal of Quaternary Research authored by a team led by Ireneuzw Sobota indicates that the Aavatsmarkbreen glacier (Svalbard) advanced by over 1 km between 2013 and 2015. The study’s main objective, according to the authors, was to analyse and classify subglacial and supraglacial landforms in the context of glacial deformation and basal sliding over a thin layer of thawed, water-saturated deposits. The study also focused on the geomorphological evidence of surge-related sub- and supraglacial crevassing and glacier front fracturing. The results:

And, already for 2016, the surface mass balance (see graph below, blue trend line) is well above the 1990-2013 mean, marking the third straight year of Greenland ice sheet melt deceleration. 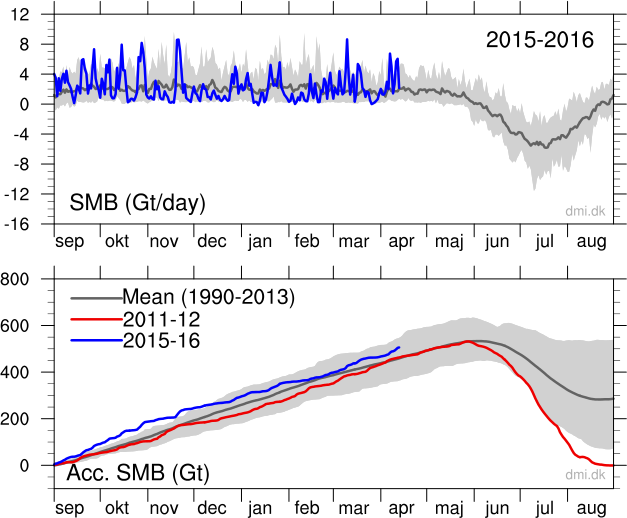