The Court ruled that the requirement is indeed constitutional. Full story here. 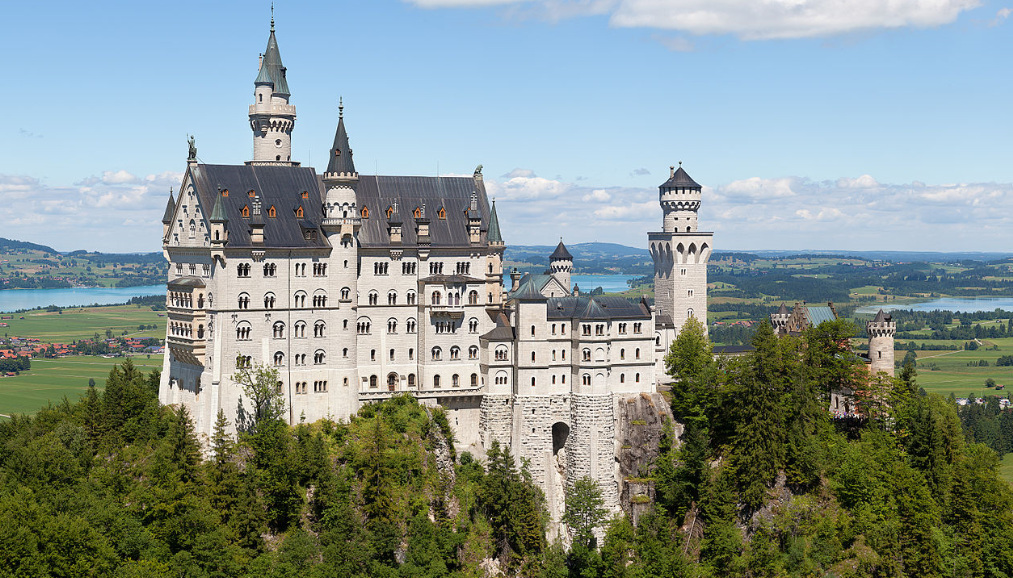 The ruling represents a major landmark victory for wind energy opponents, who have been increasingly shocked by the rampant destruction of Germany’s countryside and natural landscape. They greeted the ruling with loud cheers.

The Court’s decision marks a huge setback for the German wind industry, climate protection activists, and for the Germany’s once highly touted Energiewende as a whole.

10H remains amok energy policy. Us Greens are going to continue fighting for climate protection. With all our might!”

Wind turbine proponents were hoping to erect up to 4000 wind turbines in Bavaria, one of the country’s most fabled and idyllic regions and home to world renowned sights such as the Neuschwanstein Castle (see above).

The Court’s ruling sends a crystal clear message to the rest of the country, and to Europe: People have had it with watching their landscape being ruined today in order to maybe theoretically protect the climate of the year 2100.

After more than 2 years of legal battling, the Bavarian high court’s ruling was awaited with uncharacteristically high suspense from both proponents and opponents of wind energy. Wind energy supporters insisted the 10 H regulation violated the law.

Over the past months wind projects across Germany have been met with increasingly fierce opposition.

Under the 10 H rule, wind parks can be installed only if they have a minimum distance that is ten times the turbine’s height away from residential homes. That means a 200-meter tall turbine needs to be at least 2 kilometers away from the nearest residential area before it can be approved.

In Bavaria that would make the construction of most wind park projects virtually impossible.

The opponents are not in any way old nuclear power protesters. Among the environmentalists there is bitter discourse, as the price for clean wind energy is the total industrialization of the landscape. […] . In densely populated Germany, open views of natural scenery are becoming rare. For this reason some CSU parliamentarians in the state parliament find the love for wind parks by the Greens rather peculiar.”

Germany has some 26,000 turbines in operation producing some 85 billion kilowatt-hours of electricity annually – which is less than the country’s remaining 8 nuclear power plants. SAT1 writes that wind turbines “are also no efficient form of energy generation, as a glance at the power business shows.”

SAT1 adds that without subsidies, most turbines would not even turn a profit.

In total Germany already pays out about 25 billion euros annually in subsidies for green energy. Nevertheless CO2 emissions have not dropped in 7 years. In other words: well over 100 billion euros have bought nothing.

Clean energy supply with today’s technology is incompatible with the landscape that took 2000 years to form.”