At today’s Weatherbell Daily Update, meteorologist Joe Bastardi looks at the forecast over the next 15 days for Europe. The following chart depicts the forecast accumulated snowfall by January 27, 2017. 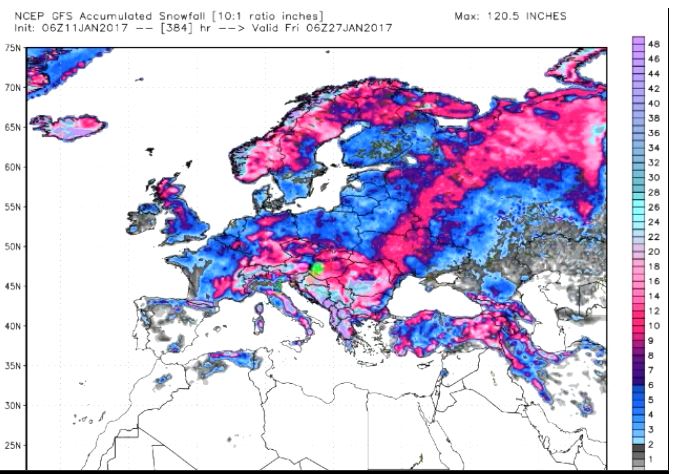 As the chart makes clear, plenty of winter snow is in the pipeline. The cold that Europe experienced earlier this month was likely just a preview of remains ahead for the continent. The widespread snow cover threatens to send nighttime temperatures to harsh levels. Bastardi even goes on to say that the snowfall over Europe will be “a big headline maker”.

Bastardi, a veteran in the forecasting business, also shows the GFS temperature outlook for January 22-27, which will follow 10 days of below normal tempertaures: 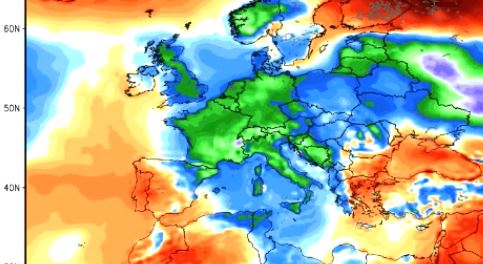 Almost the entire European continent will gripped by cold during the period. Joe promises that we are going to be seeing weather headlines coming out of Europe, and may well be similar to what happened in 2013.

That likely means a very late spring. The gardening industry should take note.

7 responses to “Europe Cold Only A Preview: Meteorologist Bastardi Warns Of “Weather Headlines Coming Out Of Europe”!”