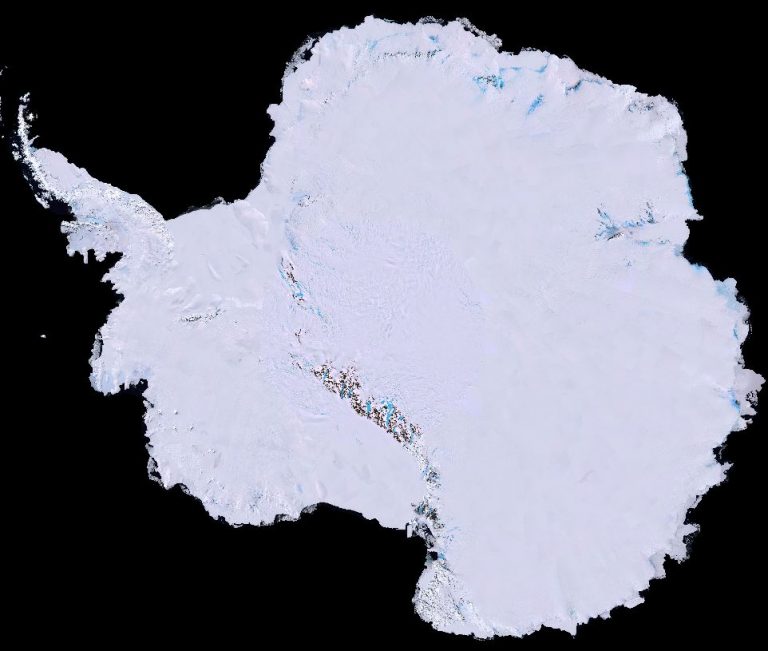 A huge crack recently formed through the Antarctic Larsen C ice shelf. The German Tagesspiegel here was fair and did not attribute it to climate change:

A huge iceberg threatens to break away from Antarctica
An iceberg twice the size of Saarland threatens to break off the Larsen-C ice shelf. That’s a rare spectacle. […] ‘The crack is probably 160 kilometers long and 300 to 500 meters deep,’ the project-involved scientist Martin 0′Leary told the German Press Agency on Saturday. A direct connection to climate change cannot be ascertained.”

That’s a normal process: Self ice forms, but does not last forever. Time and again cracks form and chunks break off. During the Little Ice Age the shelf ice was more extensive and stable. Before that, during the Medieval Warm Period, the shelf ice melted similarly like today. If one looks at the past 150 years — the global rewarming since the Little Ice Age — then no one wonders that the Antarctic shelf ice retreated 5 meters per day between 1900 and 1930. Over the past fifty years things probably have looked different, as the Antarctic sea water has cooled over the past 50 years. According to Sinclair et al. (2014), the Ross ice shelf has expanded 5%. Apparently the Antarctic sea ice is indeed more stable than previously thought.

A look back over the past 10,000 years yields additional amazing facts. A series of Antarctic shelf ice regions in fact shrank drastically during this time, or even disappeared completely. For example in Solomina et al. (2015):

During the Holocene thermal maximum 6000 years ago, the outer edge of the Amery ice shelf was 80 km closer to the coast than it is today, as documented by Hemer & Harris (2003) in Geology. The abstract:

An increase in sea-ice–associated diatom deposition in the upper [=late] part of the Holocene suggests that a major retreat of the Amery Ice Shelf to at least 80 km landward of its present location may have occurred during the mid-Holocene climatic optimum.

With a little interest in climate science, things suddenly appear much better. Efforts need to be made against the suppression of history and to prevent the pre-industrial climate history from becoming forgotten.