Soon after global warming alarmists hollered that the Arctic was in collapse, the conditions there have just swung to the opposite direction with Arctic temperature diving back to normal levels and sea ice expanding back to near the mean of the last decade. Once again we see that this is weather at work and does not really have anything to do with climate.

In fact, NCEP predicts sea ice levels to recover back to normal levels later this year, though Joe Bastardi remains very skeptical on that point. 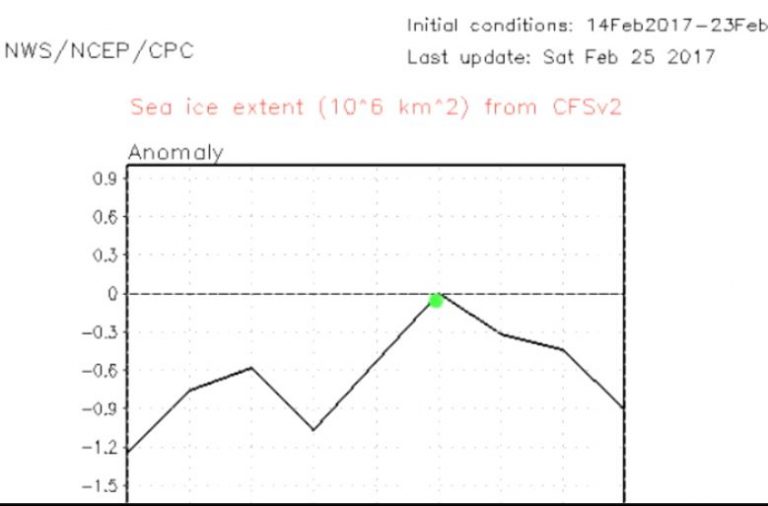 Also at the 7:10 mark Bastardi also points out that the Arctic temperature has cooled to the lowest level so far this winter, and that it is also expected to be cool in late summer. What’s behind it? It’s the fickle nature of weather.

Low Arctic sea ice extents are in fact nothing new. Before the satellite era, Arctic sea ice was also at very low levels, observed back in the 1950s…something alarmists avoid bringing up.

While the poles in total are below the mean with respect to sea ice, Greenland snow and ice mass is “way way above normal”, Bastardi says, citing official data: 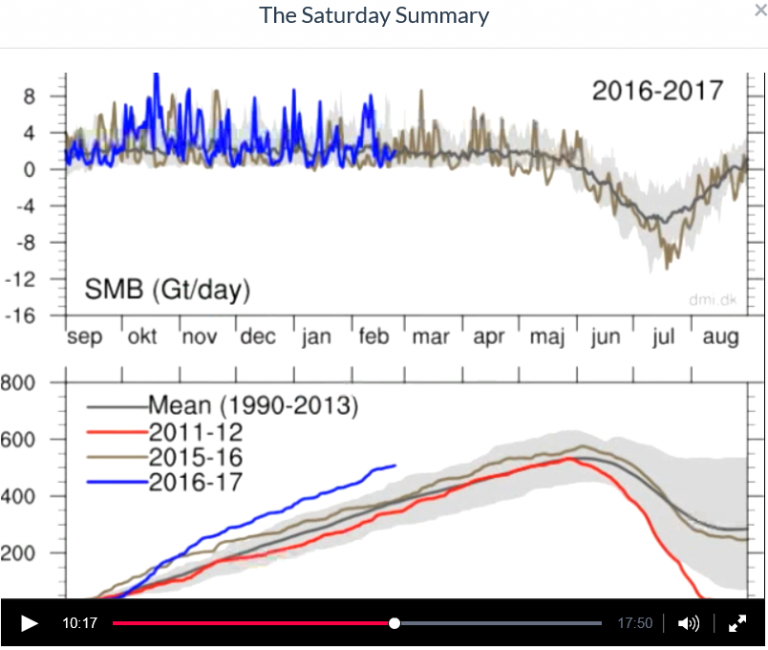 At the 11:30 mark, Bastardi slams all the bogus predictions of “permanent droughts” made by alarmists and media. These droughts have all since disappeared due to heavy rains which were never supposed to happen again.  Joe explains that the weather system is self-correcting and comments on those who are now trying to blame the mysterious drought-ending rains on climate change:

And then when that happens, they say, well, it rained so hard that it’s climate change. It’s…it’s just looney bin”.

Recently elements of the fake news media have been trying to pin the blame for the warm North American February on climate change. For example German alarmist and climate activist site Klimaretter here writes concerning the warm February on the US east coast: “The anomaly is one of the many signs of a galloping climate change.”

Of course (showing just how hopelessly confused the writers at Klimaretter are when it comes to distinguishing between weather and climate) they ignore that the same region will be turning wintry again in March — just when spring is supposed to be arriving instead: 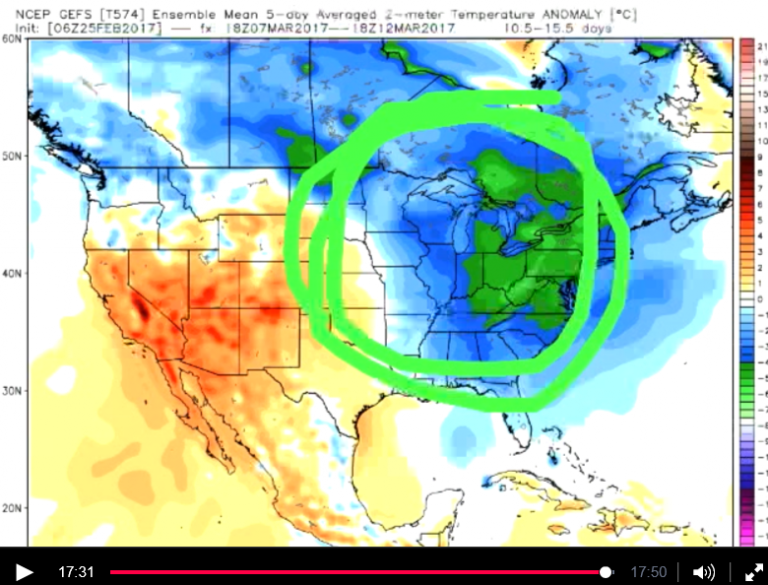