The Arctic and the Northern Hemisphere surprise experts with impressive snow and ice gains, decade-long stability.

Reader David at Facebook brought my attention to the fact that Greenland this year has in fact been increasing in ice mass.

The National Snow and Ice Data Center (NSIDC) was forced to admit:

Overall, however, reduced melting and heavy early springtime snowfall may result in a net increase in Greenland’s ice mass this year for the first time this century.

The 2017 melt season has been less intense than recent years, and is below average melting for the 1981-to-2010 reference period. Surface melting has been low in the southeast, and has been limited to coastal regions at low elevations. “

What follows is the chart provided by the NSIDC: 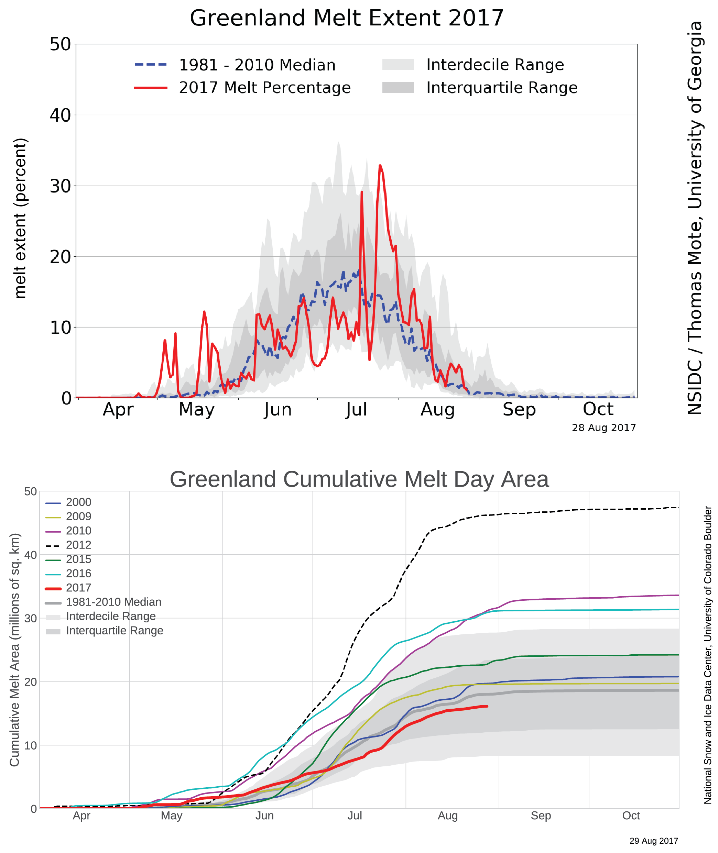 Greenland’s ice melt this season has been well below normal, the NSIDC reports, and may end up seeing a net increase this year for the first time this century. Chart: NSIDC.

Meanwhile the University of Rutgers reports that Northern Hemisphere snow extent in August, 2017, was above normal at 2.915 million square kilometers, some 118,000 square kilometers above the mean.

Arctic sea ice, unquestionably in decline since satellite measurements began in 1979 – which was a peak period for sea ice cover – has shown surprising stability over the past 10 years despite all the claims “the Arctic is melting rapidly“. 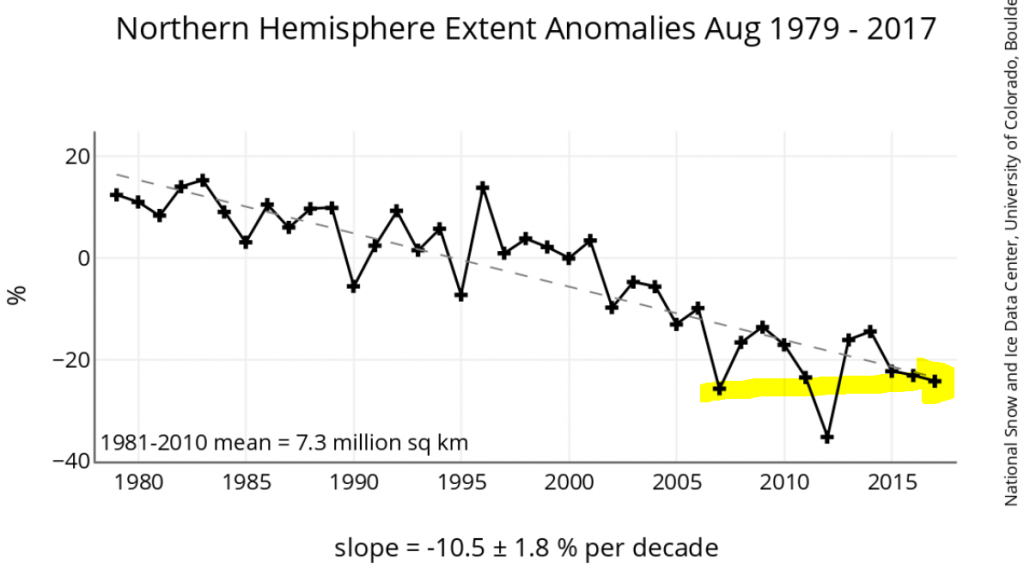 The plot of Arctic sea ice shows that extent did not even come close to setting a new record, which many alarmist experts had predicted earlier this year. Indeed the following chart shows Arctic sea ice has already begun to increase – some 7 – 10 days earlier than normal:

Just as we discussed the situation on Greenland above, the sea ice surrounding the Danish island has been extraordinarily high this year, thus extending a stable ice extent plateau of the past 17 years.

It’s no surprise that the ever more desperate climate alarmists have decided to chase hurricanes this year. The Arctic is not cooperating with the warming, “death spiral” scenarios any longer.