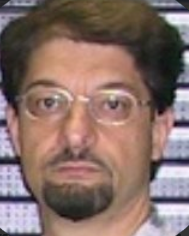 At Twitter physical scientist Ned Nikolov informs us of a 2015 paper that “finds NO trend in global Tropical Cyclone Activity between the decade 1965-1974 and the present. Hence, warming has NOT affected hurricane activity for the past 45 yrs! ”

The ACE index is used to compare tropical cyclone activity worldwide among seven decades from 1945 to 2014. Some increase in tropical cyclone activity is found relative to the earliest decades. No trend is found after the decade 1965-1974. A comparison of the six cyclone basins in the study shows that the Western Pacific Basin is the most active basin and the North Indian Basin the least. The advantages of using a general linear model for trend analysis are described.”

“Essentially zero” correlation over past 140 years

In a separate tweet, Nikolov examines the scientific evidence behind all the speculation & claims have been made by both the media and some scientists about an alleged connection between human industrial growth and hurricane activity over the past 100+ years.

Here’s what he found: 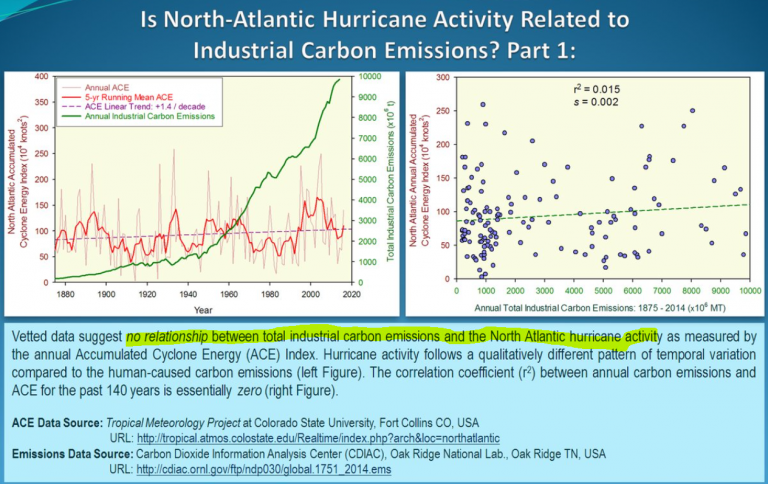 Nikolov writes that the correlation between annual carbon emissions and accumulated cyclone energy (ACE) for the past 140 years is “essentially zero”.

He also looked at three other hurricane characteristics, namely intensity, number and duration: 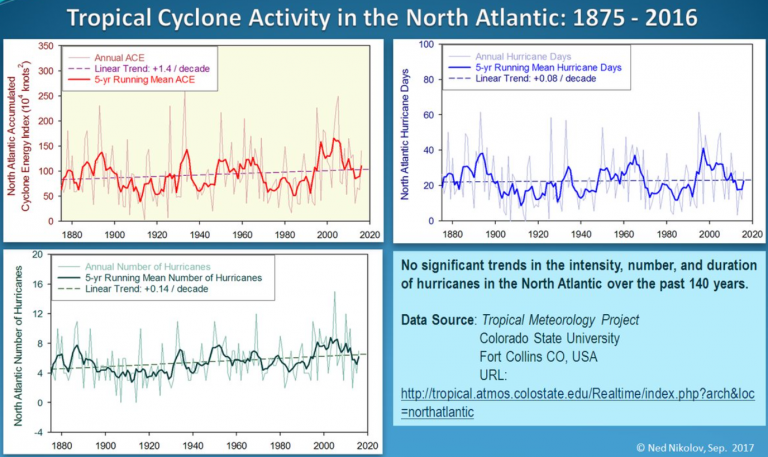 Here he summarizes that there is “no significant trends in the intensity, number and duration of hurricanes in the North Atlantic over the past 140 years”.

The physical scientist also cites a recent 2017 paper to summarize that long-term hurricane activity in the North Atlantic is “best explained by zonal trade wind speed over Caribbean Sea & tropical Atlantic, not CO2“.