Dark Days For German Solar Power, Country Saw Only 10 Hours Of Sun In All Of December!

What follows is a chart showing the measly amount of power that Germany’s more than 40 gigawatts of installed solar electricity capacity actually managed to produce (yellow) in December, 2017 (you may have to squint): 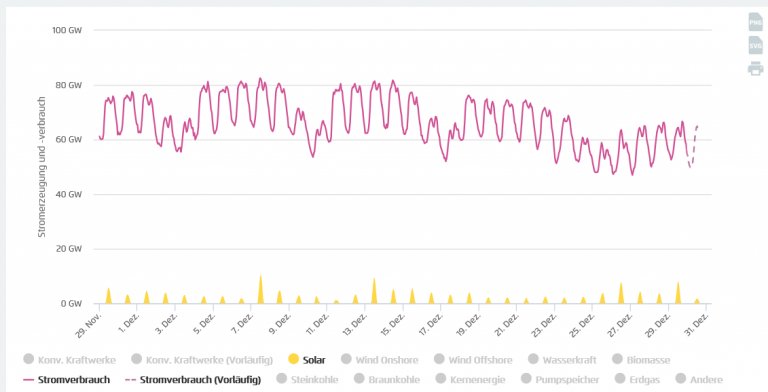 Now that you’ve fallen on the floor with laughter and managed to get back on your chair, you can understand what is going on in green la-la-land.

This is the story of Germany’s Energiewende: install as much capacity of each type renewable energy as possible, and hope that one of them works when the others don’t. Currently Germany has well over 40 gigawatts of installed PV capacity, enough to power half of the country at lunchtime on a sunny day. But it all does nothing at night, or in the wintertime when the sun stays blotted out by Germany’s notoriously cloudy climate and short daylight hours.

This past December in Hanover the the sun shined a mere 10 hours over the entire month. In Lüdenscheid the sun was seen less than one hour! 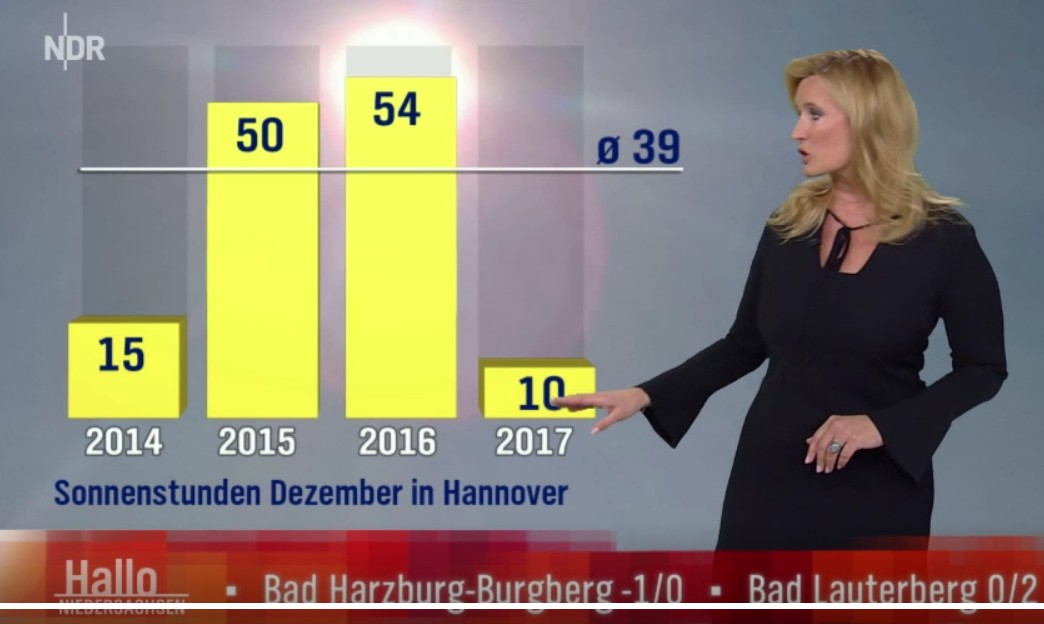 Weathergirl Claudia Kleinert of NDR television above showed on ‘Hallo Niedersachsen’ [Hello Lower Saxony] the number of sunshine hours in December 2017. Hanover reached a whole 10 hours for December. The average value for December in Hanover is 39 hours, thus this past December reached only a quarter of the sun’s usual output.

The operators of photovoltaic systems have not seen any real output at all. Imagine if the coal power plants had operated only 10 hours for the whole month of December, and only a bit over the daytime. They’d be mothballed immediately because of lack of economy.”

60 responses to “Dark Days For German Solar Power, Country Saw Only 10 Hours Of Sun In All Of December!”