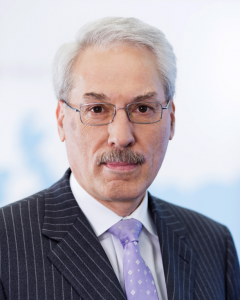 Lately the sun’s activity has been very quiet as the star at the center of our solar system transitions over to a new solar cycle. April sunspot activity was very low in May. Vahrenholt then cites a recent study by Lewis and Curry showing that climate sensitivity to CO2 is in fact “up to 45% less than what the IPCC and the mainstream of climate science would like to have us believe.” Vahrenholt comments:

What was interesting however was the reaction of the mainstream: the methods used by Curry and Lewis in the study were not doubted. However, it could mean – according to the mainstream – that the earth will react very differently to CO2 in the future, i.e. get warmer. That’s what we can call speculative science, namely trust in the models which in the past have failed and have not been able to depict ocean circulation and clouds.”

So with CO2 not being at the factor it was made out to be, and because the Paris Accord is based on the spectacle of a rapidly warming planet, Vahrenholt writes that the “foundation of the Paris Accord has collapsed.”

Only Europe and Canada exiting coal

Another reason the Paris Accord is collapsing is because it’s not going to do anything we were promised it would.

When it comes to coal, Vahrenholt notes, so far only Europe and Canada have expressed some sort of a commitment to exit coal, and then he reminds us China, India and all developing countries will still be permitted to continue “massively” expanding their use of coal. He writes:

In China 280,000 MW and in India 174,000 MW are going to be added. By comparison: the entire brown coal fleet in Germany has a capacity of 22,700 MW. 1600 coal-fired power plants will be built in 62 countries across the world, most of them, by the way, will be built by Chinese power plant builders with the help of credits from China. Approximately 15,300 MW in Pakistan, 16,000 in Bangladesh, and even Myanmar with 5100 MW. (Source: South China Morning Post).

In other words, Angela Merkel and her green punch drinkers think the climate is going to be saved if Germany shuts down 1/20 of what China and India are going to add. No wonder Trump dumped the idiotic Accord.

And to illustrate what a farce the Paris Accord has become, the German energy expert adds: “In total, coal power plant capacity will expand by 43% worldwide.”

Germany to lay out the blueprint for its own demise

Currently Germany is gradually growing obsessed with the idea of a coal exit, and is setting up a Coal Commission to launch the endeavor. The Commission “however will not be made up of energy, power grid and technology experts, but rather with Greenpeace, BUND and local citizens initiatives who are against brown coal,” writes Vahrenholt.

“The idea of including critics of alternative energy, which has become the largest destroyer of nature since WWII, never dawned on any politician.”

The Coal Commission of course should include Prof. Hans-Joachim Schellnhuber, fiormer director of the ultra-alarmist Potsdam Institute and architect of the Great Transformation masterplan, which calls for an immediate end to the economic model that is based on “fossil industrial metabolism”, making climate protection the “fundamental target of the state by which the legislative, executive and judicial branches are to align themselves.”

A dismayed Vahrenholt sums up:

82 responses to “Coal Use To Explode By 4382 Worldwide! …German Energy Expert: “Foundation Of The Paris Accord Has Collapsed””