Not a single EU state is meeting its climate targets, a new analysis by CAN Europe finds.

It’s been close to three years since countries worldwide signed the Paris Agreement, which obligates nations pledge to commit themselves to intending (or something like that) to reduce their greenhouse gas emissions in order to “safeguard the planet’s future”.

The language of the Agreement is in fact non-binding, and so one wouldn’t be surprised to learn that some signatories might not be living up to the agreement’s spirit.

Well, here’s the real shocker: According to a new analysis by nongovernmental organization CAN Europe, all EU countries are missing the Paris Agreement targets, as assessed by CAN Europe.

So now it’s crystal clear: Europe was never really serious about implementing the Paris Agreement from the very start. It was nothing more than a New Year’s resolution which no one ever intended to stick to.

Little wonder ex-NASA GISS director James Hansen just told the Guardian: “…the relevant hoax today is perpetrated by those leaders claiming to be addressing the problem.”

The aim of the CAN Europe report was to examine “which EU Member States are willing to increase their climate action and tackle the gap between the goals of the Paris Agreement and current greenhouse gas emission reduction efforts in the EU.”

The final results? According to the CAN Europe:

The ranking shows that all EU countries are off target: they are failing to increase their climate action in line with the Paris Agreement goal. No single EU country is performing sufficiently in both ambition and progress in reducing carbon emissions.”

The chart on page 5 of the CAN Europe report shows us that a whopping 23 of 28 European countries are in fact performing poorly or even very poorly. 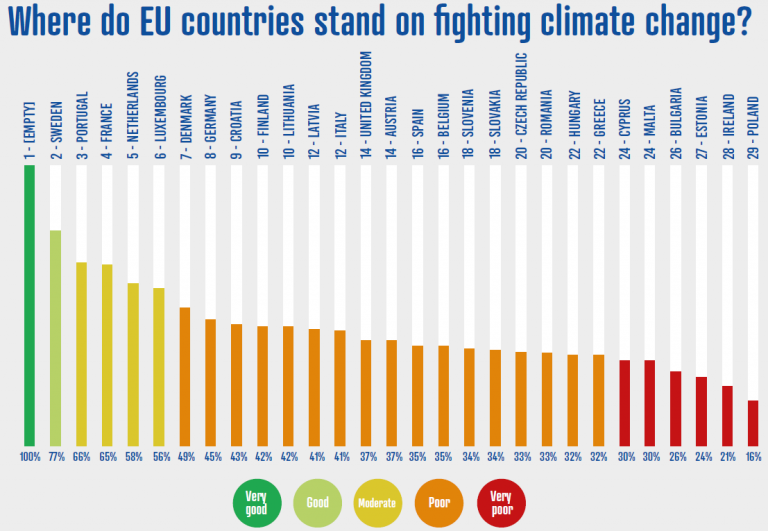 The nongovernmental organization assessed the European countries according to a variety of factors, especially pro capita emissions and progress on expanding renewable energies. For example leader Sweden met 77% of the CAN measures, while Poland met only 16%.

Overall, poor countries performed far worse. This could in part indicate that green energies are more a trend for the rich and snobby countries.

Moreover, just days ago, Germany was forced to admit that it would fail to meet its greenhouse gas reduction targets by a broader margin than first believed — “an embarrassing admission for a government that wants to lead the charge on limiting climate change.”

Even more embarrassing: Germany in reality has not reduced its emissions in 9 years and there are no signs this trend will change any time soon!

In fact since 2007 the USA alone has reduced its CO2 emissions by approximately 700 million metric tons annually, which is in the neighborhood of Germany’s total annual output! 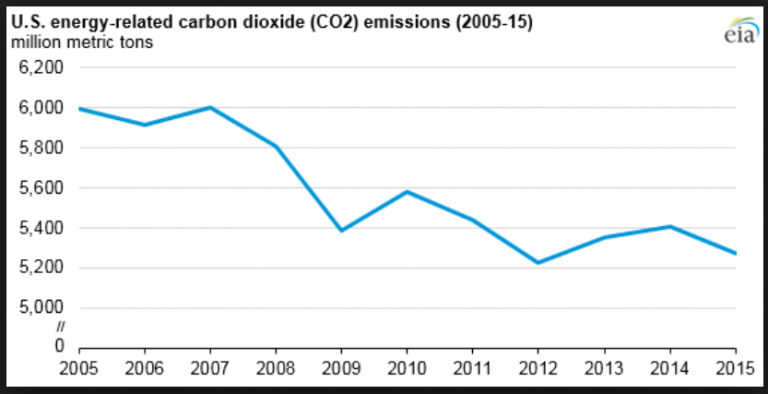