New Study: Denmark Sea Level Was 11-12.5 Meters Higher Than Now During The Mid-Holocene 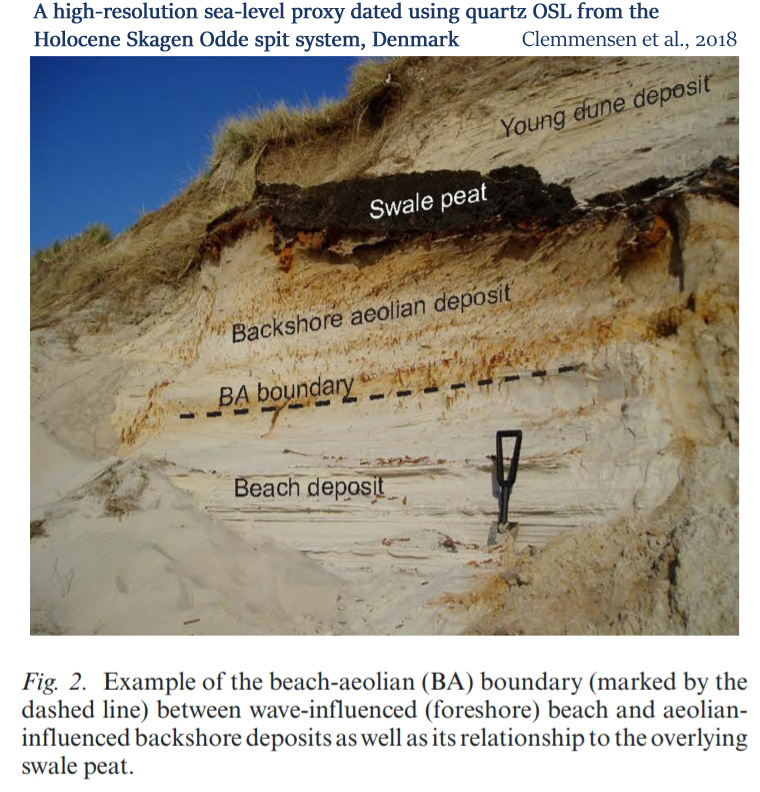 Most Holocene reconstructions do not indicate that sea levels were more than about 5 meters above present between about 9,000 to 4,000 years ago.

But a new study utilizing well-preserved beach facies along the coasts of northern Denmark indicates that sea levels were as much as 12.5 meters higher than they are today during the Mid-Holocene.

This new research using high-resolution sea level proxy evidence can be added to the list of 75 other recently published sea level papers indicating that global sea levels were on average about 1 to 5 meters higher than they are now (depending on location) just a few thousand years ago.

“The raised spit deposits at Skagen Odde, northern Denmark, offer a unique possibility to study spit evolution over the past 7600 years. The deposits contain well-preserved beach facies including the transition from wave-formed foreshore to aeolian-influenced backshore sediments. After correction foroffset and isostatic spatial gradient, we have been able to use this boundary as a proxy for palaeo-sea level.”

“Measurements at 57 sample sites covering ~17 km along the northwestern coast of the spit indicate that this boundary first rises towards the northeast, then reaches a maximum relative sea level at about 12.5 m above present mean sea level [apmsl] before gradually decreasing toward the most recent part of the spit.”

“By pairing all boundary elevation measurements with an OSL age, the variation in elevation with age has been determined directly. The resulting curve reflects variation in relative sea level with time; we conclude that relative sea level initially rose between c. 7600 and c. 6250 years ago, reached a first peak value around 12.5 m apmsl [above present mean sea level] and a second peak value around 11 m apmsl c. 4600 years ago before it dropped to reach 2 m apmsl c. 2000 years ago.” 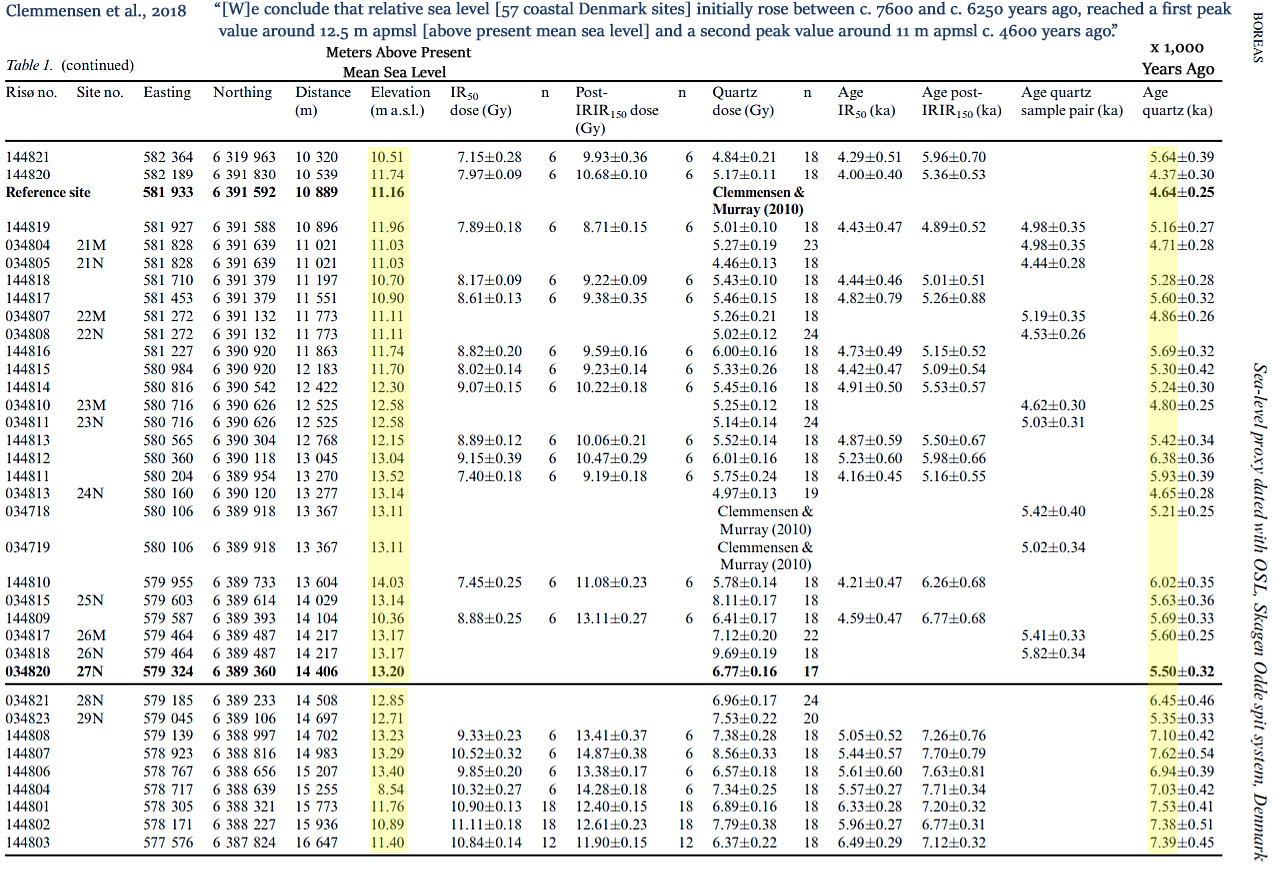 9 responses to “New Study: Denmark Sea Level Was 11-12.5 Meters Higher Than Now During The Mid-Holocene”