The Arctic and North Atlantic have suddenly turned surprisingly cold. First, according to Weatherbell meteorologist Joe Bastardi, the northern Atlantic has turned cold; so cold in fact that Bastardi called it “impressive”: 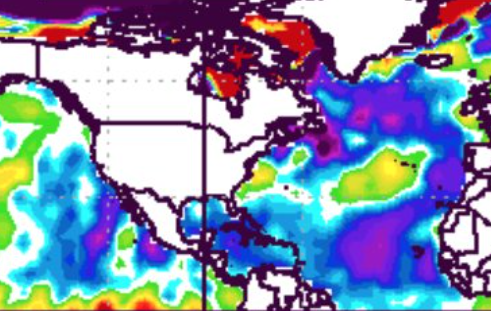 “impressive”…coldest Atlantic on record (since 1982)

All the Atlantic cold could have a big (positive) impact on the upcoming hurricane season, says hurricane expert Philip Klotzbach. One week ago Klotzbach tweeted:

Also much of Canada has been cold and the forecast for the next 15 days shows little warming. Labrador was hit severely by a winter storm just days ago.

According to the CBC: “6 feet of snow around Labrador lodge ‘unprecedented’ this late in June. This is the latest in the season to have this much snow at Igloo Lake Lodge, says operator.”

As the following chart shows, there’s no relief from the cold there in sight: 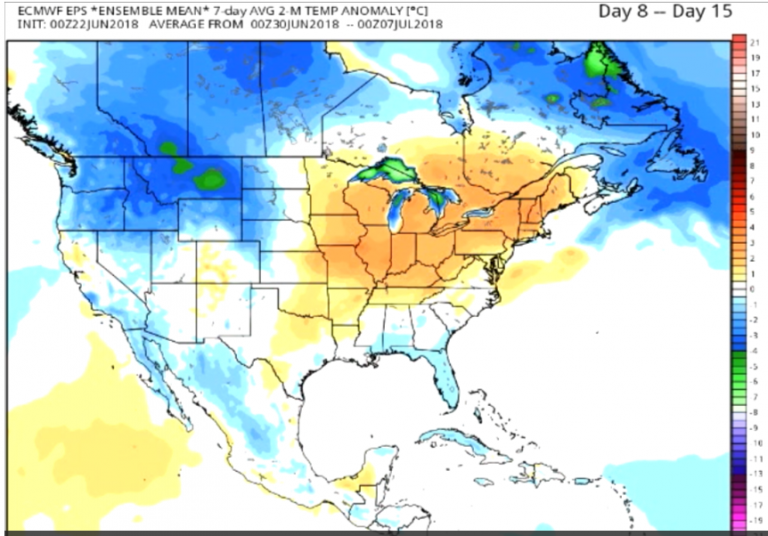 Labrador may not get a summer, most snow in 50 years

At Friday’s Weatherbell Daily Update, Joe Bastardi  said: “Boy, I’ll tell you what. Canada is just not getting a break. There it’s just really cold. And it’s still plenty cold up here in Labrador where they haven’t had a summer at all, and they may not!”

Just days ago the Weather Channel here reported that there was still six feet of snow: The headline: “Labrador, Canada, Hasn’t Seen This Much Snow in June in 50 Years.”

Yesterday, on the second day of summer, snow fell in Poland! according to Severe Weather Europe at Facebook.

In Ukraine in the Karpaten 27 children had to be rescued from summer camp by emergency crews as “several centimeters of snow fell and temperatures dropped near freeing,” the German Weser Kurier here reports.

Looking at the Arctic, Japanese skeptic blogger Kirye tweeted here that the sea ice volume remains strong, and is even a bit above the 2004-2013 mean. 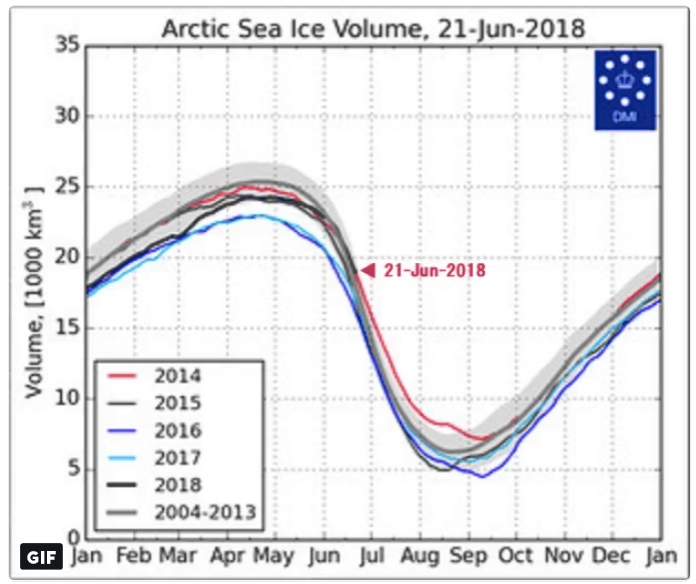 All of this is much to the detriment of the latest Ship of Fools episode, where activists have chartered Russian ship “Akademik Ioffe“ with the aim of carrying out another climate-change publicity stunt later this summer. There’s a real risk the mission might produce the opposite of what they intend. We’re all watching.

Prominent climate skeptic Tony Heller also posted here the following chart showing that Arctic ice volume has rebounded over the past years and stands at a thirteen year high, the prominent climate critic and skeptic .