In yet another example of the squelching of scientific debate by those advocating for the position that dangerous anthropogenic global warming is a cosmic threat, Dr. Katharine Hayhoe, climate scientist, has been found twitter-blocking fellow scientists who have the audacity to ask her to support her views on the greenhouse effect. 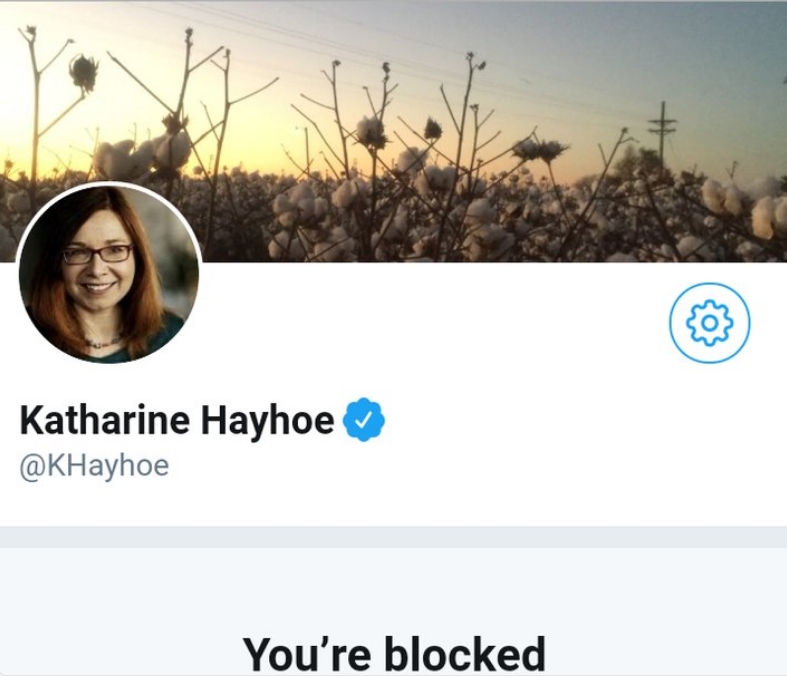 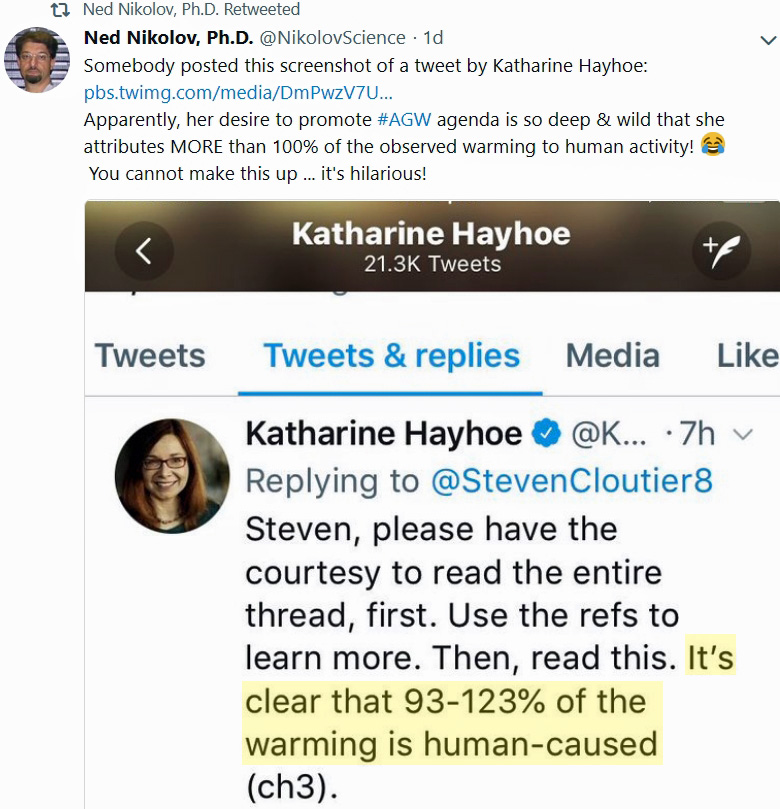 For over a year now, physical scientist Dr. Ned Nikolov has been enthusiastically debating anyone and everyone on his twitter page who wishes to challenge his conclusions on the mechanisms that set macro planetary temperatures.

Frequently referencing the comprehensive explanations found in their 2017 scientific paper, New Insights on the Physical Nature of the Atmospheric Greenhouse Effect Deduced from an Empirical Planetary Temperature Model (Nikolov and Zeller, 2017), Dr. Nikolov has garnered a reputation for responding openly and directly to each serious query or objection to his views. 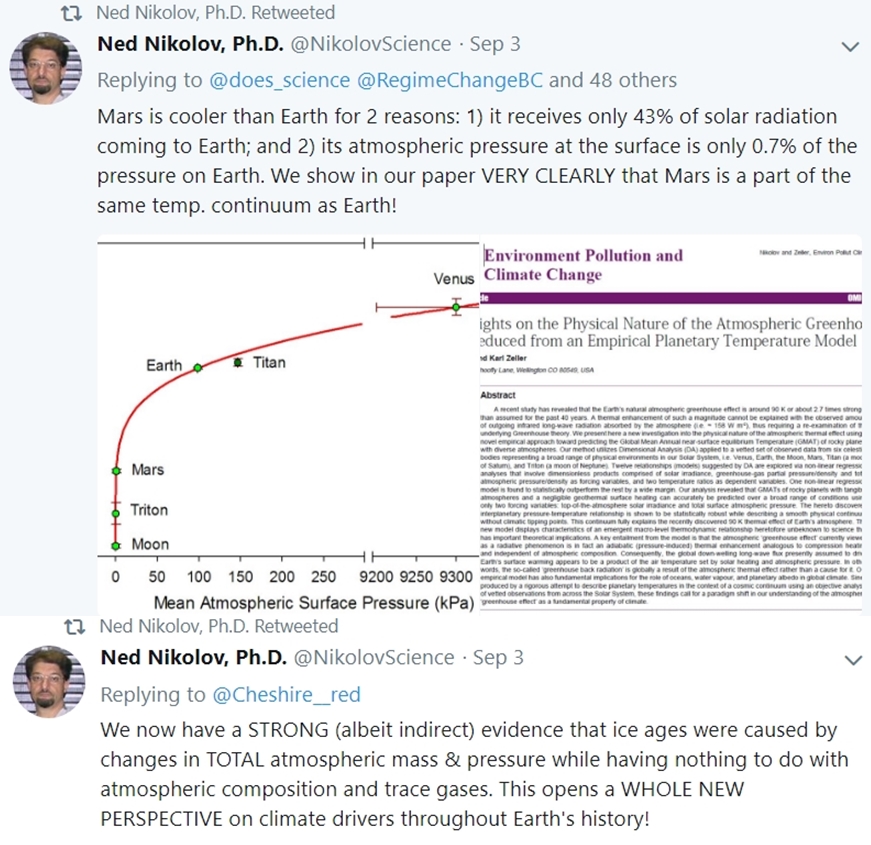 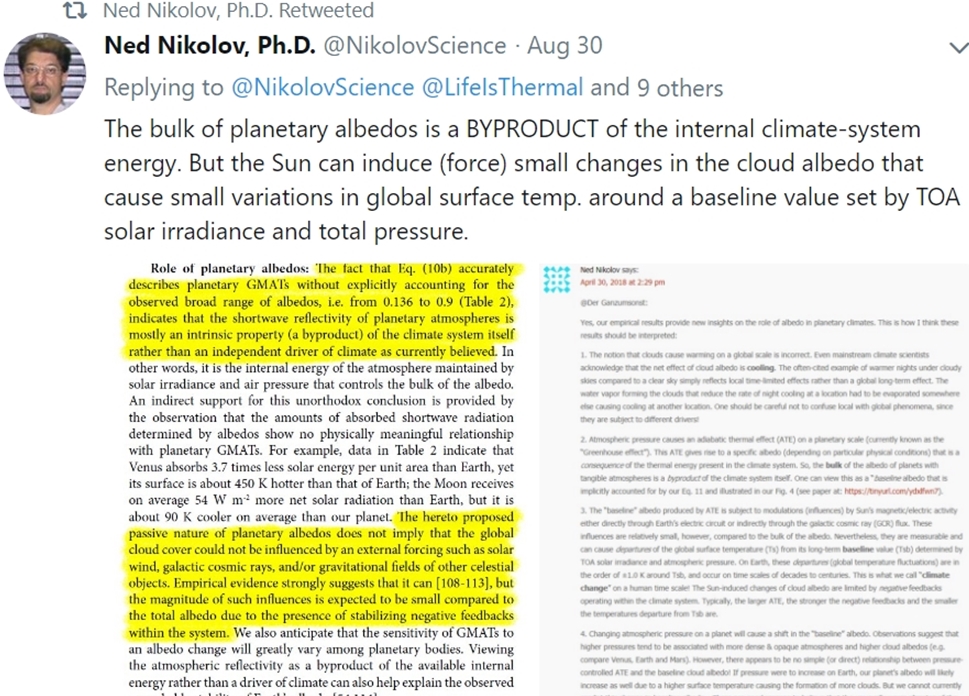 Casual observers of his twitter page may notice that Nikolov does not shrink away from defending his theories.  He invites debate and challenges to his climate theories.

The intriguing empirical planetary temperature model he espouses is one of the featured presentations at this weekend’s Basic Science of a Changing Climate conference in Porto. 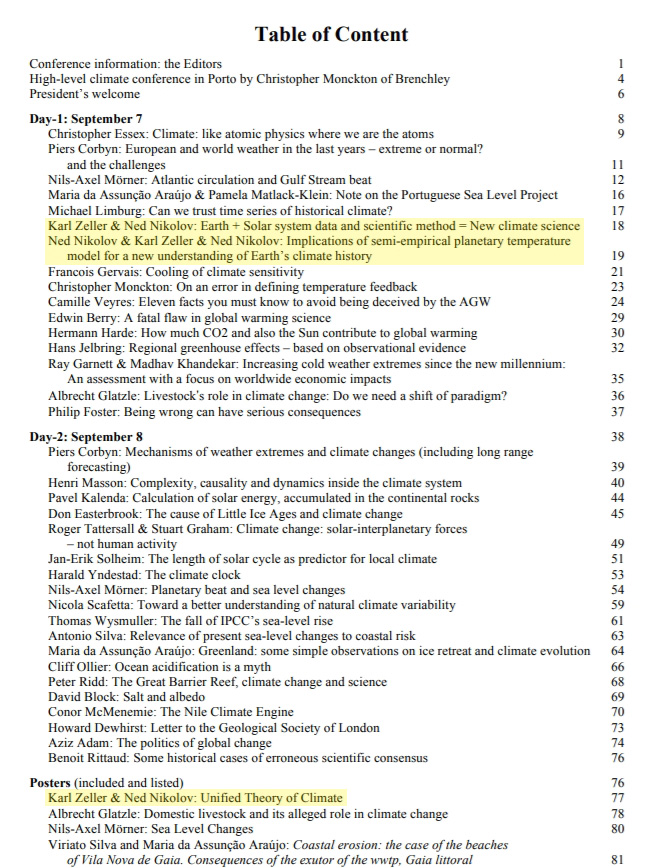 In direct contrast to the openness to debating ideas and the scientific method, Dr. Katharine Hayhoe, a climate scientist who believes that up to 123% of climate change is caused by humans, has taken to twitter-blocking scientists like Dr. Nikolov.  Why?  Because he dared to ask her to discuss the basics of the greenhouse effect with him.

Hayhoe apparently finds it threatening to debate scientists who disagree with her about the role of greenhouse gases or human activity in climate change.

Is silencing those who challenge one’s views now accepted practice among climate scientists?  Apparently so. 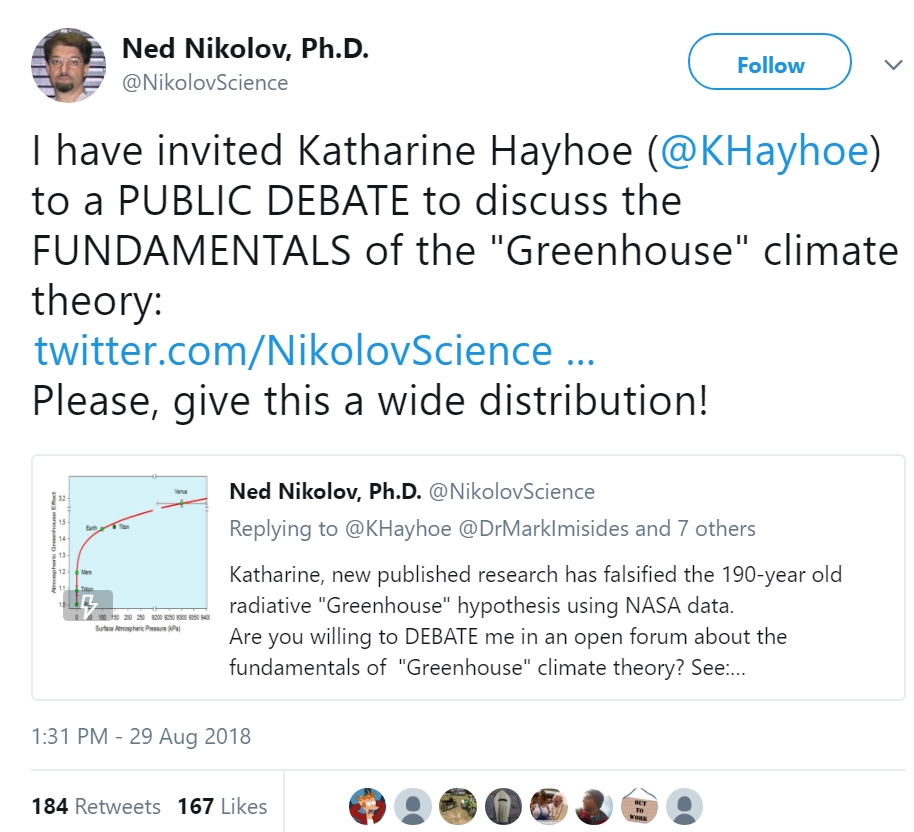 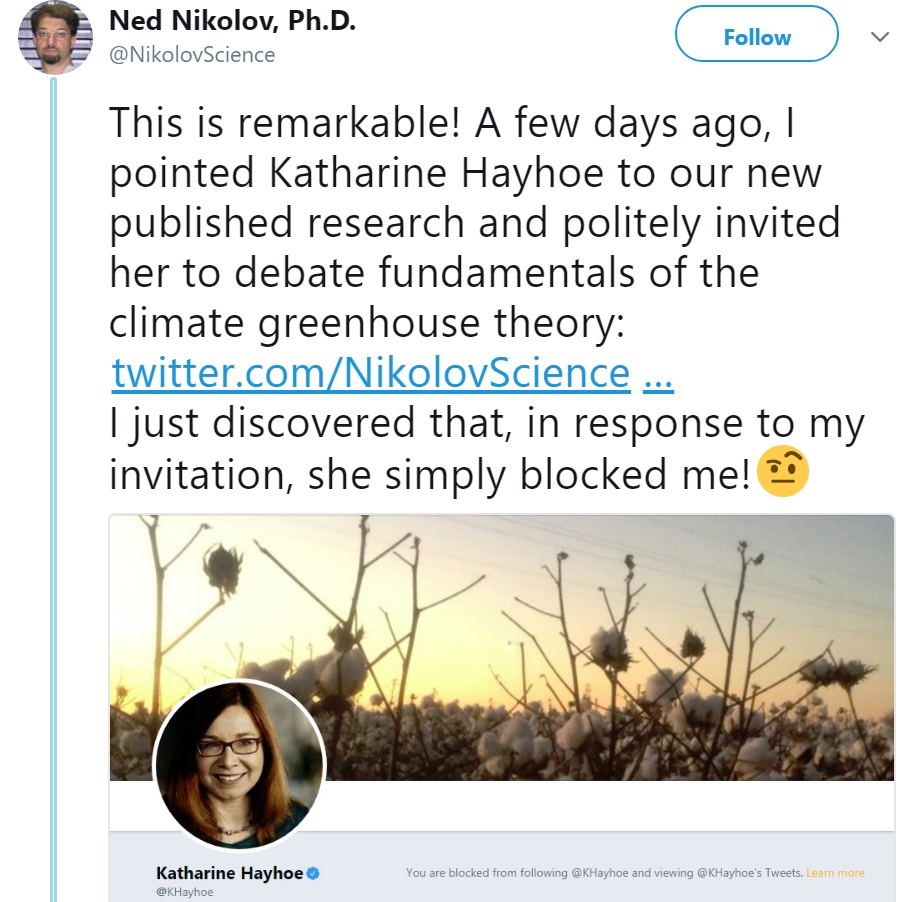 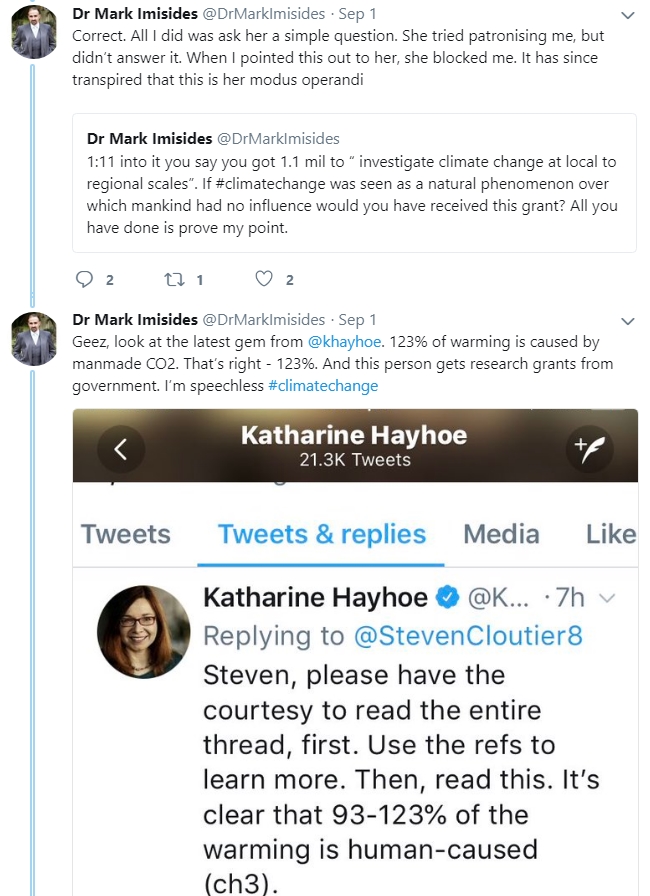 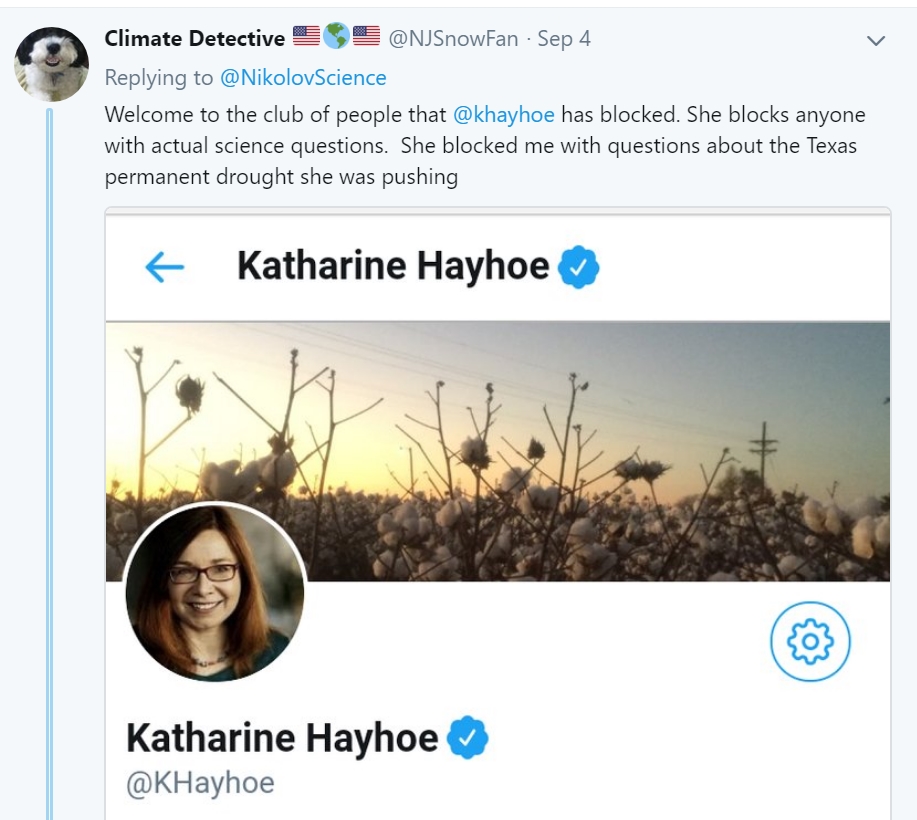 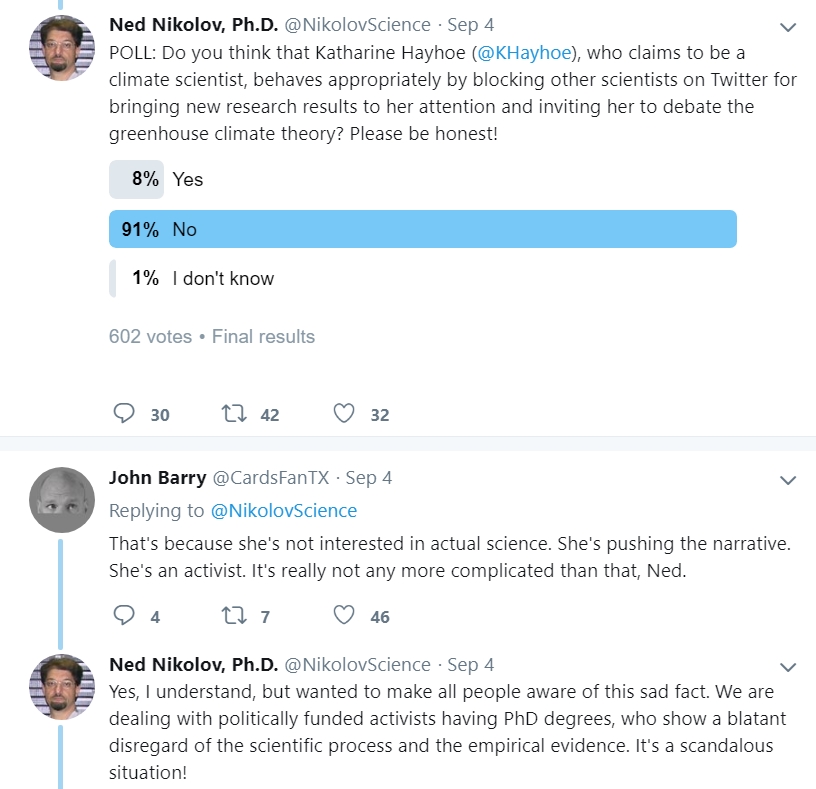