Left-leaning filmmaker German-Dutch filmmaker Martin Poels has produced some 50 films over the past 15 years. 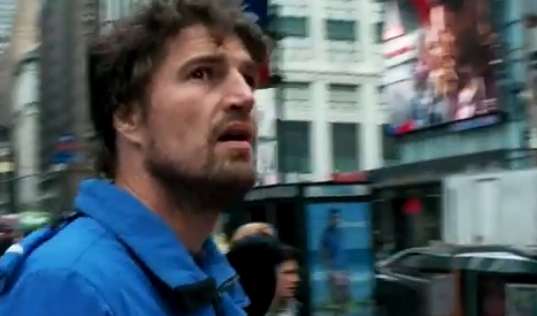 His most recent film is titled Paradogma – a personal journey why true liberty needs heretics, It focusses on current controversial debates such as climate change, and how dissenters are being silenced.

Martin Poels recently wrote: “People who dare to question important themes today, are often silenced or labeled as suspicious and dangerous and that we now find ourselves “in a new era where world views clash and free speech crumbles under pressure to conform.”

And because Poels has been critical concerning the state of the climate debate, he has been threatened and marginalized.

German mainstream media has silenced the film, and anonymous threats have been launched against Poels, which show that the topic of climate and energy has become type of religion.

And anyone who questions this religion gets shut out of the public discussion forum.

Nevertheless journalist Jörg Rehmann spoke with Poels after the screening of his film in Brussels at the end of last year:

According to the interview:

Since Martin Poels has become critical about the contradictions of climate science, he has been blocked out by the German media and threatened by green lobbyists and at times called a Nazi.”

In the interview he begins by stating that because the film looks at climate and energy, it is a difficult topic because of the deep political dogma that it involves. “But the biggest problem,” Poels said, “Is that the media refuses to report on it.”

Climate: “forged” consensus that must not be disturbed

Poels mentions that they were successful, however, getting the film shown in 100 cinemas. Overall he calls the subject of climate in Germany a dogma that it is very difficult to criticize. He calls climate consensus something that was forged, and not something that is to be disturbed.

The filmmaker speaks of having received threats from organizations, such as Greenpeace, so much so that he became afraid. He said: “I got a call warning that I should better stop the film, before you really get problems.” He says the call was anonymous, but his understanding was that it came from Greenpeace.

Next Poels describes how some people reacted when the film was shown. He said: “Sometimes there were people who got really aggressive in their talk against me”.

He then calls the German publicly funded media’s role in the climate topic “shameful”, as it is clear that the green energy issue is not a topic that is to be questioned nor discussed.

Either you’re with us, or against us

Poels also notes that the topic of green energies can be discussed and criticizesd in Holland, but that it Germany the issue of green energies has become very sensitive and criticism is not welcome “because rescuing the climate is good, and when you criticize it, it means you no longer want to save the planet.” It’s: either you’re with us, or against us. Poels calls this radical mindset “nonsense”.

Poels sees green energies as desirable, but currently he believes they are a social injustice, as the rich benefit and the poor have to bear the costs. Moreover, they are harming the environment more than they are helping.

For me, that’s one explanation why we are not allowed to discuss it. Because it criticizes not only climate change, but the business behind it.”

Biased media has abandoned its job

For Poels, this corruption by self interest is simply being neglected by the German public media: “There are simply rules within the media that say to talk about climate change uncritically – only positively. That’s a law within the media business.”

In total, Poels believes German journalism has long abandoned it’s neutrality on the topic of climate change and green energies. “It’s only politics.” He comments further:

Not only the science is politicized, but so are the media.”

Poels then says the media are more open in the Netherlands, but finds the situation in Berlin “really frightening”. He agrees that in Germany it’s enough to express skepticism on climate science in order to be labelled a fringe right winger.

He finds it ironic that the media often accuse climate skeptics of conspiracy theories, but at the same time subscribe to the conspiracy theory that oil companies helped fund his film.

In the area of academia, Poels says overall the film has been received positively and openly by most students, but that professors have composed themselves arrogantly and simply dismiss the film’s content offhand after viewing it. One example, Poels cites, is how one professor simply dismissed a critical student – who had challenged the professor – as “a student who still had a lot to learn”.

Energiewende at a dead-end

In summary Poels agrees that the German Energiewende has reached a dead-end and that the establishment is no longer capable of learning lessons.

Historically, that all sounds familiar.