When a paper dealing with ocean heat absorption was found to have errors and in need of correction, the BBC reported it to the public. The German media, however, were perfectly content to leave its viewers and readers misinformed. 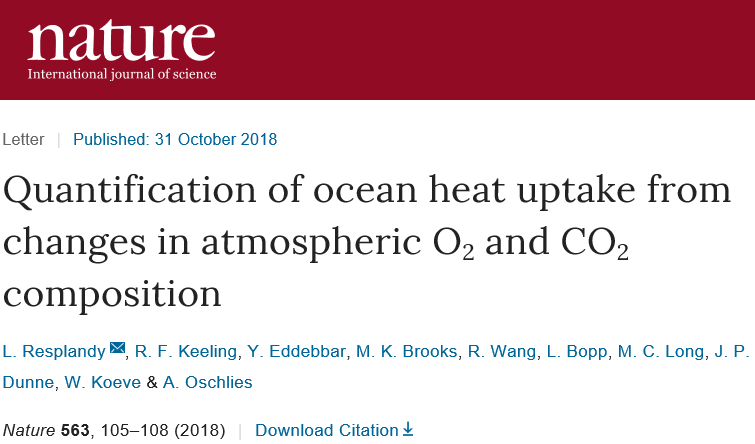 Controversial paper was forced to be corrected.

At the end of October 2018, Resplandy et al. published a study on ocean heat in Nature. Nic Lewis quickly discovered errors in the calculations (we reported here in the blog). The authors acknowledged the error and are now working on an improved version. On the publisher’s side a corresponding note was added:

19 November 2018: Editor’s Note: We would like to alert readers that the authors have informed us of errors in the paper. An implication of the errors is that the uncertainties in ocean heat content are substantially underestimated. We are working with the authors to establish the quantitative impact of the errors on the published results, at which point in time we will provide a further update.”

That’s how science works. A good example of how to deal professionally with a mistake.

The BBC reported on the incident in a transparent manner. The German press, on the other hand, preferred to withdraw into its shell and conceal the incident.