They show that the winter temperature trend for Germany over the past 32 years is not cooperating with “experts'” forecasts of rapid warming and snow and ice becoming a thing of the past.

The first chart, using the data from Germany’s DWD national weather service, shows that wintertime mean temperature trend in Germany has not risen in 32 years: 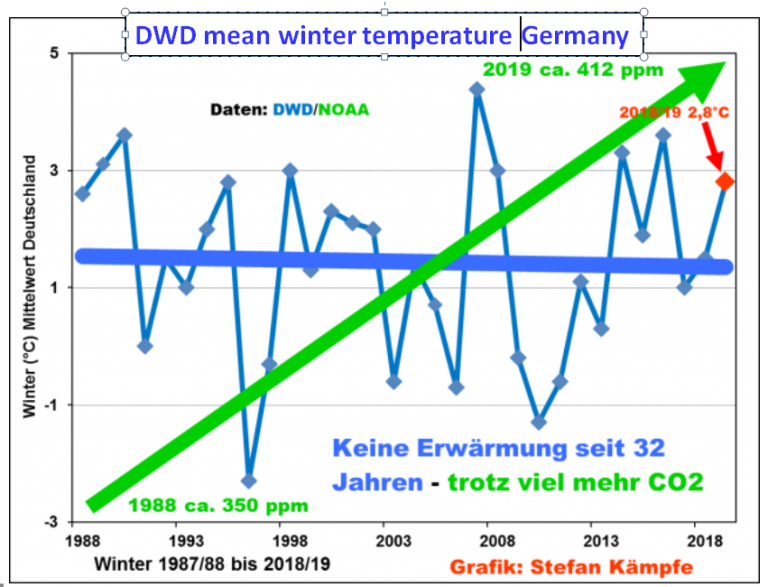 The green trendline shows that although CO2 in the atmosphere globally has increased from about 350 ppm since 1988 to about 412 ppm currently, Germany’s mean winter temperature has fallen a bit.

The story is true for much of France as well. Japanese blogger Kirye prepared a chart depicting the winter mean temperature of 12 stations across the country using the untampered data available from the Japan Meteorology Agency (JMA): 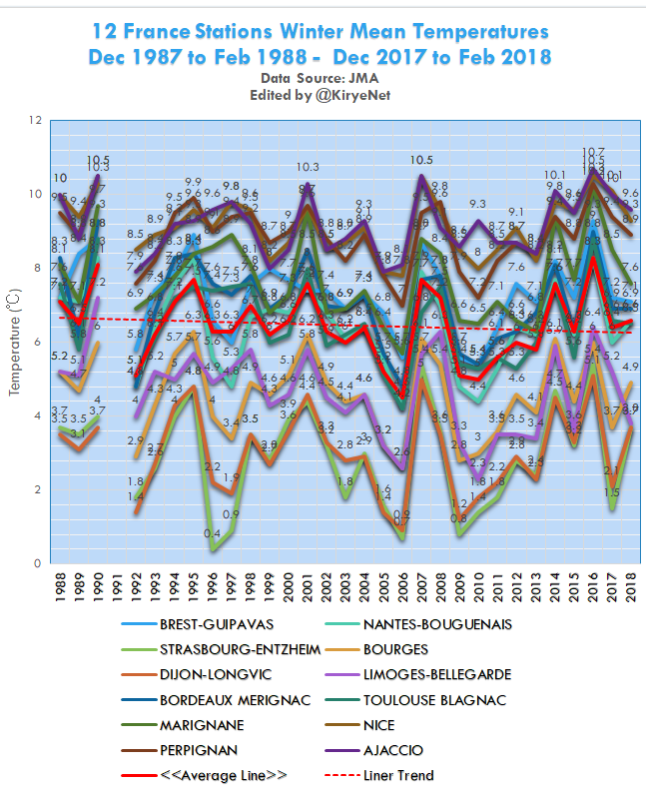 Germany trending away from droughts

Also the German media are often filled with scare stories telling us we will be seeing increasing number of droughts and dryness, and that last year’s dry summer was just a taste of what is to come.

Yet once again the data contradict all the doomsday drought reports. The long term winter precipitation trend since records began has been upward. 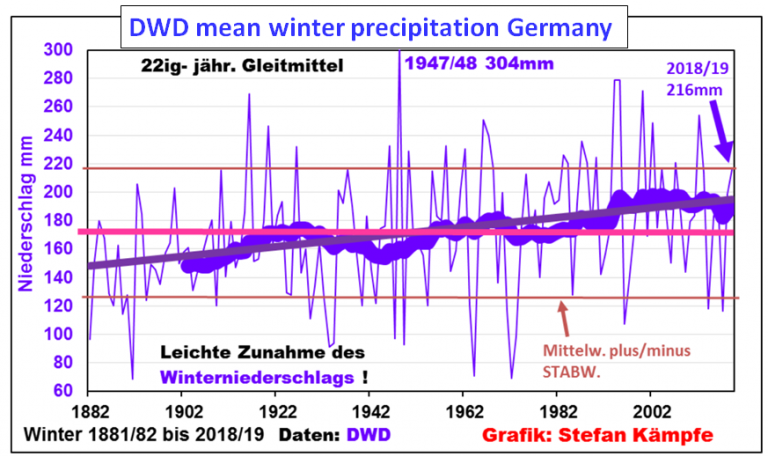 However, we acknowledge the trend has been decreasing (to normal levels) since about 2000. Interestingly German precipitation shows a 40 year cycle, and so likely has nothing to do with CO2.

The annual precipitation trend for Germany has also been upward overall, and it too has been trending downward since about 2000 (during this time sunshine hours have increased): 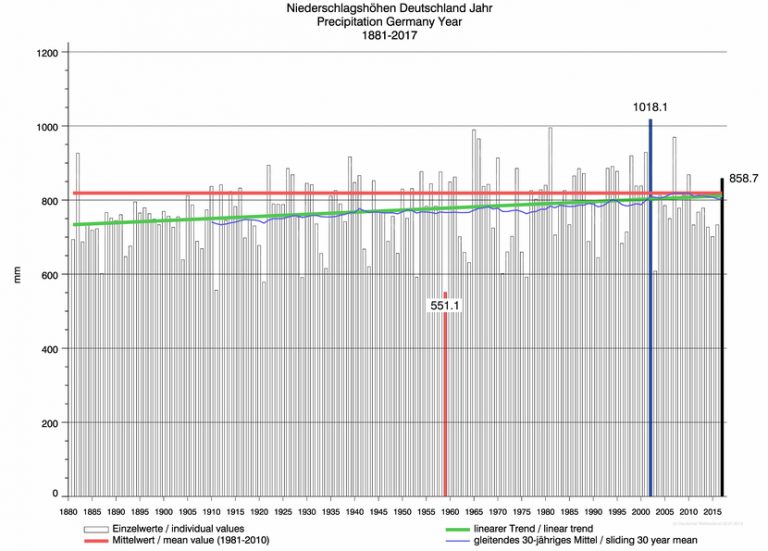