German political analysis and commentary site Freie Welt here has an article on how millions of  Germans are increasingly unable to afford electric power. 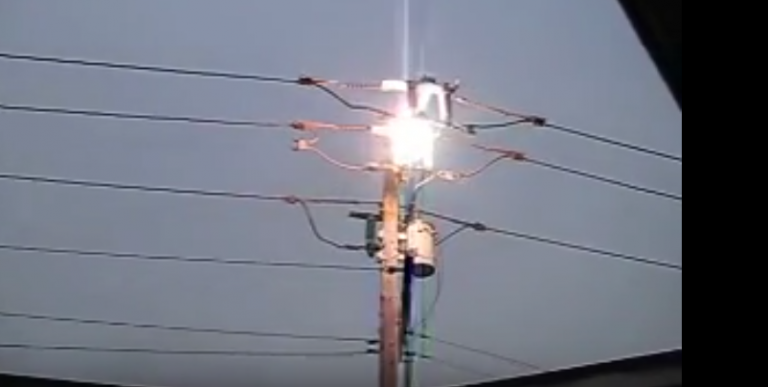 While a number of commodities such as electronics, electrical goods and computing power across the country – and the globe – have gotten much cheaper over the years due to development, the price of electricity in Germany has “more than doubled since 2000”.

5 million struggling to pay for their power

Almost all of this is due to the Germany’s ‘Energiewende’: the transition to renewable energies and away from nuclear power and fossil fuels like coal.

According to the Freie Welt: “Last year, almost five million people in Germany had problems paying their electricity bills” as some 4.8 million defaulting customers “were threatened” by power companies.

“As a consequence of unpaid bills, almost 344,000 households were temporarily cut off electricity during the same period. This marks new records,” the Freie Welt reports.

“Next increases already in the pipeline”

The situation for Germans will likely get a lot worse before it gets better. Less than a third of the country’s power is supplied by wind and sun, and as that share rises – as is planned – the costs will only continue to climb and make the hardship for the poor even worse.

“Three quarters of the energy suppliers had raised their prices at the beginning of this year again on the average by five per cent,” Writes Freie Welt. “The next increases are already in the pipeline.”

At 29.42 cents a kilowatt-hour, Germans pay among the highest prices in the world.

Further price increases in the medium to long term

According to Valerian Vogel of the utility Verifox: “In view of the major challenges facing the German electricity system, consumers must prepare themselves for further increases in electricity prices in the medium to long term”.

In Germany, the high prices are mostly made up of taxes, levies, grid fees and green energy feed-in tariffs.

Ironically, the Fridays for Future (skip school) movement yesterday issued a call in Berlin for an even more rapid completion of the coal and fossil fuel power phaseout. They demanded that this phaseout be completed by 2030 rather than 2038. The movement, backed by activist scientists, is in fact calling for a revolution.

And a revolution they will get, but very likely not the kind they are bargaining for.

27 responses to “Germans Unable To Pay Power Bills…”Electricity Prices Have More Than Doubled”… “344,000 Households Cut Off””