New Study: A California Lake Had 4-5°C Warmer Periods While CO2 Was 200 ppm…During The Last GLACIAL

Another new paper published in Earth and Planetary Science Letters casts further doubt on the paradigm that says CO2 has historically been a temperature driver.

Evidence from southern California’s Lake Elsinore indicates today’s regional temperatures (18°C) are 4-5°C colder than a millennial-scale period between 29,000 to 26,000 years ago (29 to 26 ka), or during the last glacial.

At the time, temperatures reached amplitudes of 22-23°C while CO2 concentrations lingered around 200 ppm, or less than half today’s values.

During both the periods between 31 and 24 ka and 14 to 9 ka, temperatures also were found to have abruptly risen (and fallen) by more than 10°C within centuries. These temperature swings occurred with little or no change in the CO2 concentration. 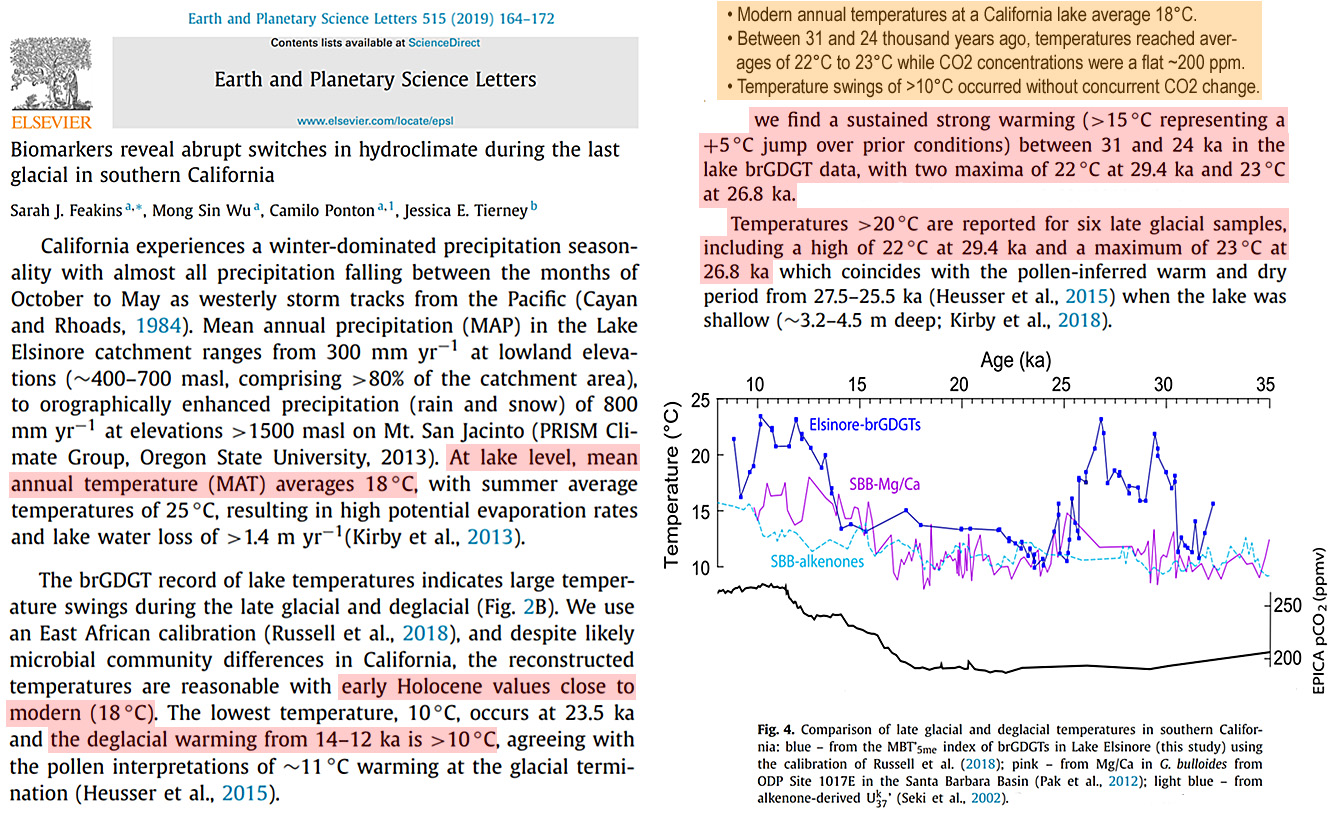 3 responses to “New Study: A California Lake Had 4-5°C Warmer Periods While CO2 Was 200 ppm…During The Last GLACIAL”