Biomarker evidence for Arctic-region sea ice coverage in the northern Barents Sea indicates the most extensive sea ice conditions of the last 9,500 years occurred during the 20th century (0 cal yr BP). In contrast, this region was ice free with open water conditions during the Early Holocene (9,500-5,800 years ago). 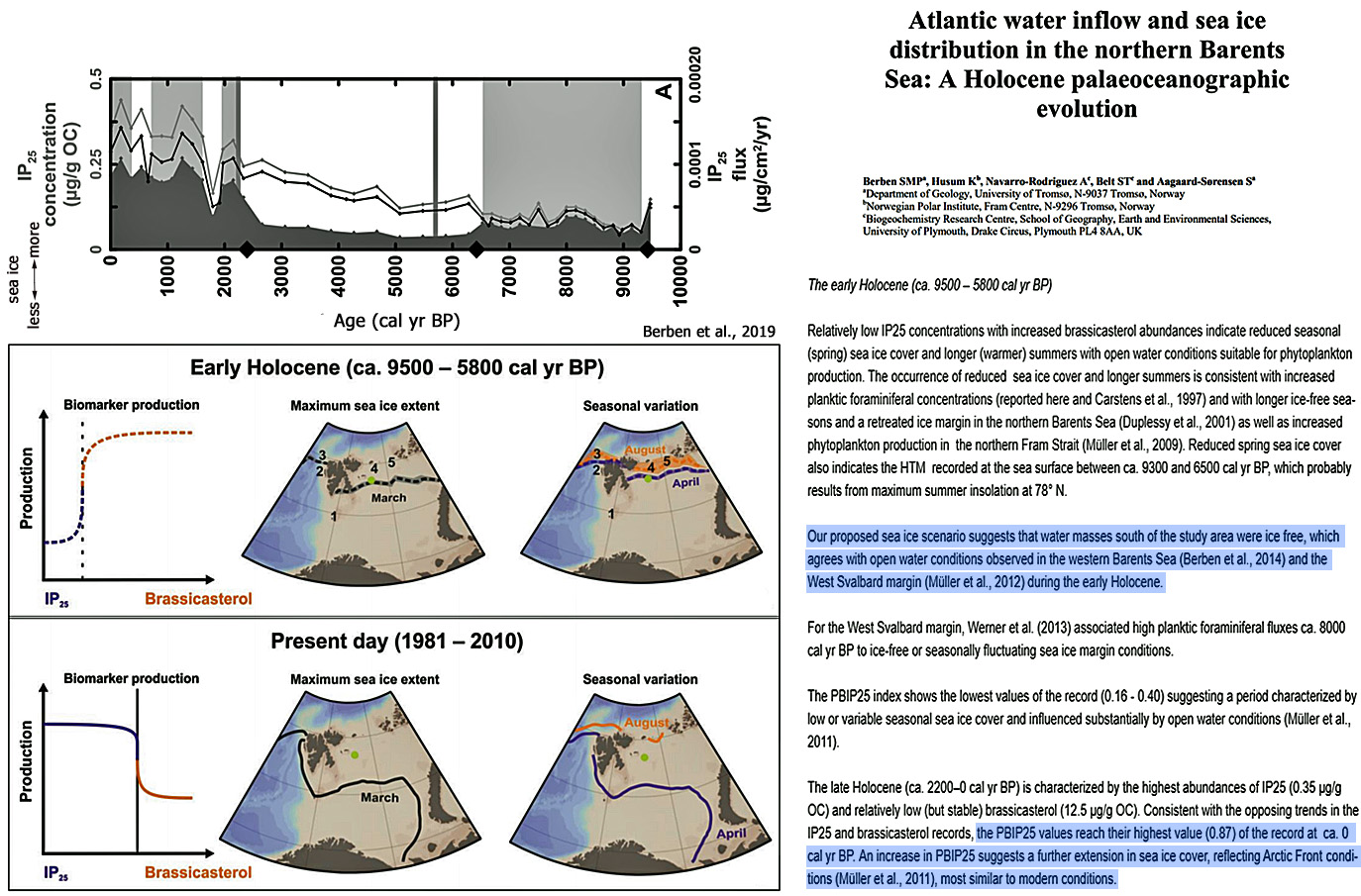 The Early Holocene was about 6-7°C warmer than today in this region (NW Barents Sea). 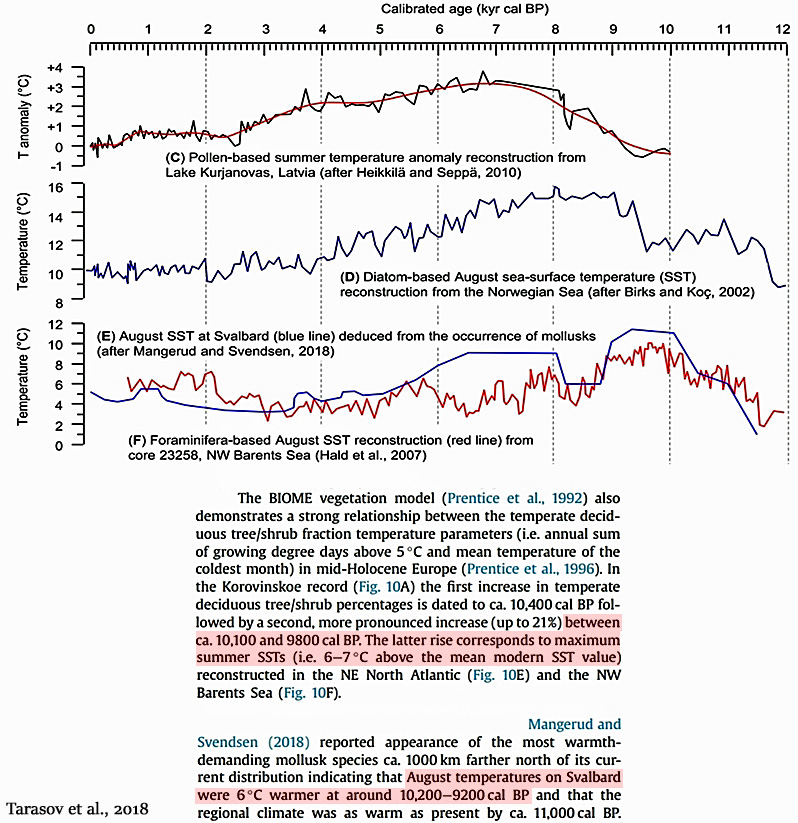 Another recent reconstruction for this region also indicated the Early Holocene was sea ice free and that modern sea ice conditions are among the most extensive of the last 9,500 years. 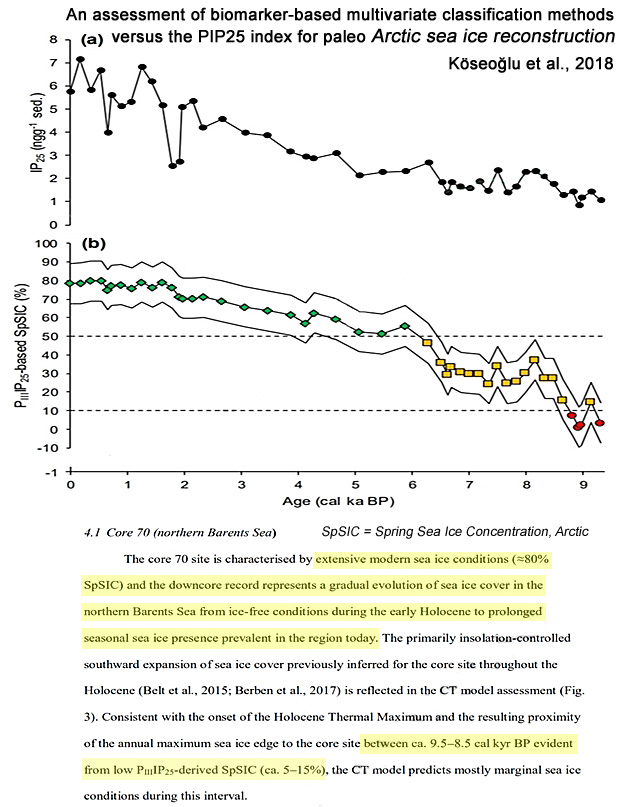