A German psychiatrist has read the Thunbergs’ book, observed climate movement and finds it’s all about fanaticism: “utopian character of demands”…”inability to engage in dialogue and compromise”. 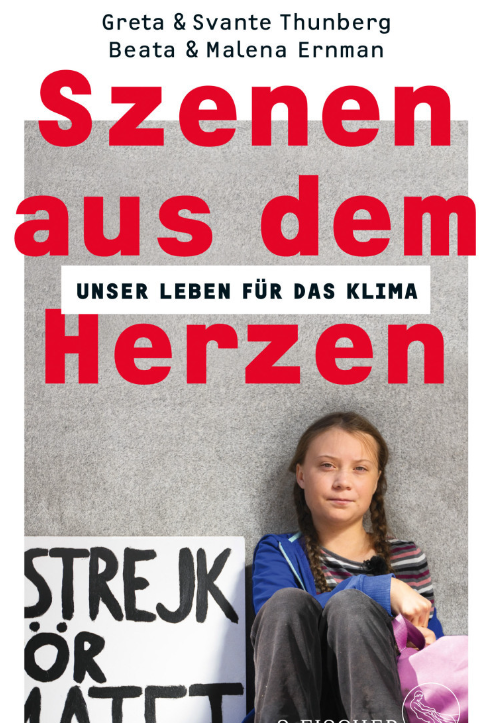 Prof. Dr. med. Dipl.-Psych. Wolfgang Meins, neuropsychologist and professor of psychiatry, penned an article recently published at German libertarian site Achgut.com which looks at Greta Thunberg, her parents and the Green movement she has helped to propel. The title of the article: Greta and her parents – not hysterical, but fanatic.

Prof. Meins read Thunberg’s German language book: Szenen aus dem Herzen and believes Thunberg and her movement are all about climate fanaticism and not climate hysteria. He also warns that politicians need to sober up and face the fanaticism for what it is.

Meins writes that one special characteristic of fanatics is their “inability to engage in dialogue and compromise,” which leads to the fact that people are declared “external enemies” who are “potentially also fought with aggressive and destructive means.”

Meins attributes Greta Thunberg’s climate fanaticism to an obsessive-compulsive disorder and her autism.

Her disability, Meins writes, is rooted in the fact “that as an Asperger autistic, she tends to focus very strongly on a special field of interest. People with Asperger syndrome show little compassion and interest in other people,” he writes.

This means “you are as good as immune to the suffering of your fellow human beings”. For example, “people who would become unemployed as a result of banning all flights”.

Meins writes: “The climate fanatics are united by a superior idea, i.e. strongly emotional convictions that absolutely dominate and permanently determine their thinking, for example: The CO2-induced apocalypse is irrevocably imminent unless we take immediate, radical countermeasures at any cost. In Greta’s case, superior ideas of this kind developed through a small distraction, based on a related theme: During a school lesson in autumn 2014, she sees a film about the pollution of the oceans. She bursts into tears during the film. At noon she sits in the cafeteria in front of her burger, which she does not touch. From then on, if I correctly interpret the mother’s vague statements, she only eats vegan, if anything at all.”

“The very special thing about Greta and her fans is that they are courted by large parts of the Western elites, and above all German elites. One hardly hears anything critical from these circles at all,” says Meins. “It is probably the first time since the end of the Second World War that these elites almost unanimously pay homage to a fanatic, and often even encourage Greta and her followers.

With regard to the SPD and especially the CDU-related “elite actors”, Meins assumes that “the completely utopian character of demands for a radical change in climate policy, now and immediately, is clear to them. He accuses them of cowardly refusing to “open the door to the fabulous realm of the climate apocalypse”. Their fear of being driven into political suicide due to “argumentative awkwardness, overlooked pitfalls and media that act on this issue” is overwhelming.

“No need to worry about ecodictatory regulations and prohibitions”

Meins writes in his article that “you get to know quite exactly how climate fanatics tick.” He adds: “For example, that one does not have to worry about the political, economic and social consequences of certain drastic or perhaps better: ecodictatory regulations and prohibitions. Why should they? There is no alternative to such measures, because otherwise we will “burn” or otherwise perish.”