Once predicted to be ice-free by climate “experts”, the Arctic ice has not lost any volume over the current decade.

Using the modelled ice volume data from the Danish Meteorological Institute (DMI), we see June 15 volume trend has been flat since 2010: 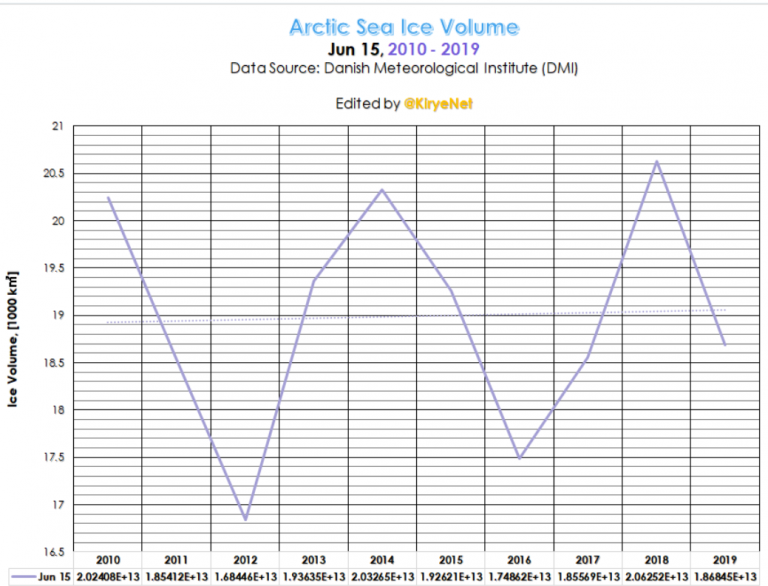 Next we examine the fluctuating ice volume, going back to March 2006: 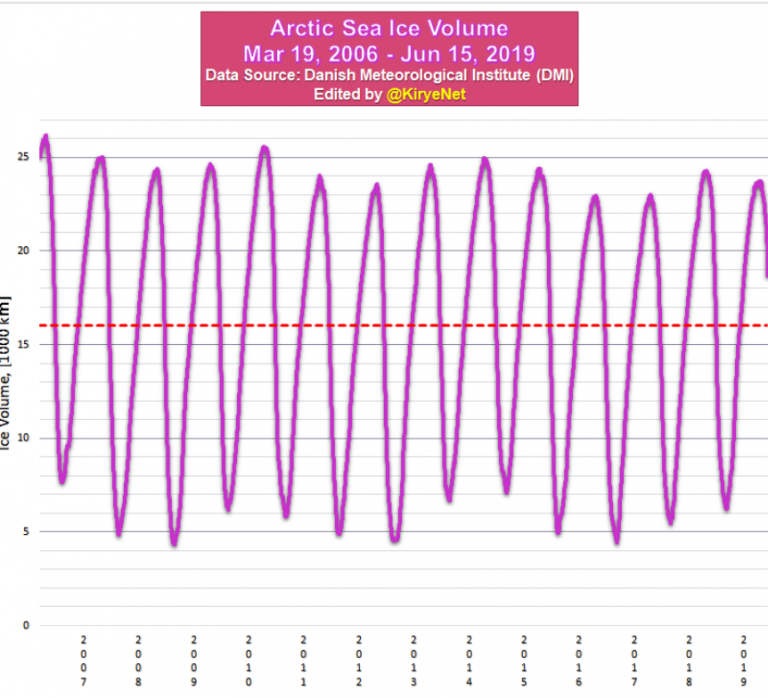 The above plot shows how Arctic ice volume has not gone down in 13 years, i.e. since climate experts began warning in earnest that the Arctic had entered a “death spiral”.

That the Arctic has plateaued at a low level does not surprise a number of climate and weather experts, who say it is natural and in large part connected to the North Atlantic sea surface temperature oscillations: 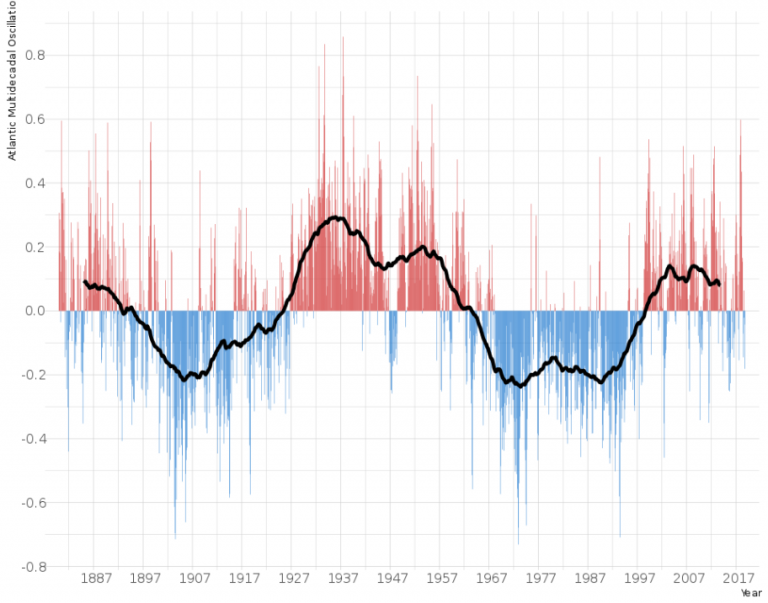 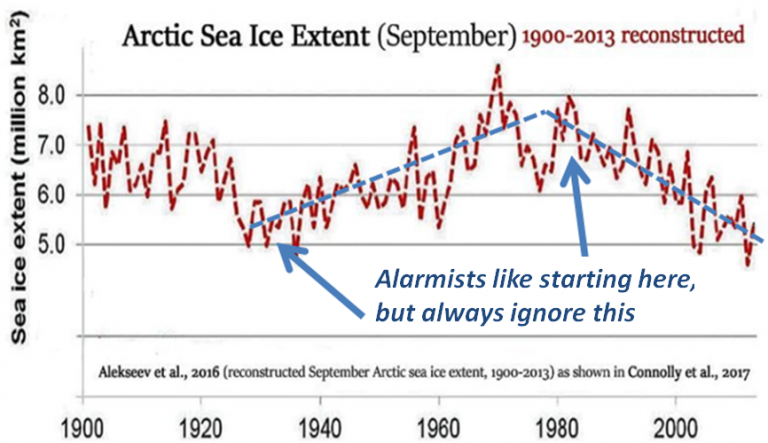 Little wonder alarmists always like starting their charts in the late 1970s.