Dry Summers Like 2018 Were Common in the Middle Ages

Dry summers were not rare 1000 years ago. Researchers from the University of Greifswald’s research group ‘Landscape Ecology and Ecosystem Dynamics’ have been able to reconstruct 1000 years of the dry summer period in northern Germany. 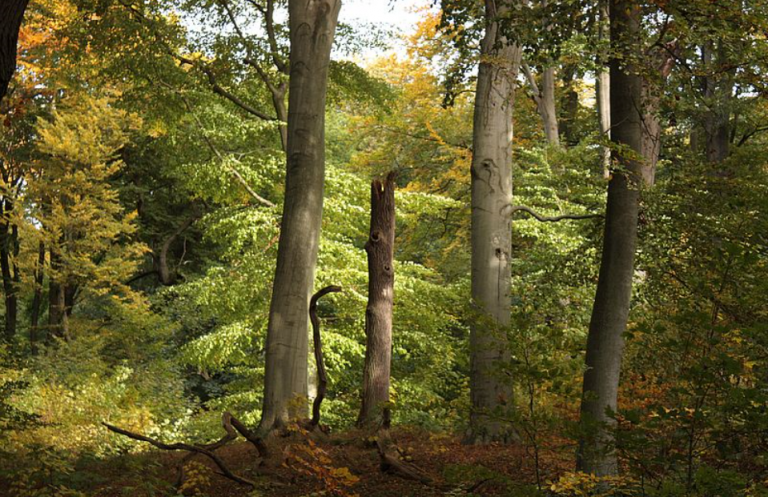 As part of the current collaborative research project BaltRap (The Baltic Sea and its Southern Lowlands: Proxy-Environment interactions in times of rapid changes), the researchers investigated growth rings in nearly 2000 living beech trees – including some from the university’s own Elisenhain forest – and archaeological wood used for construction from around 1000 A.D. The growth rings found in this wood are a unique archive of previous environmental conditions. If the climatic conditions are good, growth rings are wide; in unfavourable years, like in dry 2018, there is little growth. Dendroclimatology uses this correlation to reconstruct past environmental conditions.

Trees now grow much faster than in the past. One reason for this is the increased use of nitrogen in agriculture, the industrial sector and various means of transport. This then infiltrates the forests through the air and rain. This nitrogen fertilisation, also known as eutrophication, leads to much higher rates of growth in our forests, which traditionally have limited amounts of nitrogen.

Higher levels of CO2 in the air also encourage growth. Nowadays, trees can absorb the same amount of carbon whilst opening their stomata for much shorter periods, thus losing less water due to evaporation. Both of these factors lead – as long as there is enough water – to more forest growth.

“We aren’t the first scientists to confirm this trend,” says Dr. Tobias Scharnweber, one of the authors of the article. “However, what is new in our reconstruction is that we were able to calculate these growth rates using our own data method that we had developed especially for this project. This enabled us to show that average summer rainfall amounts were much lower at the time of the Mediaeval Climate Optimum, i.e. approximately 1000 years ago, than previously presumed. Maybe ‘one-in-a-century’ summers, like the one we had in 2018, were not that rare back then.”

Results like these help to make the fluctuations in today’s climate change that is caused by human activity seem more natural from a long-term perspective. By using their new methods, the scientists from Greifswald have shown how important it is to statistically consider the growth conditions of today, which are considerably different to those of the pre-industrial period, when producing climate reconstructions based on growth rings. Further