In a newly released Kindle book that is set to peeve established climate science, an MIT doctorate climate researcher blasts alarmist claims of a warming planet and illustrates how temperature data are untrustworthy and far too scant to draw sound conclusions.

The book’s title translated in English: “A climate scientist’s profession – Global warming theory is unproven, only a hypothesis“. 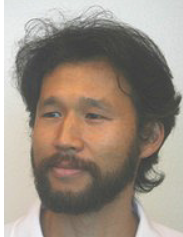 In his book, Dr. Nakamura explains why the data foundation underpinning global warming science is “untrustworthy” and cannot be relied on.

“Not backed by demonstrable data”

He writes that although many people, including a lot of climate researchers, believe it is a confirmed fact that global surface mean temperatures have been rising since Industrial Revolution, it is however “not backed by demonstrable data”. He points out:

Global mean temperatures before 1980 are based on untrustworthy data. Before full planet surface observation by satellite began in 1980, only a small part of the Earth had been observed for temperatures with only a certain amount of accuracy and frequency. Across the globe, only North America and Western Europe have trustworthy temperature data dating back to the 19th century.”

Nakamura’s book demolishes “the lie of critical global warming due to increasing carbon dioxide”, exposes the great uncertainty of “global warming in the past 100 years” and points out the glaring failure of climate models.

According to Dr. Nakamura, the temperature data are woefully lacking and do
not allow in any way the drawing of any useful conclusions. 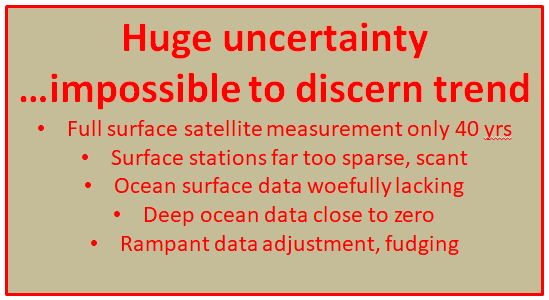 Presently the book is available in Japanese only. What follows are translated/paraphrased excerpts.

For example, Dr. Nakamura illustrates how scant the global temperature data really are, and writes that over the last 100 years “only 5 percent of the Earth’s area is able show the mean surface temperature with any certain degree of confidence.”

Then there’s the desolate amount of data from the massive oceans. Later Dr. Nakamura describes how the precision of the observed mean temperature from the ocean surface, which accounts for roughly 75％ of the Earth’s surface, are questionable to an extreme.

He writes, “The pre-1980 temperature data from the sea and water are very scant” and that the methodology used for recording them totally lacks adequacy.

To top it off: “The climate datasets used for the sea surface water temperature data have added various adjustments to the raw data.”

Later he explains: “If you accept the Earth surface mean temperature’s warming since the Industrial Revolution as the truth, it means you agree with the idea that the Earth surface mean temperature rise can be determined by a biased tiny region on the globe. It is nonsense. Looking at the regions with long term temperature data, you can see that some regions warmed, and some other regions cooled.

Therefore, the global surface mean temperature change data no longer have any scientific value and are nothing except a propaganda tool to the public.”