The Medieval Warm Period in Oceania

The Medieval Climate Anomaly in Oceania
Temperatures in Oceania have risen by 0.5-1°C over the past 100 years, resulting e.g. in significant retreat of New Zealand’s glaciers. In order to better understand natural and anthropogenic contributions to this warming process, the observed climatic change has to be placed in a longer-term palaeotemperature context. Of particular interest is the Medieval Climate Anomaly (MCA, 1000-1200 AD), a recognized period of natural pre-industrial climate change, associated with marked temperature and hydroclimatic variability that is best known from the Northern Hemisphere.”

Temperature reconstructions for Oceania were traditionally based on two classical tree ring series. Here, we are enlarging the Oceania reference dataset with another 13 published temperature reconstructions from SE Australia, New Zealand and West Papua. These are based on a variety of proxy types, and help to geographically and methodologically augment the regional palaeoclimate database. The proxy series have been thoroughly compared and the MCA trends palaeoclimatologically mapped. Ten out of the 15 sites show a relatively warm MCA, compared to the last 1500 years, with warming generally occurring in the envelope period 900-1500 AD.”

In some sites of SE Australia and at the west coast of New Zealand’s South Island, warming appears to be delayed by 200-300 years. The end of the medieval warming at around 1500 AD occurred about two centuries later than on most other continents, suggesting a possible interhemispheric climate lag mechanism possibly involving deepwater circulation. Likely drivers for the medieval warming in Oceania are atmospheric-ocean cycles such as the Southern Annular Mode (SAM) and El Niño-Southern Oscillation (ENSO), in combination with solar activity changes. MCA palaeotemperature data are still lacking for large parts of Oceania, namely the arid and tropical parts of Australia, Micronesia, central and northern Polynesia, as well as central and eastern Melanesia, highlighting the need for future research.” 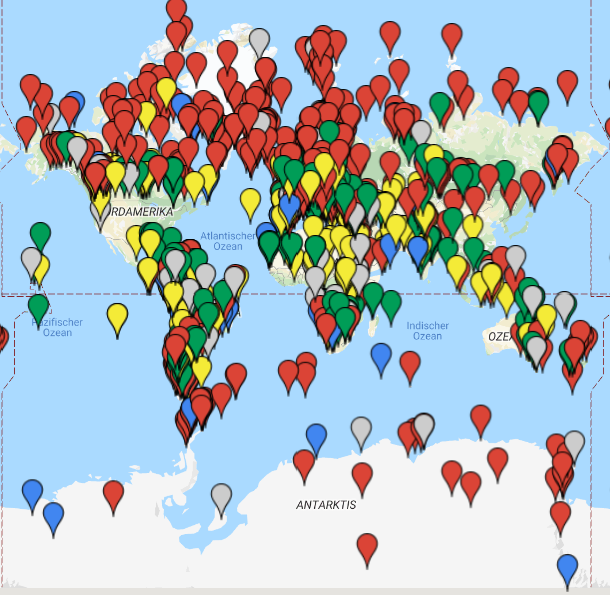 Hundreds of scientific papers confirm the Medieval Climate Period was global, and driven by natural factors, which of course are still at play today and have not retired like CO2-obsessed scientists like to suggest.