Whenever NASA GISS announces how recent global temperatures are much hotter than, for example, 100 years ago, just how statistically reliable are such statements?

Most will agree, based mainly on sundry observations, that today is indeed warmer than it was when surface temperatures began to be recorded back in 1880. But we will never really know by how much.

When we look at NASA GISS’s site here, we can see how many surface stations have data going back to earlier years. Today we see that 2089 stations are at work in Version 3 unadjusted data. 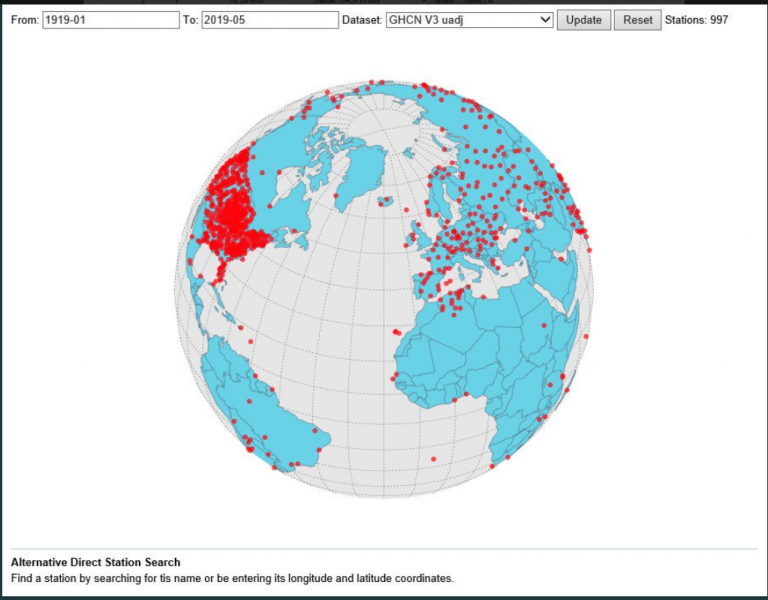 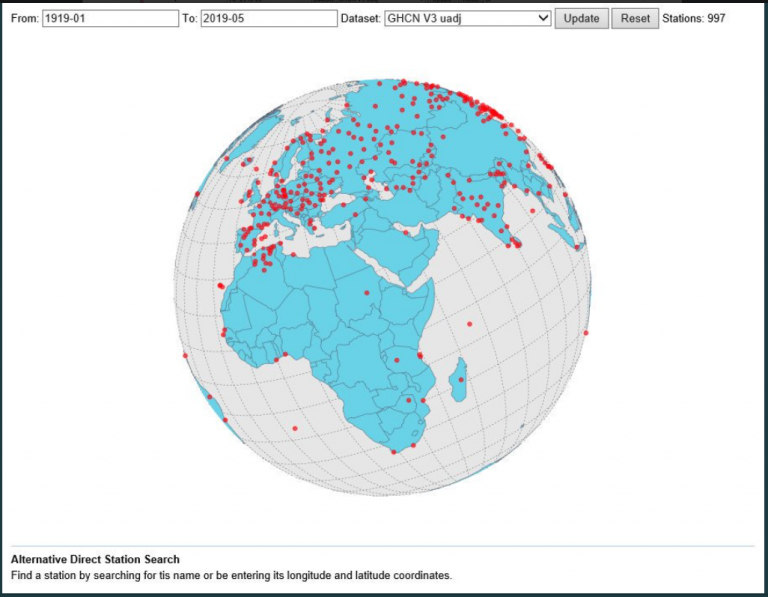 Note how the Version 3 unadjusted datasets going back to 1919 are poorly distributed and sorrowfully lacking over Africa, Canada, the Arctic and all across the Southern Hemisphere. Never mind the oceans.

And when we look at the number of stations in Version 3 unadjusted data going back to 1880, ONLY 174 stations actually provide us with a complete thermometer dataset: 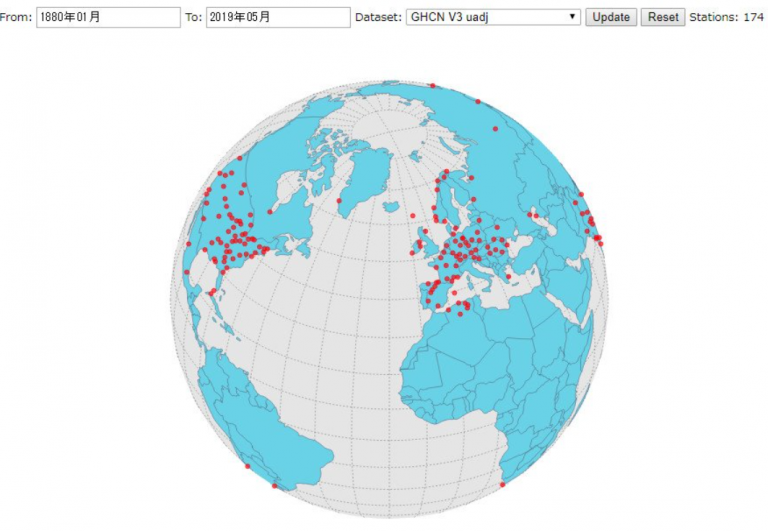 As is shown, Version 3 unadjusted data going back to 1880 covers only some parts of the US and Europe. All of Canada and Russia are void of data, and so it is impossible to know what the temperatures there really was.

The same is true for the entire southern hemisphere, let alone the entire globe. The bottom line: There is no way of knowing what the global temperature really was back in the late 19th century and early 20th century.

This tells us that global temperature trends since the start of the Industrial Revolutions presented by NASA are fraught with huge uncertainty.

“This is nothing new,” says Japanese climate expert Dr. Mototaka Nakamura in an email to NTZ. “We simply did not have many observing stations in the 1800s and early 1900s. They can produce ‘new data sets’ and claim that they have ‘better data sets’ all day long, but they just can’t make any meaningful difference for periods up to 1980.”

“These datasets are products of simulation models and data assimilation software, not real data,” Dr. Nakamura added. “This problem has been present in data products produced by all institutions from the beginning – NASA, NOAA, NCEP, ECMWF, UMet, etc.”

“Spatial bias before 1980 cannot be dealt with”

But the data shortcomings get even worse. Dr. Nakamura wrote: “A far more serious issue with calculating ‘the global mean surface temperature trend’ is the acute spatial bias in the observation stations. There is nothing they can do about this either.  No matter what they do with the simulation models and data assimilation programs, this spatial bias before 1980 cannot be dealt with in any meaningful way. Just look at the locations of the observation stations used in GISS products for various years on their page.”

Dr. Nakamura commented earlier here at NTZ: “The global surface mean temperature change data no longer have any scientific value and are nothing except a propaganda tool to the public.”

So how can we be sure about the globe’s temperatures, and thus it’s trends before 1980? You can’t. The real data just aren’t there.