Scientists (Bragato and Holzhauser, 2019) find natural catastrophes like tornadoes and earthquakes and pandemics like plague, cholera, and influenza “concentrate in the periods of ice expansion in Europe” whereas periods of economic expansion and a lower incidence of natural catastrophes and pandemics occur during deglaciation phases, or warm periods. Century-scale cooling can be elicited by volcanism. 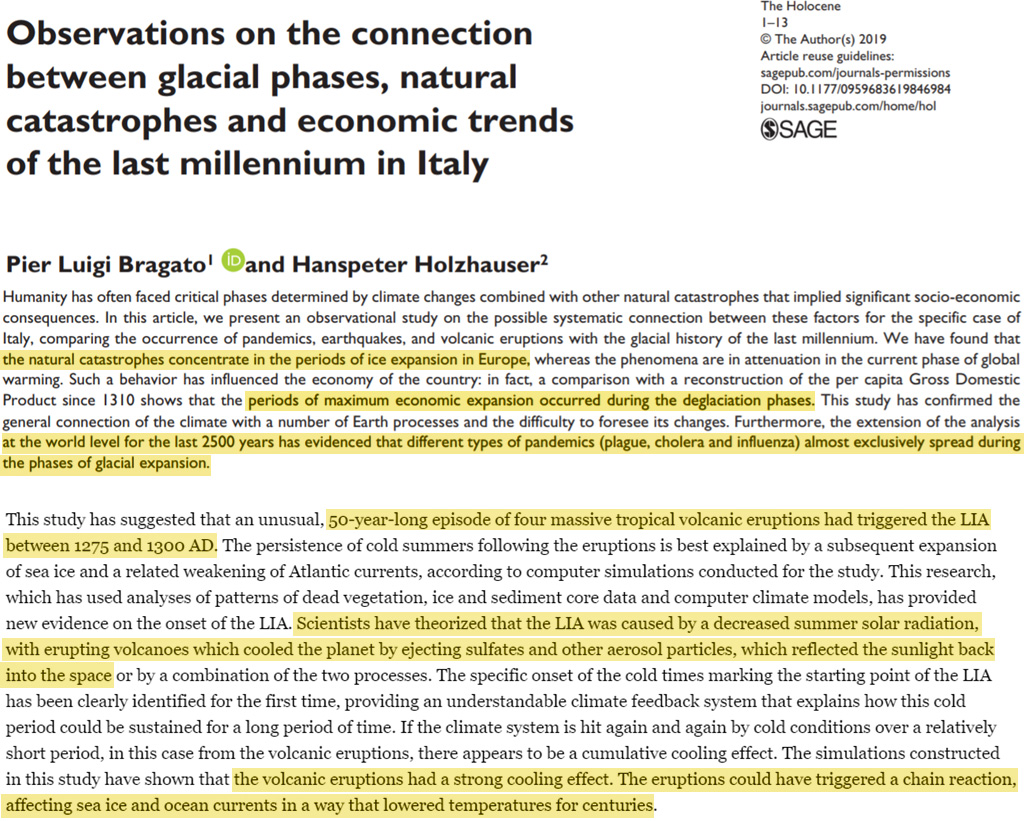 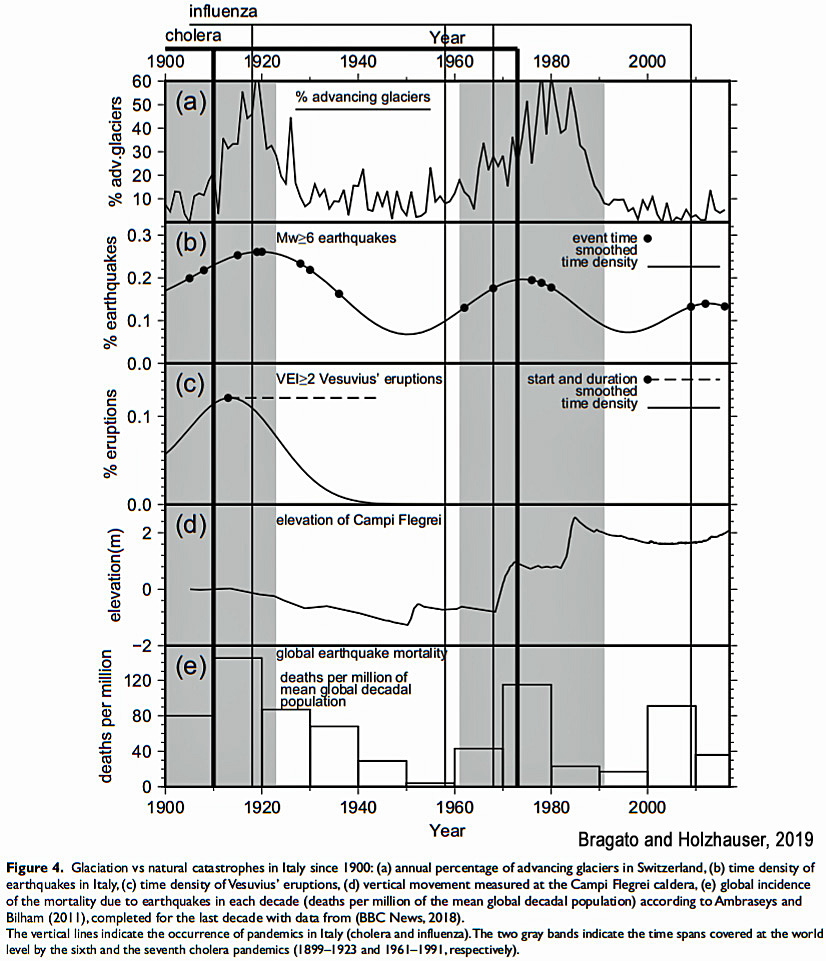 The conclusion that volcanism can trigger centuries of global-scale cooling – and that the Little Ice Age cooling was forced by explosive volcanism  – has also been postulated by McGregor et al., 2015. 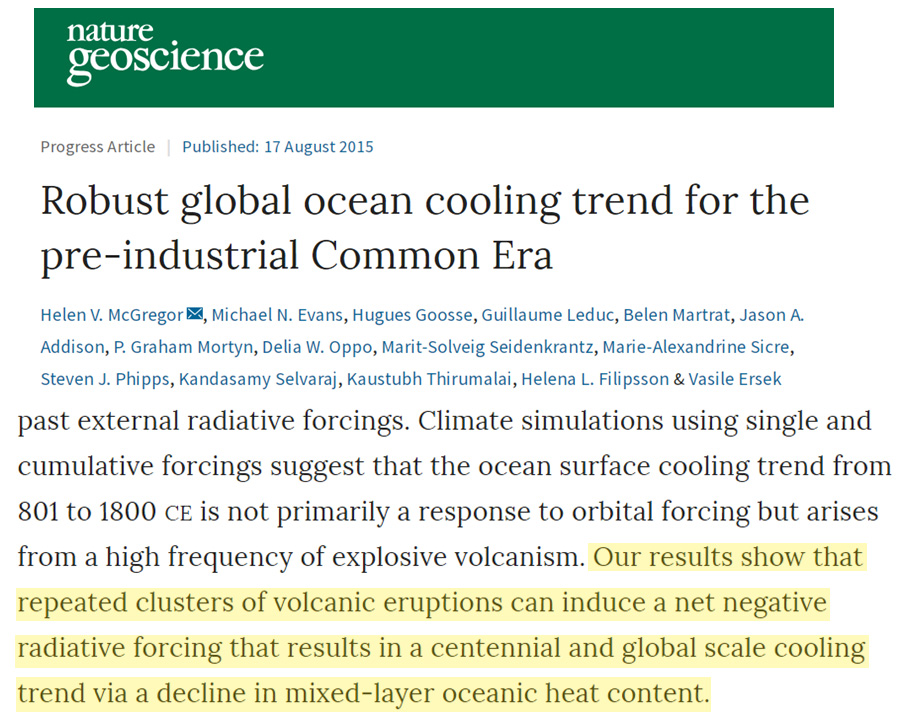