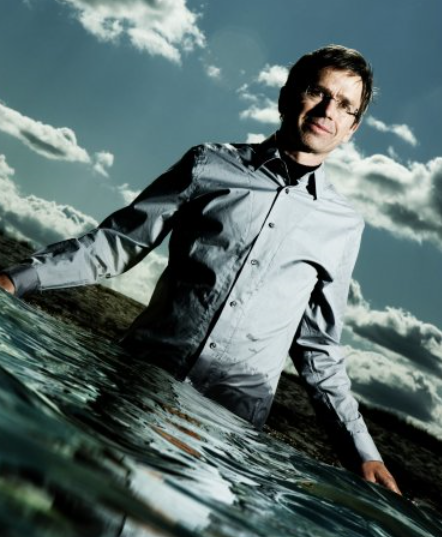 A good six years ago, Potsdam climate researcher Stefan Rahmstorf was outraged by the German Weather Service (DWD) at his at Klimalounge site.

The DWD had the audacity to contradict Mr. Rahmstorf. Specifically, it was about the presumed connection between the expansion of Arctic sea ice and cold winter weather. Rahmstorf’s simple model: Less Arctic sea ice causes cold European winters. At the time, he led a conglomeration of studies and claimed:

In my view, the above studies provide clear evidence of a link between Arctic ice loss due to global warming, and more frequent winter high pressures, particularly over the Atlantic-European part of the Arctic, and the associated influx of cold air into Europe. As we have often experienced it in recent winters – for example spectacularly in the first half of February 2012.”

In the process Rahmstorf became verbally wild and didn’t hold back dishing it out: The DWD was embarrassing, incompetent in questions of climate change, that it could not even read scientific papers, the arguments were flat. It was an unusually aggressive style of discussion that is seldom encountered in science. Rahmstorf original:

However, the taz quoted [German paper] yesterday the spokesman of the German Weather Service [DWD in German] as saying that if there was a direct relationship with the sea ice cover,  the entire winter would have to be very cold in Germany.  I think this trivial argument with which he would like to wipe from the table the climate research results shown above is pretty embarrassing for the DWD.  Of course open water in the Arctic does not prevent stochastic weather variability. There will always be warm and cold periods. In all these studies it comes down to changing probabilities in the prevailing weather patterns: Petoukhov and Semenov estimate that the probability of cold winter extremes could triple, that is even in the Abstract. One wonders whether the DWD representative has read the relevant studies at all – and if not, why he feels the urge to comment on them in the media. Unfortunately, it has a certain tradition that meteorologists dealing with weather, are not familiar with climate science.”

More than half a decade has passed by since Rahmstorf’s rumblings. In the meantime, research has taken up the topic professionally and now has certainty: Rahmstorf was completely off the mark. Sea ice does not play a major role in the cold waves. Press release of the University of Exeter from August 12, 2019:

The dramatic loss of Arctic sea ice through climate change has only a ‘minimal influence’ on severe cold winter weather across Asia and North America, new research has shown.

The possible connection between Arctic sea-ice loss and extreme cold weather – such as the deep freezes that can grip the USA in the winter months – has long been studied by scientists. Observations show that when the regional sea-ice cover is reduced, swathes of Asia and North America often experience unusually cold and hazardous winter conditions. However, previous climate modelling studies have suggested that reduced sea ice cannot fully explain the cold winters.

Now, a new study by experts from the University of Exeter, the Royal Netherlands Meteorological Institute and the Energy and Sustainability Research Institute in Groningen, has shed new light on the link between sea-ice loss and cold winters. For the research, the international team combined observations over the past 40 years with results from sophisticated climate modelling experiments. They found that the observations and models agreed that reduced regional sea ice and cold winters often coincide which each other.

They found that the correlation between reduced sea ice and extreme winters across the mid-latitude occurs because both are simultaneously driven by the same, large-scale atmospheric circulation patterns. Crucially, it shows that reduced sea ice only has a minimal influence on whether a harsh and severe winter will occur. The study is published in leading science journal, Nature Climate Change.

Dr Russell Blackport, a Mathematics Research Fellow at the University of Exeter and lead author of the paper said: ‘The correlation between reduced sea ice and cold winters does not mean one is causing the other. We show that the real cause is changes in atmospheric circulation which moves warm air into the Arctic and cold air into the mid-latitudes.’ Over recent decades, the Arctic region has experienced warming temperatures through climate change, which has led to a large decline in sea-ice cover. This reduction in sea-ice cover means that areas of open water increase, which in turn allows the ocean to lose more heat to the atmosphere in winter – this can potentially alter the weather and climate, even well outside the Arctic.

Recent studies have suggested that the reduced sea ice or Arctic warming has contributed to recent cold winters experienced in the mid-latitude region – and that as the sea-ice reduces further through climate change, cold winters will become more frequent and severe. Now, this new study suggests that reduced sea ice is not the main cause of the cold winters. Instead, the cold winters are likely caused by random fluctuations in the atmospheric circulation.

Professor James Screen, an Associate Professor in Climate Science at the University of Exeter said: ‘The are many reasons to be concerned about the dramatic loss of Arctic sea ice, but an increased risk of severe winters in North America and Asia is not one of them.’ Dr John Fyfe, a Research Scientist at the Canadian Centre for Climate Modelling and Analysis, who was not involved in the research, writes in Nature Climate Change: ‘Blackport and colleagues put to rest the notion that Arctic sea-ice loss caused the cold mid-latitude winters, showing instead that atmospheric circulation changes preceded, and then simultaneously drove sea-ice loss and mid-latitude cooling.’

Minimal influence of reduced Arctic sea ice on coincident cold winters in mid-latitudes by Russell Blackport, James Screen, Karin van der Wiel and Richard Bintanja is published in Nature Climate Change. It was funded through a grant by the Natural Environment Research Council.”