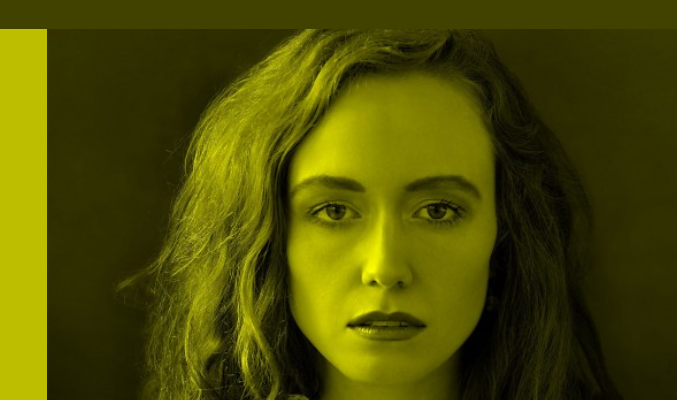 Stockmann portrait is based on the published book by Greta Thunberg’s mother, Malena Ernman: “Scenes from the Heart”, which describes Greta’s past life and her path to becoming an environmental activist.

Family a drama and tragedy

Having read the book, Stockmann writes that “nothing surprises any more and that Greta being climate prophet is merely the tip of the iceberg of a family drama.”

What follows are excerpts of Stockmann’s portrait of the Ernman-Thunberg family:

Malena Ernman is a successful opera singer. Her husband Svante Thunberg is an actor. […] By the time Greta enters the fifth grade, suddenly she is no longer feeling well at all. She refuses to eat, cries all day long and is depressed. […]

Greta’s hunger strike becomes life-threatening: she eats almost nothing for two months. The parents take her to the hospital and the Centre for Eating Disorders. [..] In addition, Asperger’s syndrome, highly functional autism and OCD (obsessive-compulsive disorder) are diagnosed.

One day at school Greta sees a film about the pollution of the oceans showing a huge island of plastic waste and bursts into tears. Overall Greta is unhappy at school. […]  She doesn’t feel well at school. Everything becomes too much for her.”

Soon afterwards, little sister Beata also falls into a serious crisis. The parents have their hands full with Greta and neglect her: ‘Beata disappears into her room as soon as she comes home from school. We hardly get to see her. She feels our restlessness and avoids us.’

Because of Greta’s complicated food rituals, the then nine year old has to eat her dinner alone all the time. ‘Soon we’ll take care of you too, my darling, but first Greta has to get well,’ says Ernman she tries to cheer up her little daughter. She has a guilty conscience, but the situation can’t be changed, can it?”

When Beata enters the fourth grade, she can no longer bear to be with her family she has one tantrum after the other. She feels neglected, insults her mother as ‘slut’, ‘bitch’ and ‘worst mother in the world’ and throws objects at her.

At the age of 11, Beata is diagnosed with ‘ADHD with features of Asperger, OCD (obsessive-compulsive disorder) and a disorder with oppositional defiance’. Beata has developed several tics, for example she needs an entire hour to walk one kilometer, because she has to avoid certain paving stones. ‘She always has to put her left foot on first and if she makes a mistake, she has to start all over again.’

The remarkable thing about this is that she only has these constraints when she is with her mother. She [Ernman] writes: ‘And I can well understand that. I felt the same way with my mother – all my tics stood out much more strongly in her presence.’

Unfortunately Ernman doesn’t get to the bottom of it, at least not in her book.”

Ernman never blames herself, only others

On the one hand, she opposes the fact that others label their daughters because of their diagnoses. On the other hand, at the next moment she stylizes these handicaps as ‘superpowers’. Not once in the whole book does she question herself or her husband as parents. It is always the others who are to blame – the school, society, the health system. Or climate change.

“Because we were shitty. I felt like shit. Svante was shitty. The children were shitty. The planet was shitty. Even the dog was shitty,’ it continues. A projection of the own misfortune on the whole globe. The perfect excuse so that Malena Ernman doesn’t have to face up to any examination into the causes of her misery within her family.

With a lot of pathos, she takes CO2 values, statistics about psychological child and youth diseases and burn-out, storm catastrophe lists of the past years – then adds feminism and anti-racism – stirs once, and the pathetic rest of the book is finished. […]

A neurotic, repressing woman flees into a climate mania. She even tries to explain her fear of flying with her bad conscience about CO2 emissions. In the end she gets burn-out and her own ADHD diagnosis.”

The predicted climate catastrophe gives Malena Ernman and her family the opportunity to put their own fate and also their responsibility for their own well-being at the bottom of the list. The earth is sick, the Thunbergs are sick.”

They are also the poster family of the climate rescue movement. It’s astonishing that the activists and media are exploiting the family the way they are.