It’s certainly no misperception that global warming alarmists have become far more shrill over the past months with ever wilder, more sensational claims about how the climate is getting more dangerous.

For example, in his COP25 opening speech, many of the claims made by UN Secretary General Antonio Guterres outright flunked the reality test, were exposed to be outlandish and seemed to be completely made up.

At Twitterm, Timjbo tweeted some Sky News footage of a statement made by the UN Secretary General, followed by a fact-check:

Many of Mr Guterres’ assertions in his opening speech #COP25 didn't stand up to scrutiny, including his claim a record number of people are dying due to climate-related disasters. @CraigKellyMP #Outsiders

Not true, the #UN is after cash.

“Incredible 98% reduction” in climate deaths since 1930

The footage of Guterres is then followed by a Sky News panel analysis at Sky News, which featured MP Craig Kelly, who said that Guterres told three untruths in a single sentence.

First, Guterres claims a greater number of deaths from climate-related disasters, but this is untrue as the data chart show: 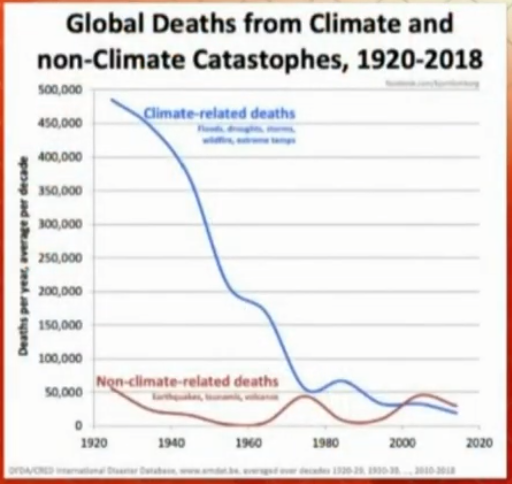 Guterres is saying the exact opposite of what is true

Kelly shows that climate-related deaths are “at the lowest level in history”.

“There’s been a 98% decline, an incredible 98% decline since the 1930s,” said Kelly. “And this year we’ll get the lowest number of deaths from climate-related  disasters, ever!”

Kelly slams the UN Secretary General for saying the “exact opposite of what is true.”

Also shown by Sky News is a chart depicting the number of reported natural disasters since 2000. 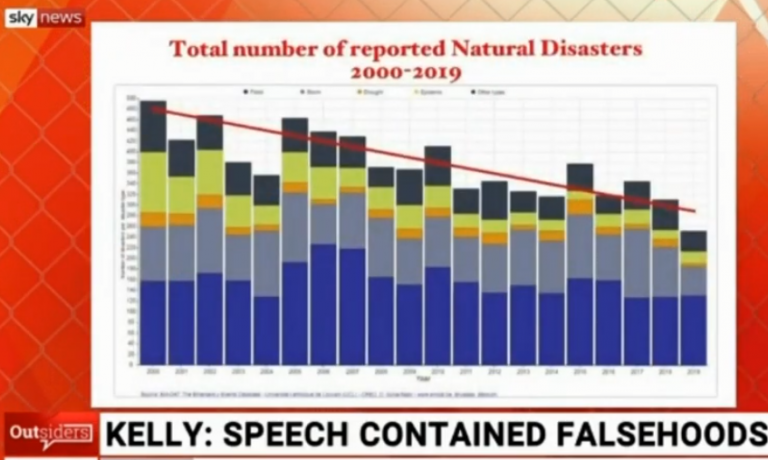 It’s a lie that climate-related disasters have increased.

Here as well climate-related disasters have fallen steadily since 2000.

Kelly believes that money is behind all the falsehoods. “The UN is after cash,” Kelly says. He adds: “Now when someone makes false and misleading statements asking for cash, that is called fraud.”

Lie no. 3: “The costs of disasters is increasing.”

The third lie in the Secretary General’s whopper statement was saying the costs of disasters was rising. But here as well the data tell the opposite story: 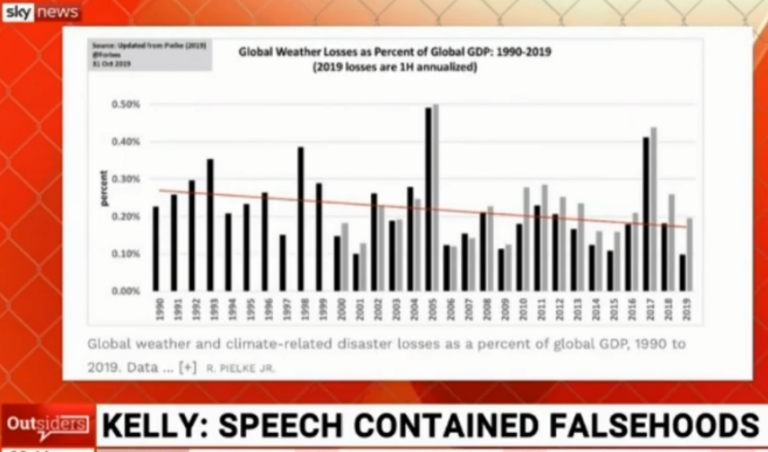