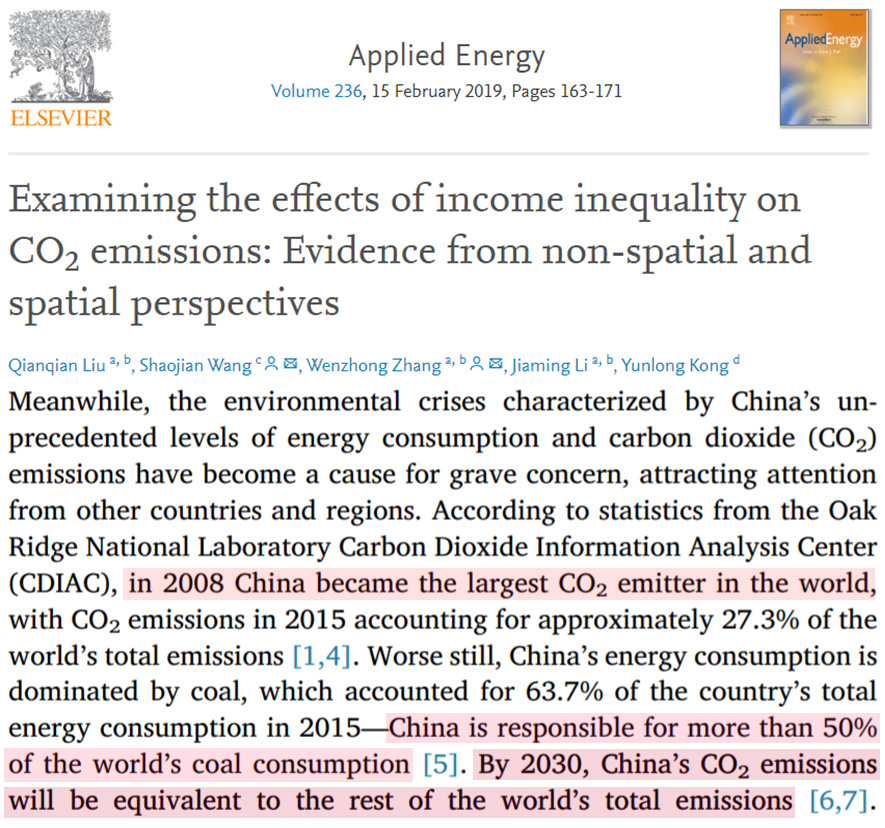 Much of the reason for China’s emissions domination is because its citizens consume more than 50% of the world’s coal.

China is in the process of building 100s of new coal plants, with plans to add a new coal plant every 2 weeks for the next 12 years.

According to the People’s Daily, China, the country’s longest coal transporting railway, carrying 200 million tonnes of coal from north to east China every year, is now (October, 2019) in operation.

Due to its exponentially-growing energy demands, China will be responsible for 50% of the globe’s CO2 emissions within 10 years (Liu et al., 2019).

Why should the rest of us spend $89 trillion to reduce CO2 emissions?

According to proponents of CO2 mitigation policies, the cost of infrastructure changes required to reduce CO2 emissions to acceptable levels is $89 trillion by 2030. 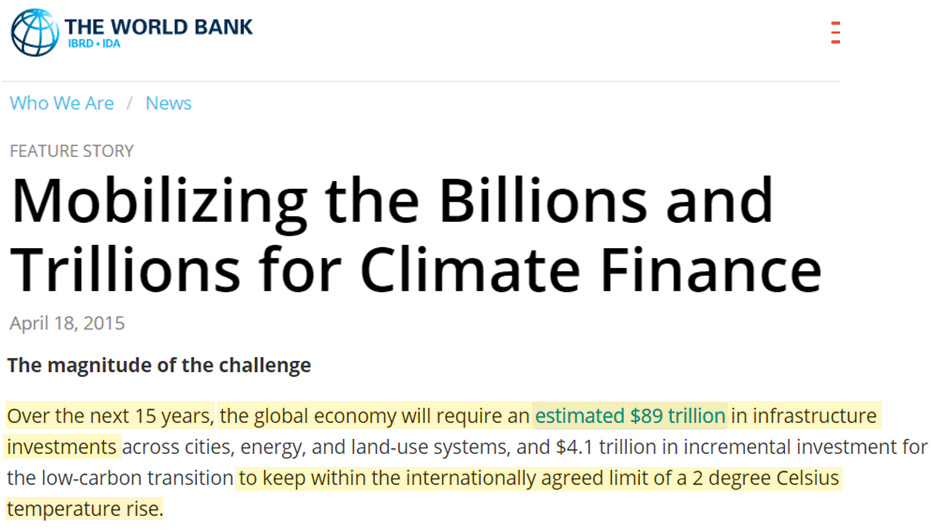 Per a scolding, we’re-not-spending-enough-on-climate article published in the journal Nature, we’re already spending about $600 billion annually on CO2 mitigation.

So we’re spending 100s of billions to 10s of trillions to reduce CO2 emissions in Western countries.

Meanwhile, China continues to build hundreds of new coal plants and grow its carbon-intensive infrastructure, thwarting any and all efforts to reduce net global emissions.

Why are we doing this?