Though the media like to tell their audience that man-made climate change is leading to more extreme weather, the data don’t support it. In fact, one could easily argue that Japan’s climate is more agreeable today.

By Kirye in Tokyo
and Pierre Gosselin

No trend in long-term annual precipitation

Over the past 100 years, for example, annual precipitation has not trended in an particular direction over the long term, showing rather some cyclical attributes: 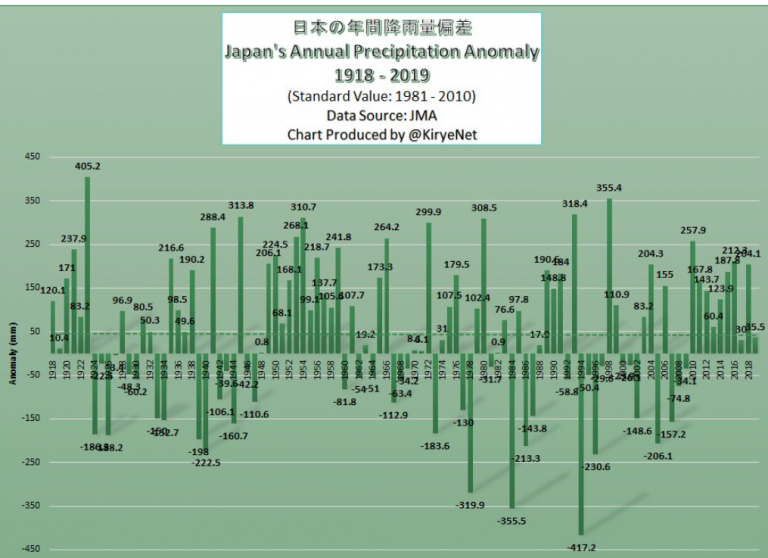 If anything, precipitation has been rather steady for the better part of the past 2 decades, and even resembles what was observed about 60 years ago, in the 1950s.

Note how the extremes in precipitation occurred in the 1970s and 1980s when most of the climate talk was about global cooling. But overall, there’s been no trend change in precipitation in Japan.

Typhoons forming, and those striking Japan, also show no worsening, as is otherwise often claimed by climate alarmists. What follows is a plot of typhoon landfalls for Japan and typhoons formed, since 1951: 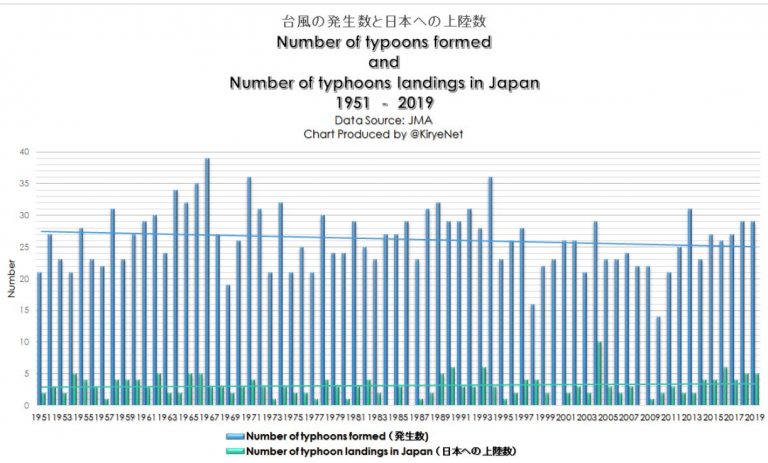 The data suggest the number of typhoons forming and those striking Japan have declined modestly over the past 70 years, which is in line with the trends for global tropical storms. So there’s nothing alarming happening.

Also nothing dramatic is happening with regards to Japan and sea level rise. This is the official conclusion of the JMA! Their site states:

Finally, we look at Japan’s mean annual temperature trend over the past 100 years. Though we see an overall rise – it had remained more or less steady for some 80 years, from 1918 to 1990. But suddenly in 1990, the mean temperature jumped to new plateau. 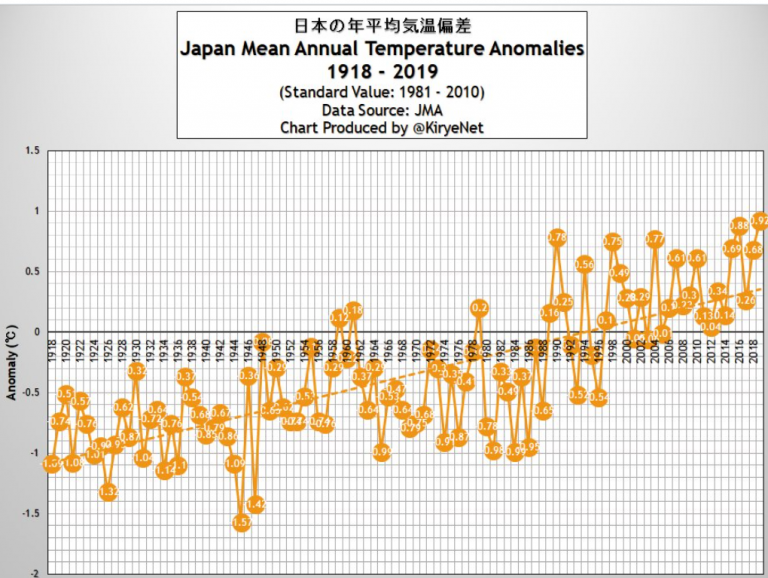 Perhaps this may have in part been due to a change over to electronic measurement systems and urban heat island effect, along with station siting. One thing can be ruled out: Any CO2 effect would not act so instantaneously.

Japan’s climate has not really worsened

Overall in terms of weather extremes, cold and storms, things in Japan have not gotten worse. In fact one could easily argue things have tamed just a bit.

7 responses to “Despite 1990s Warming, Japan Climate Has Become More Agreeable, Less Extreme Over Past 100 Years!”