But what they don’t tell us is that in many places that change has gone in the opposite direction of what alarmists like to have us think.

Moreover, that change is obviously driven far more by natural causes, such as solar and oceanic cycles, and has very little to do with man-made CO2.

Today we look at the untampered temperature datasets of the Japan Meteorological Agency (JMA) that go back to 1988 and which are mostly complete.

Here’s the plot of the 6 stations with adequate data: 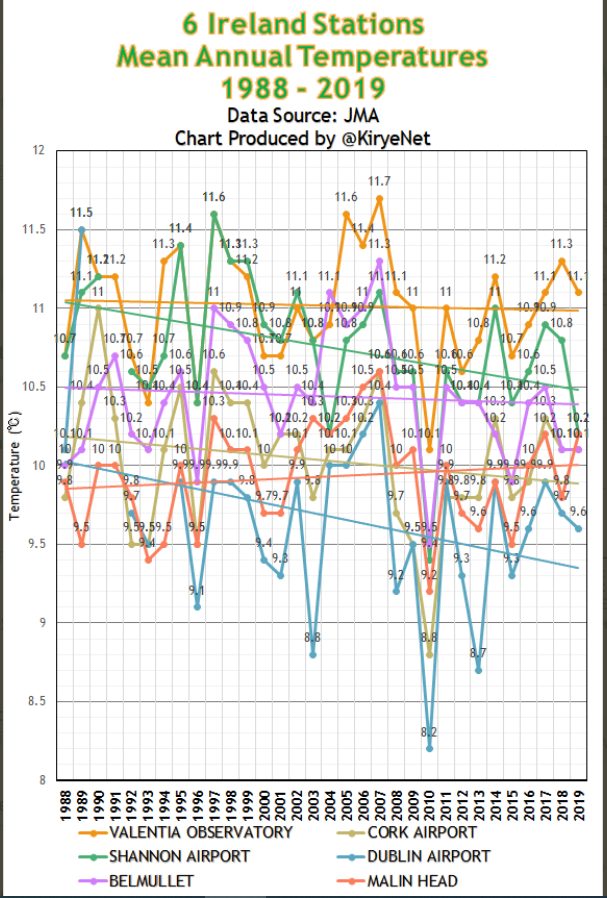 Five of the 6 stations show cooling or no upward trend. Earlier predictions of rapid warming are proving to be false.

Next is a plot of 8 stations using data from NASA, which show notable cooling trend over the past 25 years: 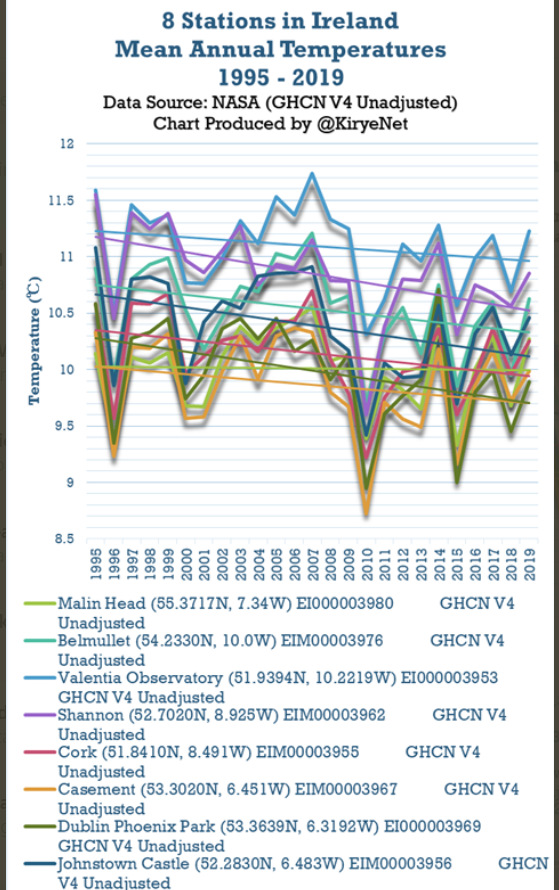 When it comes to wind energy, we’re seeing strong signals against it coming from Vermont, a state that is as politically blue, and thus pro-green, as any state could possibly be.

One would think that the Green Mountain State would welcome “clean”, renewable wind energy and happily make its contribution to rescuing the climate and environment. Vermont, after all, is home to Bernie Sanders and Bill McKibben.

Ironically, Vermont’s strong environmental streak is backfiring on industrial wind. Vermont citizens are realizing industrial wind parks are not green after all, and aren’t worth defacing the rural landscape. Vermonters now more than ever want them the hell out.

“In 2012, there were over a dozen wind projects in development. Now there are none. This is truly a sad state of affairs for Vermont,” stated David Blittersdorf, CEO and founder of AllEarth Renewables.

Meanwhile voters in the tiny Vermont village of Grafton have endorsed a new town plan that prohibits industrial and commercial wind, reports the Brattleboro Reformer here. “On a 95-66 vote during an all-day ballot Monday, residents approved the new town plan, which bans any large wind facility, and includes other planning updates.”

Also neighboring Windham has said “no” to industrial wind parks by developer Iberdrola, which has since “dropped its plans to build what would have been the largest wind project in the state of Vermont,” writes the Brattleboro Reformer.

Good to see Vermonters are finally waking up to the green energy madness and landscape blight and zero benefit it all leads to.

4 responses to “Ireland Temperatures Cooling Since 1988. And Deep Blue Vermont Says ‘No’ To Wind Power”