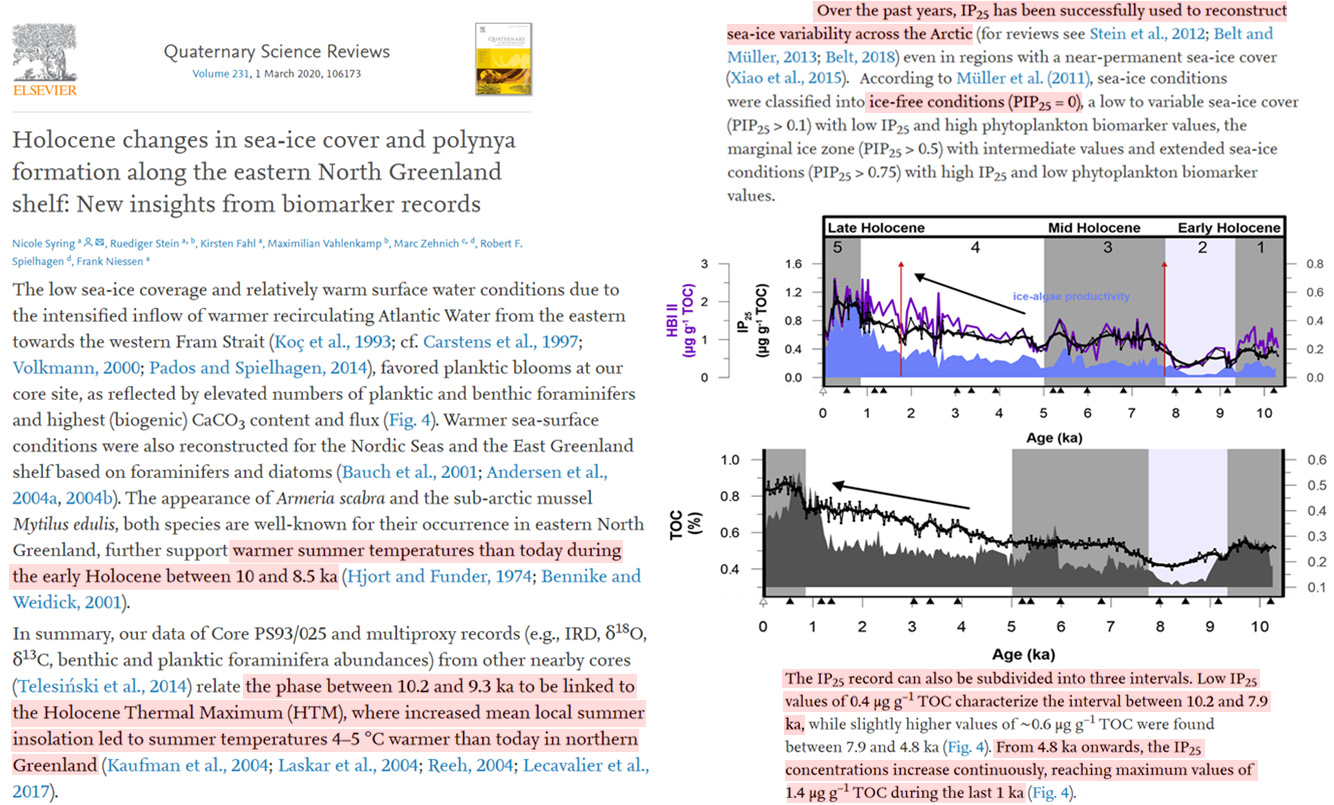 In a new paper (Syring et al., 2020), scientists rely on biomarker evidence – (a) the presence of warmth-demanding species Armeria scabra and Mytilus edulis, and (b) IP25, a proxy for the presence or absence of sea ice – to suggest not only were there much warmer (4 to 5°C) northern Greenland temperatures 10,000 to 8500 years ago, but effectively sea ice-free conditions pervaded the region during this time.

The sea ice in the region has been growing “continuously” for the last 4800 years, reaching its peak during the last millennium.

The authors also find decadal- and centennial-scale periodicities in solar activity have coincided with variability in Arctic sea ice (IP25) throughout the Holocene. 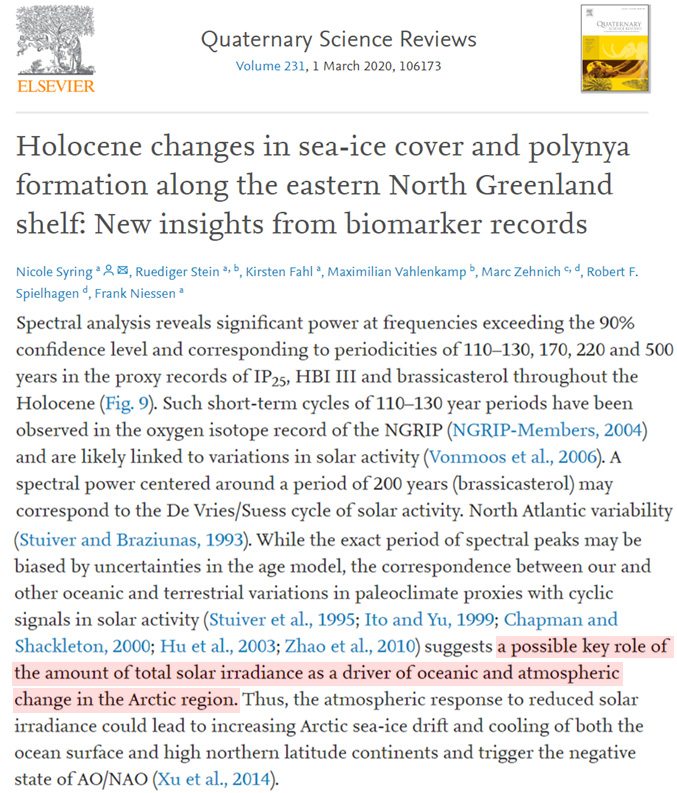