In Germany there have been rumors that the alleged Antarctic Seymour Island “all-time Antarctic record high” of 20.75°C set on February 9th is a hoax – originating by the AFP news agency and then spread by The Guardian.

The alleged 20.75°C was supposedly logged by Brazilian scientists and was supposedly almost a full degree higher than the previous record of 19.8C, taken on Signy Island in January 1982, The Guardian blared with much alarm, citing its own rush job chart.

Currently the WMO is seeking to obtain the actual temperature data for Seymour Island, part of a chain of islands off the Antarctic peninsula.

The WMO website itself is citing the media as its source, writing: “Media reports say that researchers logged a temperature of 20.75°C. Mr Cerveny cautioned that it is premature to say that Antarctica has exceeded 20°C for the first time.”

According to German Facebook site Klima.Wissen here and its readers, the “all-time record high reading” of 20.75°C appears to have its origins from the AFP news agency. It was then picked up by the always climate sensational The Guardian. But now the whole story is beginning to appear as just big sensational hoax.

First, WetterOnline.de here shows that the high temperature on February 9th at the Seymour Island station (Base Murambio) was merely 16°C! 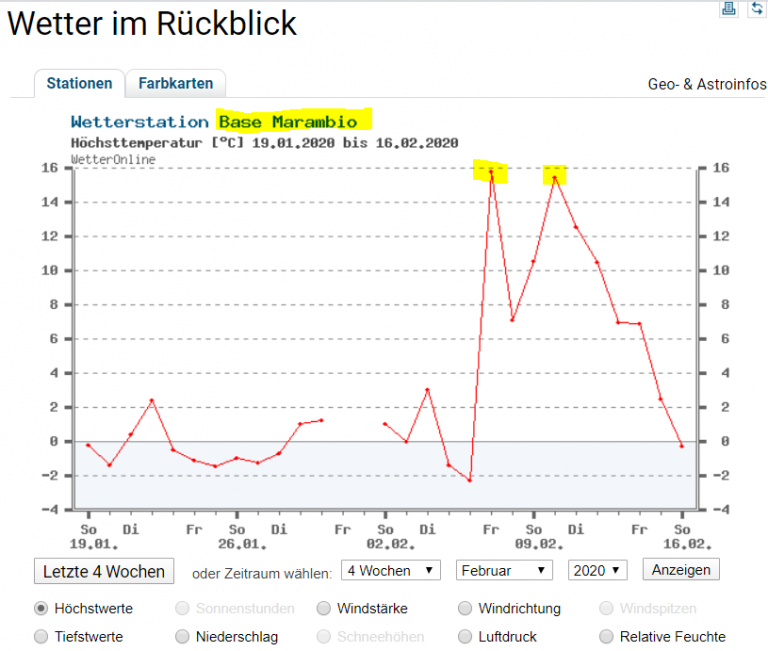 There was much ado over the record set at the Antarctic station Esperanza, which was reported to have reached 18.4° on February 7. Here Wetteronline.de confirms it, as does the Argentine National Meteorological Service: 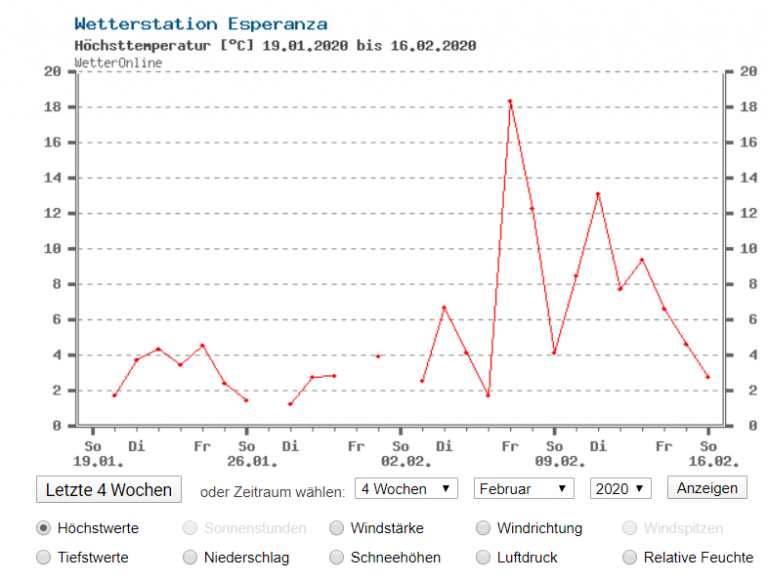 So what’s going on at the Seymour Island station? 16°C is not even close to the claimed 20.75°C record reading screamed out bloody-murder by the media across the globe. Maybe the Seymour station operators breathed on an unofficial thermometer outside, snapped a photo, and sent it out to the media. Who knows.

The chart The Guardian published is totally different from the one at the official wetteronline.de.

Looking at the Accuweather February temperatures, so far we see a high of only 7°C 0n February 9, 2020! 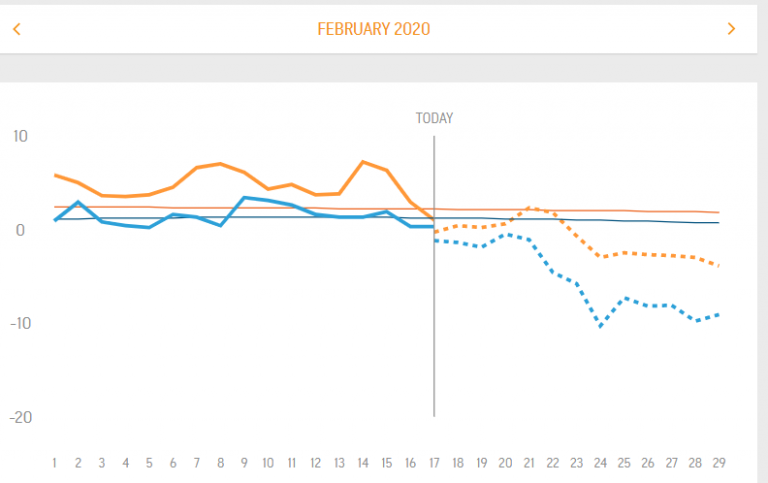 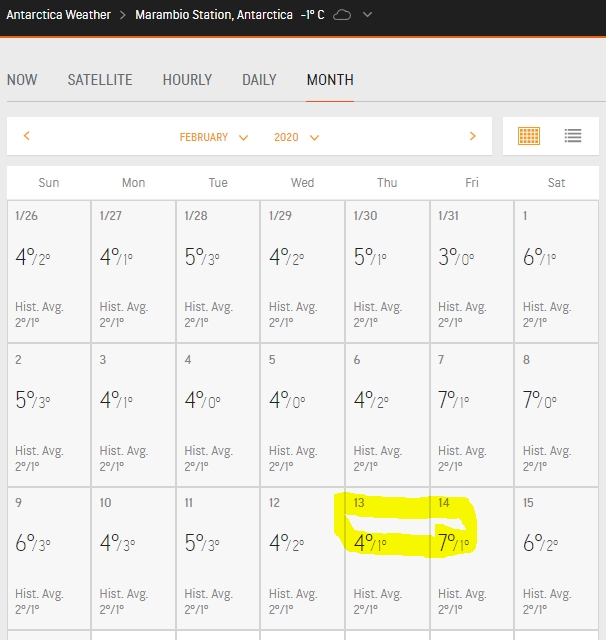 We’ll keep an open mind, though, and see what comes out officially. But it would be awfully embarrassing if the record never really happened. Right now the media and alarmists can only hope that the WMO will play along with the hoax and just say it happened so that the global alarmist media complex can save its face.

But the thermometer is sure telling us a very different story.

Will take some time to confirm the reading

“We first need to analyse the very important station metadata, e.g., location, type of equipment, measurement practices, calibration of the instruments, etc.) from the researchers involved.  Once we have those data, we can begin a formal evaluation as to the observation’s validity.  Unfortunately, accomplishing those tasks does not happen quickly (particularly with remote polar weather stations) so it will likely be some time before we at the WMO Archive of Weather and Climate Extremes can even give a tentative evaluation of this observation,” WMO’s Weather and Climate Extremes rapporteur, Randall Cerveny said.