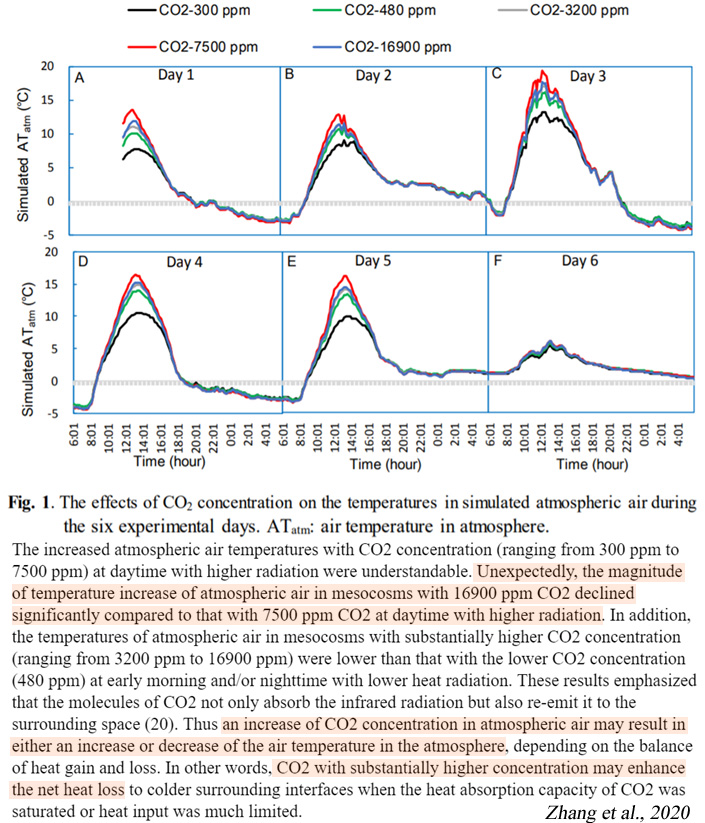 Can we find a real-world experiment assessing CO2’s temperature impact?

Most studies utilize extrapolations from radiation modeling that rest on a series of assumptions to theoretically assess CO2’s effect on the temperature of atmospheric air (Kennedy and Hodzic, 2019, Gerlich and Tscheuschner, 2009).

An exception would be Lightfoot and Mamer, 2018, who directly assessed the air temperature changes associated with specific CO2 concentrations. They found that CO2 is sometimes a cooling gas, and sometimes it’s a warming gas.

Supporting the contention of a dual cooling and warming – or negligible – effect of CO2 variability on air temperature, it has been determined that natural cave air may vary between 500 ppm in summer to 5000 ppm in winter despite very minimal seasonal temperture gradients (Pla et al., 2017). 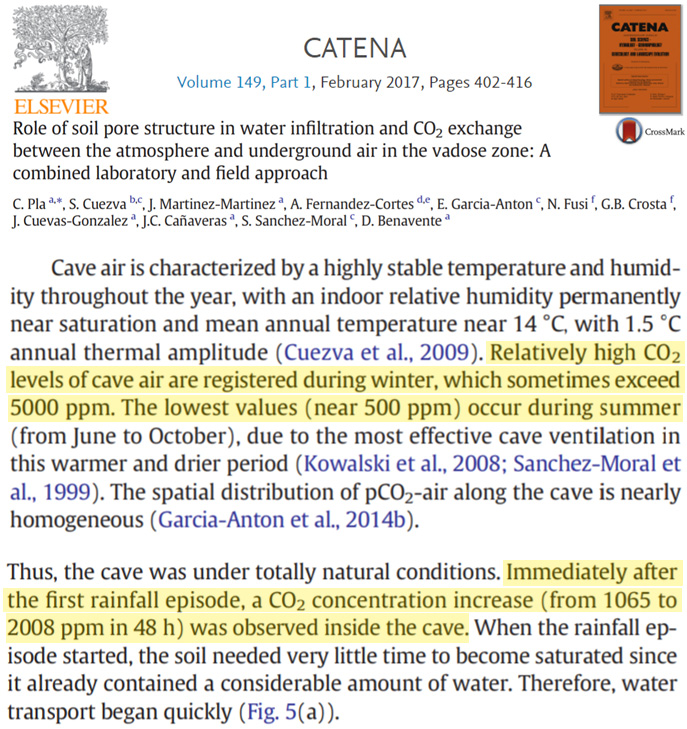 The seven co-authors of a new paper (Zhang et al., 2020) were intent on demonstrating the dangers of substantial CO2 emissions from soil and its contribution to the greenhouse effect.

Natural soil emissions are a legitimate concern for those who believe CO2 drives the Earth’s temperature changes.

After all, the air CO2 concentrations in soil can reach 20,000 ppm (Zhang et al., 2020), and natural yearly emissions from soil respiration/perturbation are 9 times greater than that from all human activity combined.

The authors suggest the higher CO2 concentrations rise, the more they “may enhance net heat loss”.

Similarly, even soil temperatures were cooler with the higher CO2 concentrations (16,900 ppm), leading the authors to suggest that substantially higher CO2 “may cool the soil”. 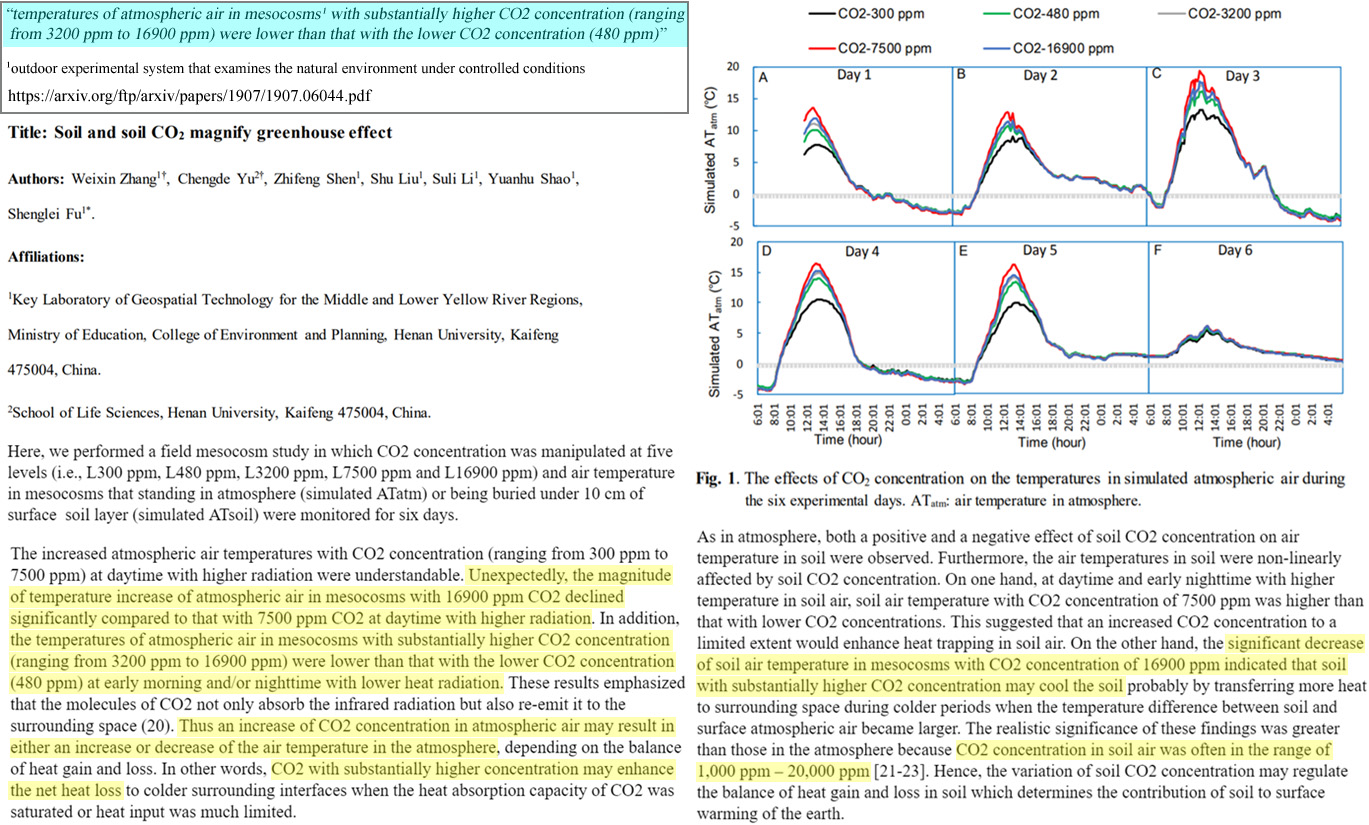