In some locations the power was out for hours, t-online.de reports.

Of course snow itself has little to do with the power going out. Rather the power outages are signs of an increasingly unstable power grid due in large part to the wildly fluctuating feed-in of volatile wind and solar energy.

Yesterday late evening’s storm and its winds led to wild fluctuation in the European power grid at around 8 p.m. The grid frequency critically dropped well below the 50 Hz value, which meant more power was being consumed than generated.

That means had the frequency dropped just a bit more, possible emergency grid switchoffs would have been needed, and so a widespread blackout was narrowly avoided.

The blackouts that did occur led to “many disruptions” to rail and auto transportation, t-online writes.

As of the time of writing this article 12:55 CET, hours-long power outages continued to hamper much of southern Germany: 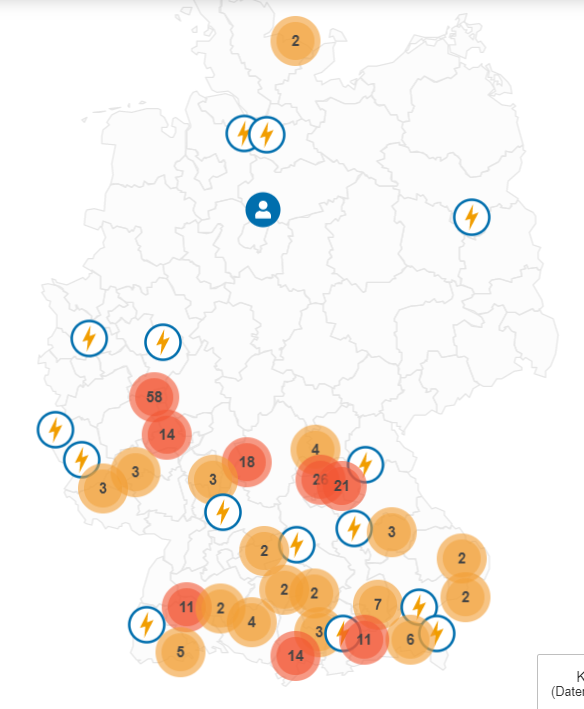