US Leads In Preventing Spread Of COVID-19 …Europe, Other Continents Faring Far Worse!

Lately we’ve been hearing lots from desperate politicians suggesting that the US response to the spread of the COVID-19 virus has not been adequate.

Here in Europe we’ve been hearing a lot about new cases arising on a daily basis, and when I compare the number of U.S.cases (February 29, 2020) to those reported here and in other countries, it’s hard to understand what all the commotion in the US is about. Things are far worse in Europe.

So far the US has reported 66 cases among a population of over 330 million. That translates to about 0.2 cases per million, despite the huge volume of travel between the US and Asia. In France and Germany the rate is 5 times higher (though they are doing a pretty good job fighting the spread). In Italy it’s 75 times greater!

What follows is a table showing the top 20 countries reporting COVID-19 cases. They are listed according to the number of cases per one million inhabitants. The list starts with the countries with the lowest rates: 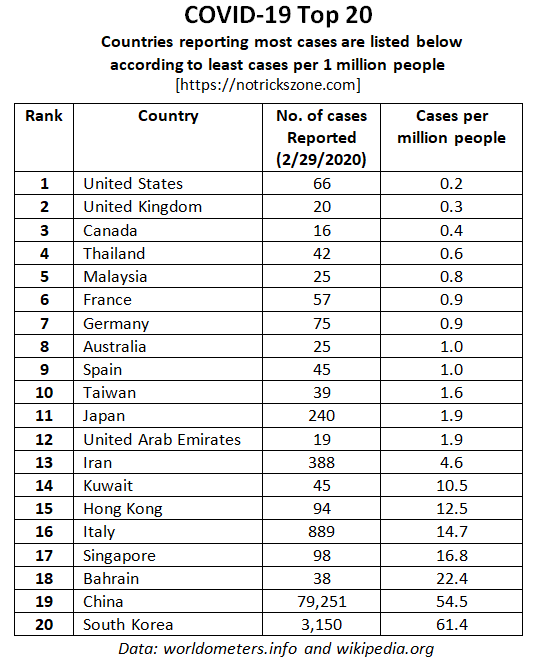 The U.S. and the U.K. lead the pack. The high success rate likely is in large part due to President Trump’s early decision to restrict air travel from China – a move for which he was loudly criticized not long ago. Now that decision has turned to to have been wise and has paid off.

South Korea, Bahrain and Singapore have a real problem along with China, where the virus is said to have originated.

Of course lots of factors are at play, and so the statistics above should be viewed merely as indicators. One local outbreak can change the stats fast.

The next challenge for the U.S. remains containing the pockets of infections that have been arising, some in not very well run places – like California. In these places it would be a wise idea to rapidly cancel public events, close schools and force workplaces to implement strict hygiene practices. I would even consider restricting interstate air travel from California for awhile under they get their house in order.

There’s no reason to panic as the death rate from COVID-19 is nothing like Ebola, SARS, or H5N1.

For those with a greater interest in pandemics, etc, I highly recommend the following book: 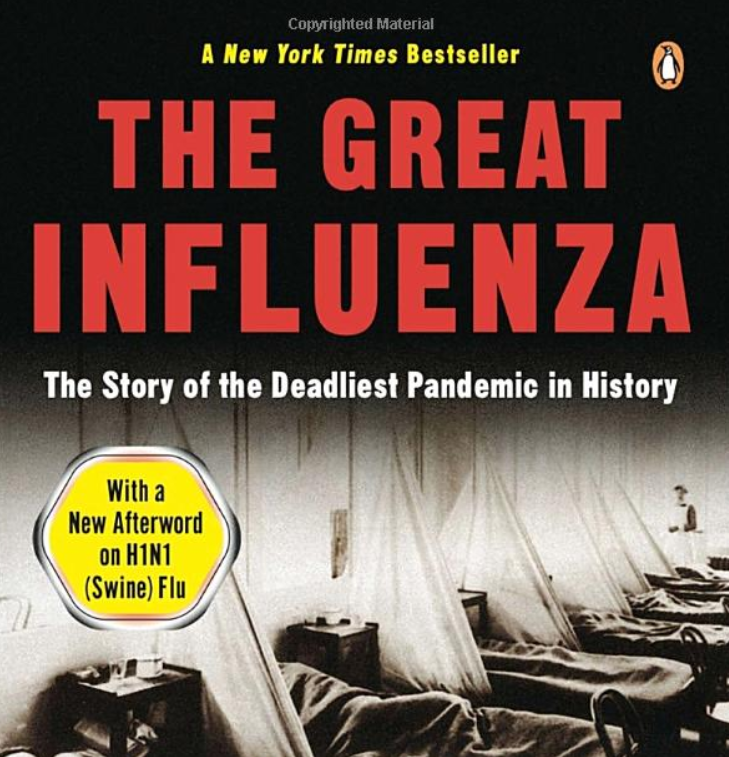 13 responses to “US Leads In Preventing Spread Of COVID-19 …Europe, Other Continents Faring Far Worse!”