The last two summers in Germany (2018 and 2019) were unusually dry and warm, and already alarmists began to screaming that this was just a preview of what’s in store for Europe’s crispy burnt future. 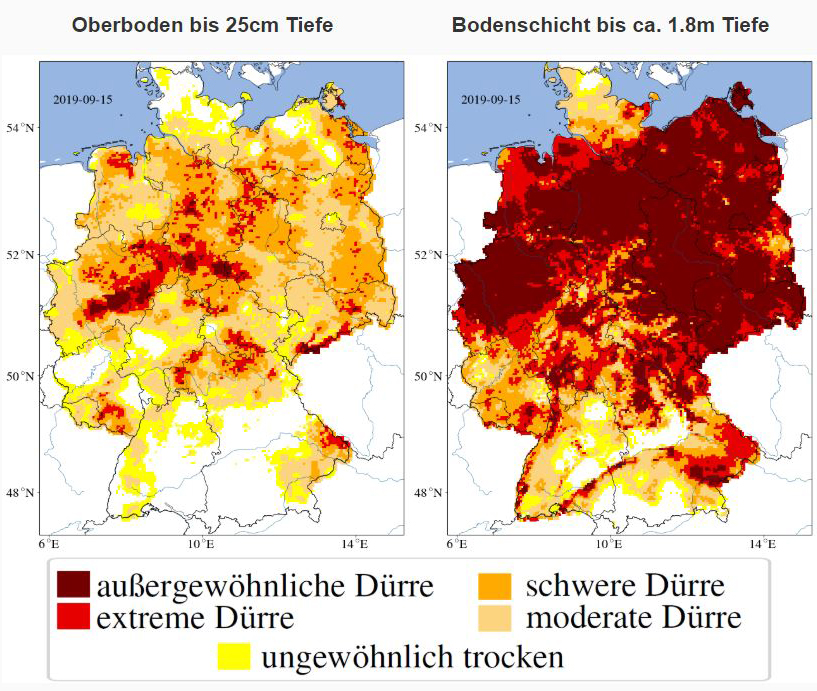 But the precipitation pendulum has swung to the other side. The German DWD national weather service now reports that February 2020 was the second wettest since records began. Only 1946 was wetter. Last month some parts of Germany saw rainfall that was double of what is normal.

In some regions it was even the wettest February, e.g. in Lower Saxony, Hamburg and Schleswig Holstein. The reason was a series of lows from the Atlantic moving directly over Germany.

Ground in many areas now over-saturated

Now the ground is well soaked down to the middle and deeper layers. In some parts of  Lower Bavaria and parts of eastern Germany, however, there is still dryness in some places at a depth of just under 2 metres. Yet, the situation is expected to ease there as well.

Currently much of Germany is over-saturated for the 0-60 cm ground depth: 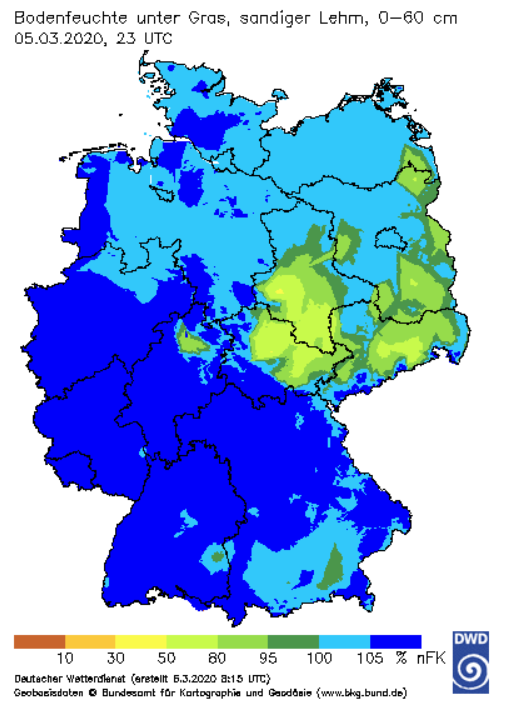 Moreover the 14-day forecast for Germany sees more precipitation ahead, which will further saturate the ground. Last year at this time, in the wake of the dry 2018 summer, the ground was much drier. So this year ground moisture levels will be in much better shape as summer approaches.

So, all the doom and gloom scenarios of severe drought and crop failures being the future of Germany have suddenly been washed away. Alarmists will have to go elsewhere to chase climate ambulances.