‘Widespread Cooling (Up To -1.0°C) In Western And Central Europe’ Has Swept Across The Continent Since 1992

A new study assesses a reduction in tree cover via urbanization or by clearing forests for cropland can warm up a locality by 1°C within 10 years. In contrast, transitions from croplands and urban centers to forests leads to cooling. Europe has been cooling recently (1992-2015) from land cover transitions to forests. 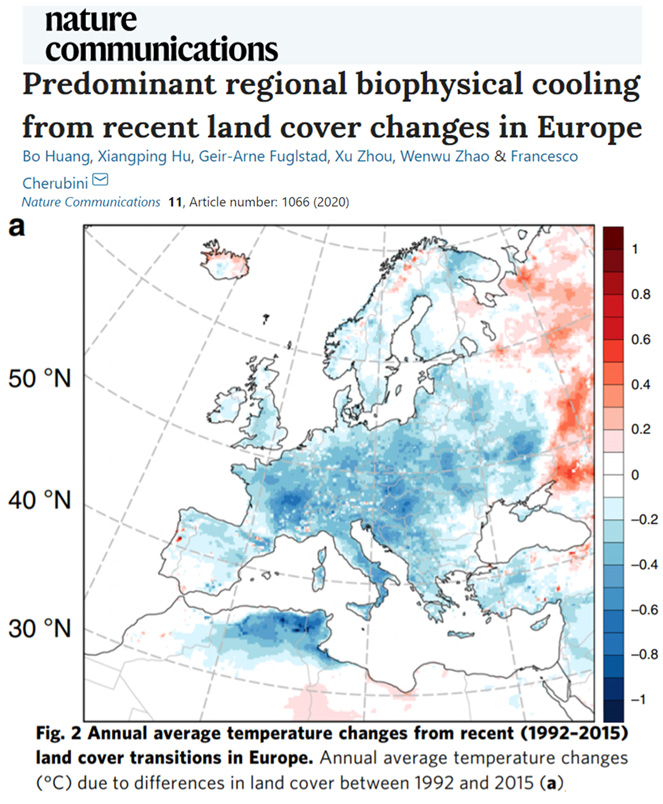 Further, reducing the green (trees and vegetated areas) in an urban center by as little as 11% can lead to a 0.21°C per decade (non-climatic) warming trend in the local thermometer record. 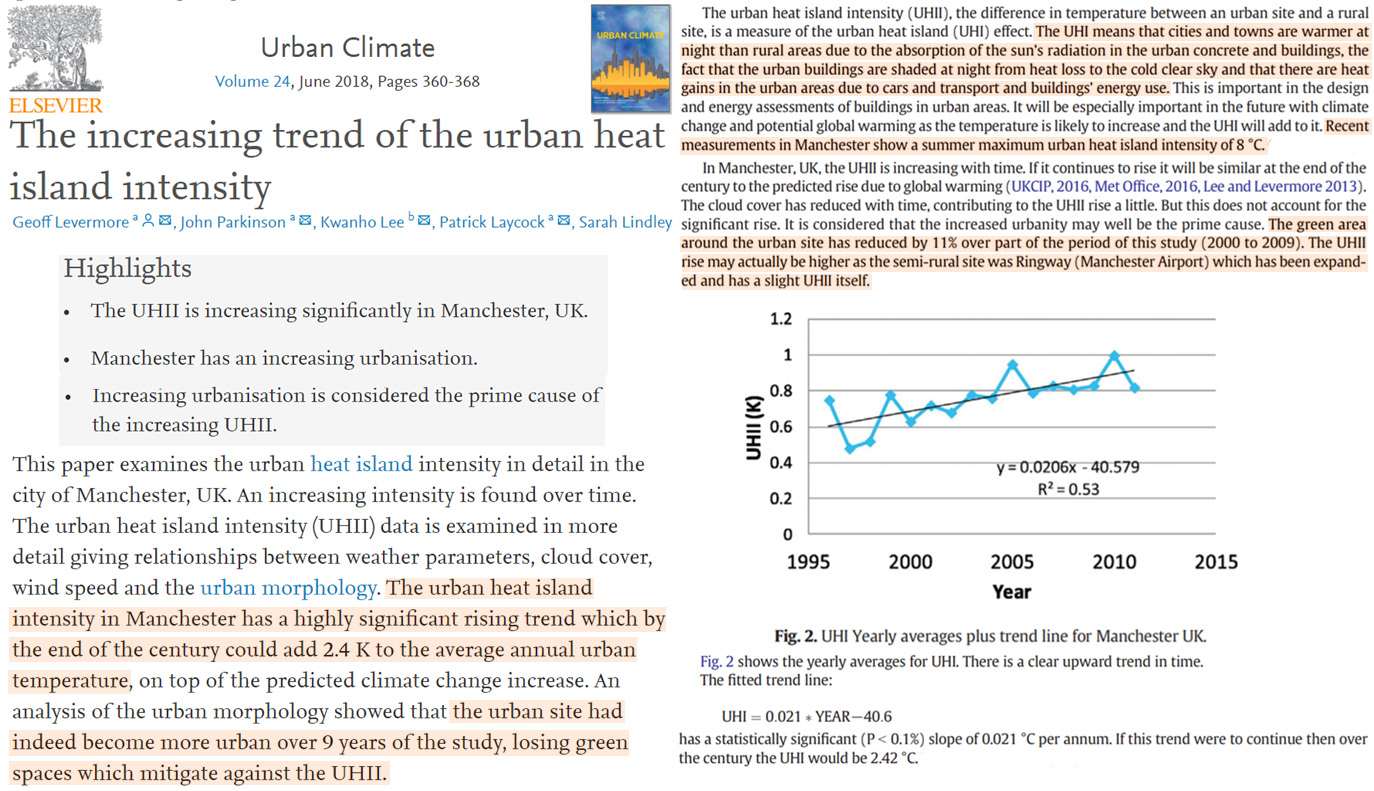 Global warming can be reversed via land cover changes

While forest losses can heat up local temperatures by as much as 1°C within 10 years (Alkama and Cescatti, 2016), a new study (Huang et al., 2020) has assessed the opposite can occur too.

From 1992 to 2015, there were about 70 million hectares (Mha) of land cover changes (LCCs) occurring across the European continent.

A substantial portion of these LCCs were “cropland-to-forest” transitions due to agricultural abandonment.

When a region returns to forest and tree cover, cooling ensues.

And with a growing percentage of European forested areas returning, a “predominant regional biophysical cooling” with “an average temperature change of −0.12 ± 0.20 °C, with widespread cooling (up to −1.0 °C) in western and central Europe in summer and spring” has swept across Europe due to LCCs in recent decades. 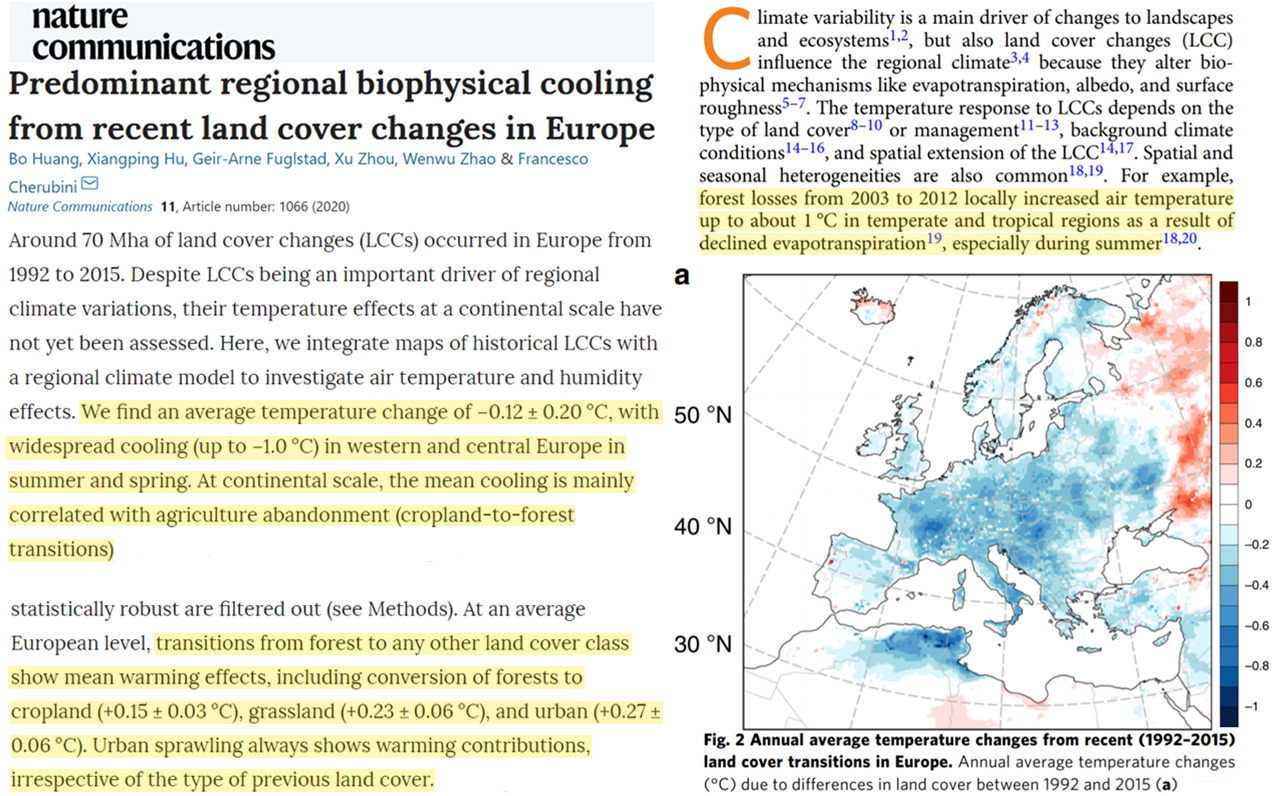 The implications of this study are profound.

First, the human effect on CO2 concentration changes appears to have minimal effect on local and regional temperatures relative to the much larger impact from land use changes.

More importantly, if reducing global warming is indeed the goal of policy makers, then denuding forests so as to install hundreds of steel-and-concrete wind turbines would appear to achieve the opposite of what it is claimed to do (reduce warming).

So why on Earth are we doing this? 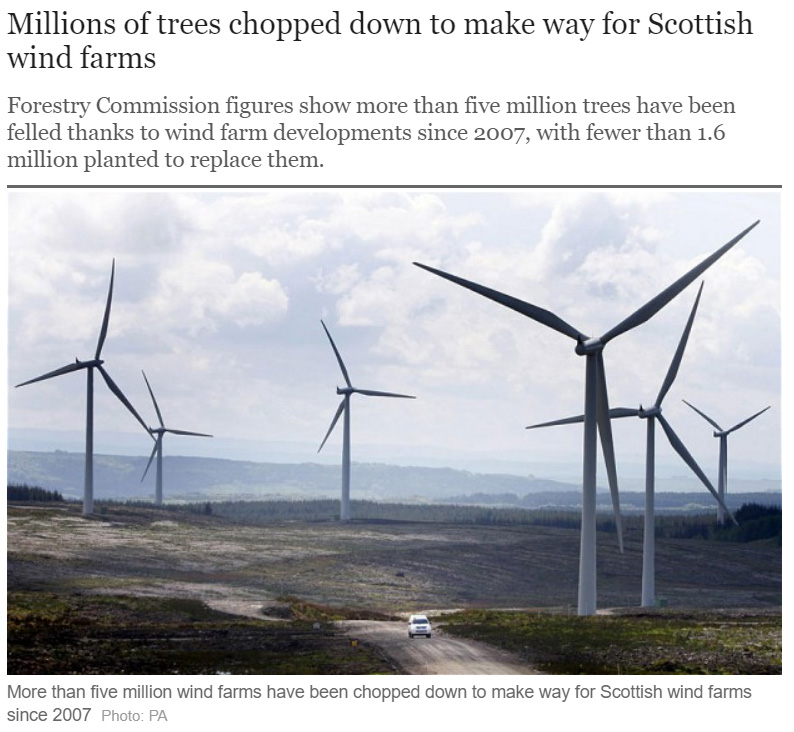 6 responses to “‘Widespread Cooling (Up To -1.0°C) In Western And Central Europe’ Has Swept Across The Continent Since 1992”