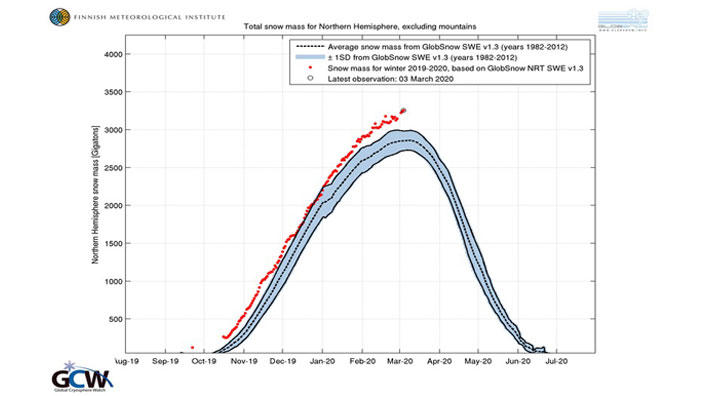 The Finnish Meteorological Institute (FMI) reports the total amount of snow in the northern hemisphere this winter season has been well above the long-term average from 1982 to 2012.

This will come as a surprise to Europeans, who have seen one of the mildest winters on record. According to RTL, “In those places where it was cold enough for snow at all, there was a lot of snow. The snow is meters high, higher than usual.” 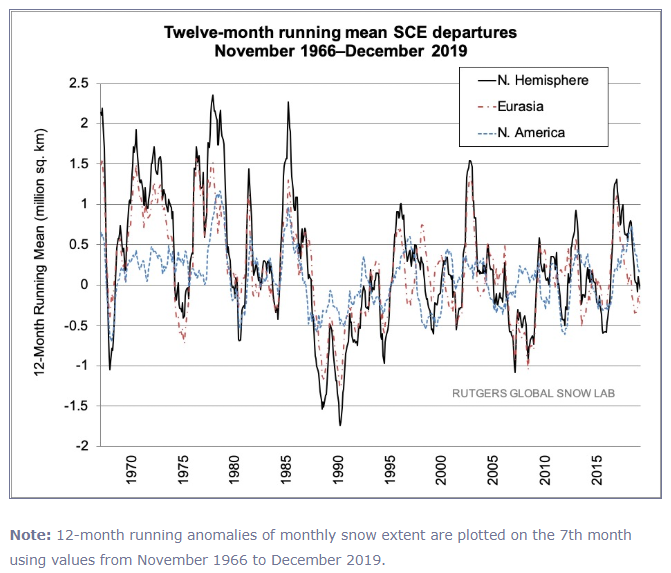